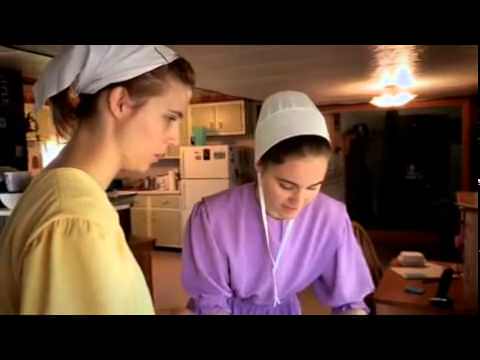 Yesterday I began talking about my favorite Amish reality show of all time, a 6-part documentary called "Living with the Amish."    The show is sensitive, well-done, and poignant.  If you missed my initial observations and thoughts about the series and Part I, click here.

For Part II, the series moves to Holmes County, Ohio and it stays there for Part III (I'll have a lot more to say about Part III).   Part II and Part III are largely spent among the "New Order Amish Fellowship" a much more progressive group of horse and buggy Amish.  That said, progressive doesn't necessarily translate into welcoming cameras and participating in a TV show.  So I am very impressed with what the BBC did.  Part II is set at the home of the Schlabach family in Dundee, Ohio.  It's fun to watch these kids lives slowly being transformed. Click here to see Part II.

« The Best Series: Living With The Amish - Part I
The Amish Cook: Gloria's Honey Sesame Chicken »