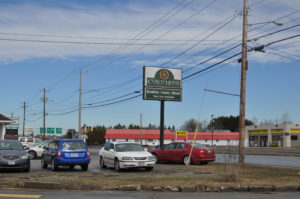 The Coach House in Brewer, Maine is typical of the state's diners: whoopie pies are popular!

The state of Maine and the Amish of Pennsylvania have been in a long-running, generally good-natured, feud about the genesis of the whoopie pie.  Maine claims the confection as their own, while Pennsylvania Dutch cookery does the same.  Squishing some creme between two cookies doesn't seem like it takes a great deal of genius, so I think it's possible they both sort of evolved in the same place.  Having just returned from Maine I can attest to the state's embrace of the whoopie pie, they are everywhere! Individually wrapped whoopie pies are available in most gas stations and convenience stores and many restaurants have them on the menu. 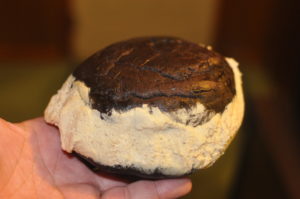 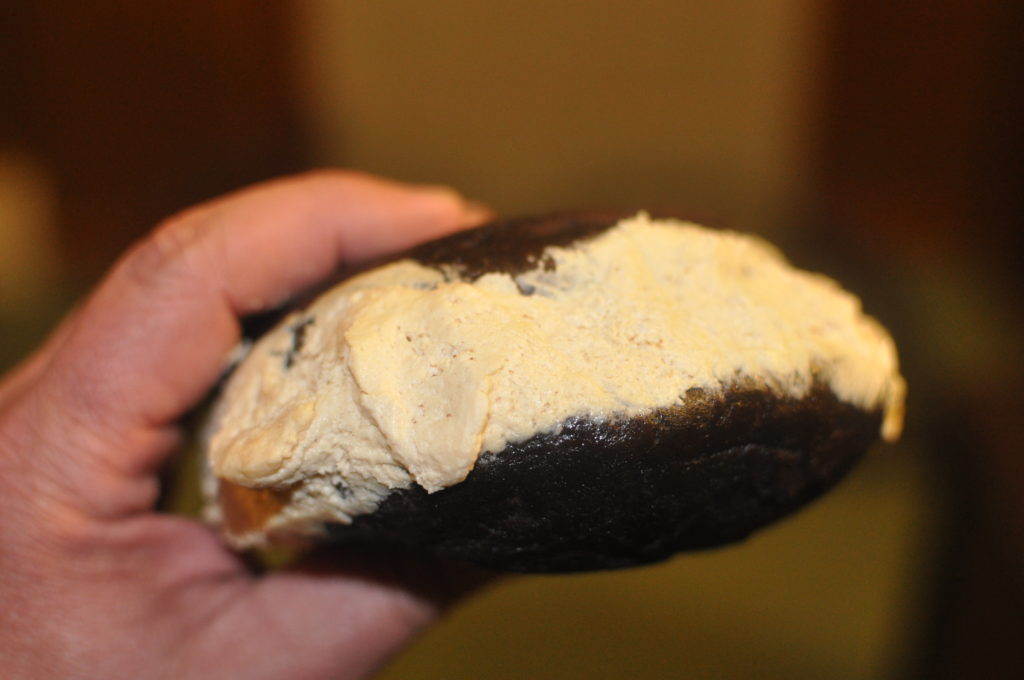 This is a whoopie pie that I bought at The Coach House restaurant in Brewer, Maine (SIGH, all in the name of research, of course).  They had some for sale right by the register (by the way if you are ever in Bangor, Maine, the Coach House is really good...delicious diner food, typical American fare but really delicious, definitely worth a stop...the dive across the street that I spent the night in...not so much)   The Maine whoopie pie seems to be a bit larger, maybe, than some of the Amish-made ones and the creme seems fluffier on the inside.  The cookies themselves also seem fluffier.  The whole Maine whoopie pie experience seems lighter, fluffier, and less dense than the Amish experience.  Myself, I like the heavier, denser creme and heavier cookie.  Ah heck, I like them both. That's the problem.  But, personally, if I could only pick one: heavy dense vs. light fluffy, I'd go with heavy dense.

This is a typical example of an Amish whoopie pie, smaller (of course there are exceptions, I'm speaking in generalities) with a chewier, denser cookie.  These are delicious! 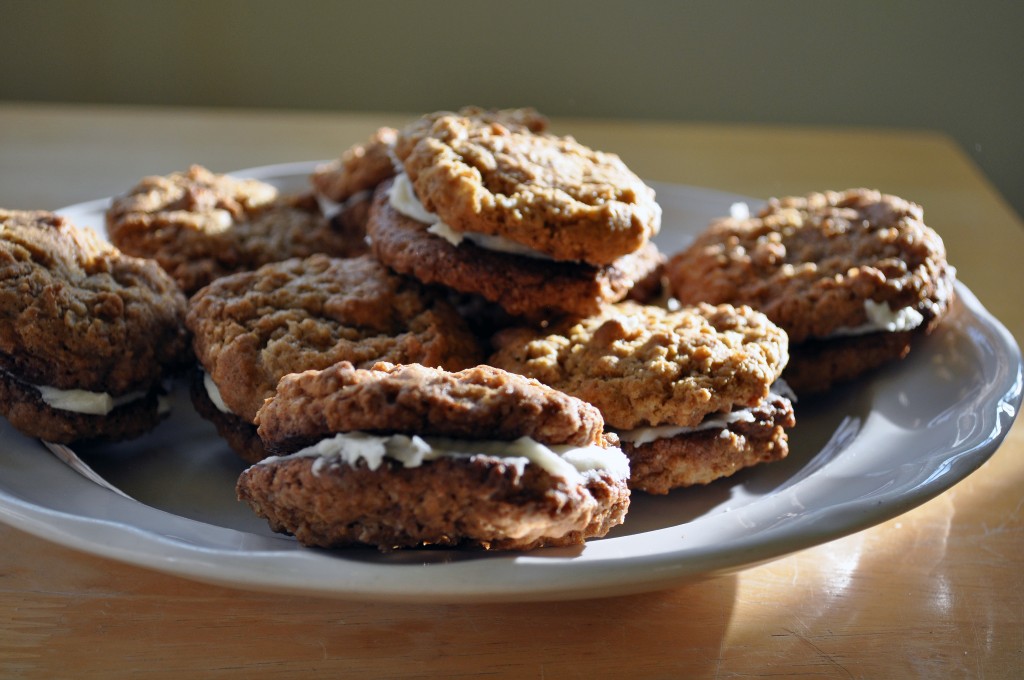 Here is a recipe for what you see above: Amish Oatmeal Whoopie Pies