I love gathering recipes directly from Amish cooks.  Their baking and cooking styles are often steeped in generations of tradition and culinary craft.   If I had the time and resources, I'd just a lot more energy doing that because I think it really captures Amish culture.  Of course, not every Amish person is a great cook and I've been disappointed before when inquiring about a "favorite recipe."   "Oh, my favorite recipe is to take a can of soup, open it, and heat it..." has been the response from an Amish cook on more than one occasion.... 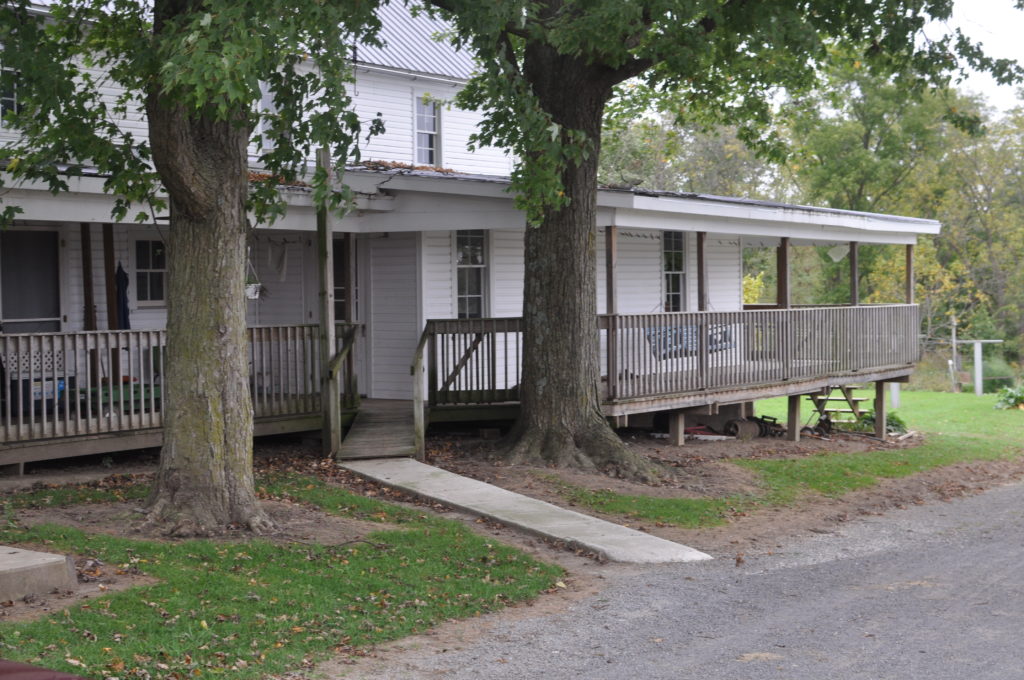 But when I was in Hardin County, Ohio's Amish community last week I was able to ask an Amish woman in an old farmhouse what her favorite "go to" dessert recipe was and she didn't hesitate in saying "chocolate cake."

She was about to give me this favorite recipe from memory and I eagerly scrawled it down and I am excited to share it with you.  It makes a really moist cake, she says.   I'd pair the cake with a delicious brown sugar frosting,but you can also use your favorite chocolate frosting.

The one thing I noticed about the recipe later was...geez....maybe the most important ingredient was wrong.  In my notes it says 2 teaspoons cocoa.  I don't think I wrote it down wrong.  But it was a cold, windy date, she was holding a child, reciting the recipe from memory, I think she probably told me the cocoa amount incorrectly.  She said 2 teaspoons cocoa but that, I would think, would make for a very limited chocolate flavor.  What do you think?  I compared this recipe with many other chocolate cake recipes online and none of them had anything close to "two rounded teaspoons cocoa."  Reputable sites like Taste of Home and others had similar chocolate cake recipes with 3 /4 cup cocoa.  Now this cake is smaller 9 X 9, but even allowing for that, my search of other similar-sized chocolate cakes come up with 1 /2 cup of cocoa.  On the other hand, if it really is somehow two teaspoons I hate to change the recipe.  So my advice when you make this is to put in two teaspoons first and stir and see what it looks like.  My guess is, you'll need more.  In the recipe card below, I just put 1 /2 cup because I know a lot of people just go to the recipe card and I simply am not confident that two rounded teaspoons of cocoa would do it.  She could have meant two rounded "cookspoons" which would give you a half a cup.... 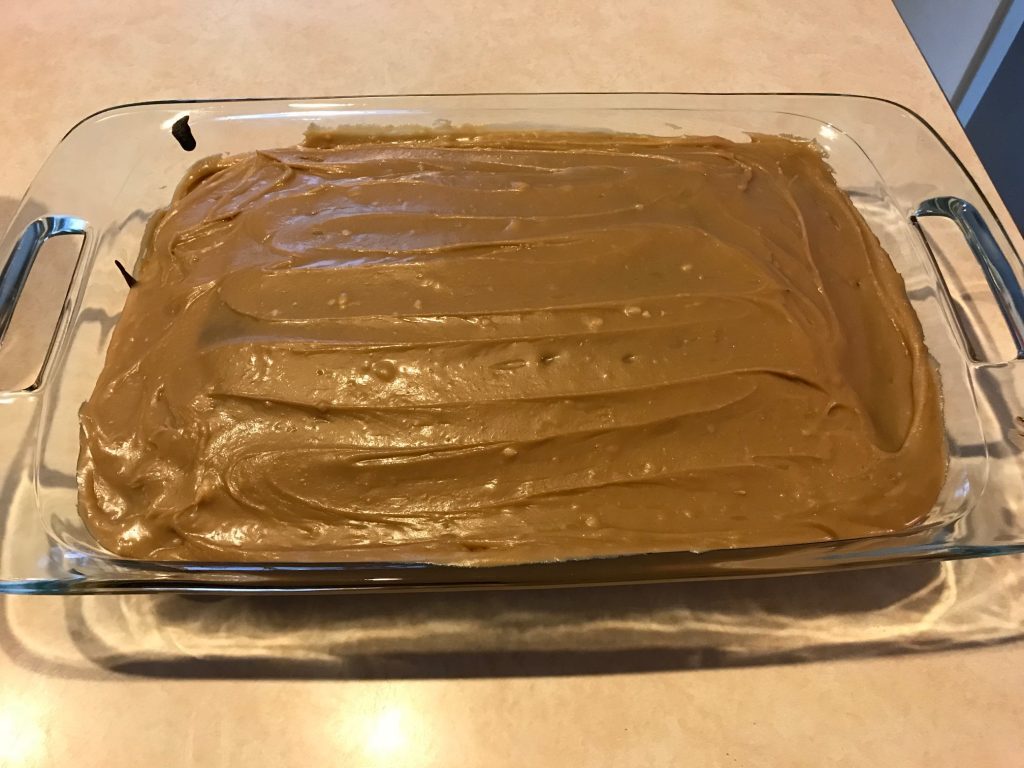 CLICK HERE FOR BEST-EVER BROWN SUGAR FROSTING, pictured on a chocolate cake above.

Tried this recipe?Let us know how it was!
« Amish in the News: Dutch Wonderland, Anyone? Peachey's Amish Doughnuts, Scrapple, and More!
Weekly Blogroll: Snowbirds Roost, First Snow at Dawn, Cinnamon Bread, Crock-Pot Apple Butter, and More! »