A friend of mine shot this photo at the Grand Canyon on Wednesday.  When he first sent me the photos I didn't even see what he was sending me.  Then he messaged me a bit more context.  If you look very carefully, a group of what we presume are Mennonites have entered a restricted area and have walked right up to the canyon's edge. 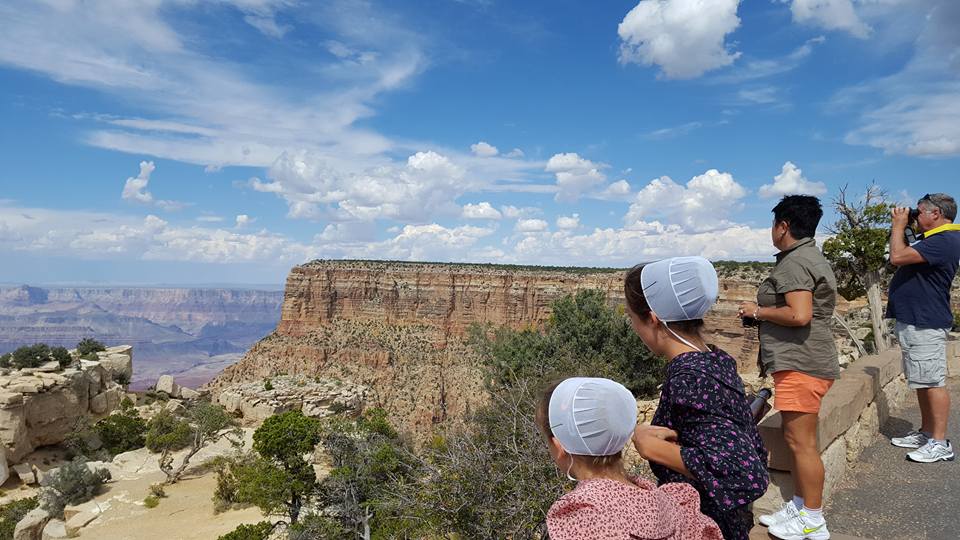 Three Plain ladies (we are presuming Mennonite from the dress, but they could be Brethren) in a restricted area of the Grand Canyon. 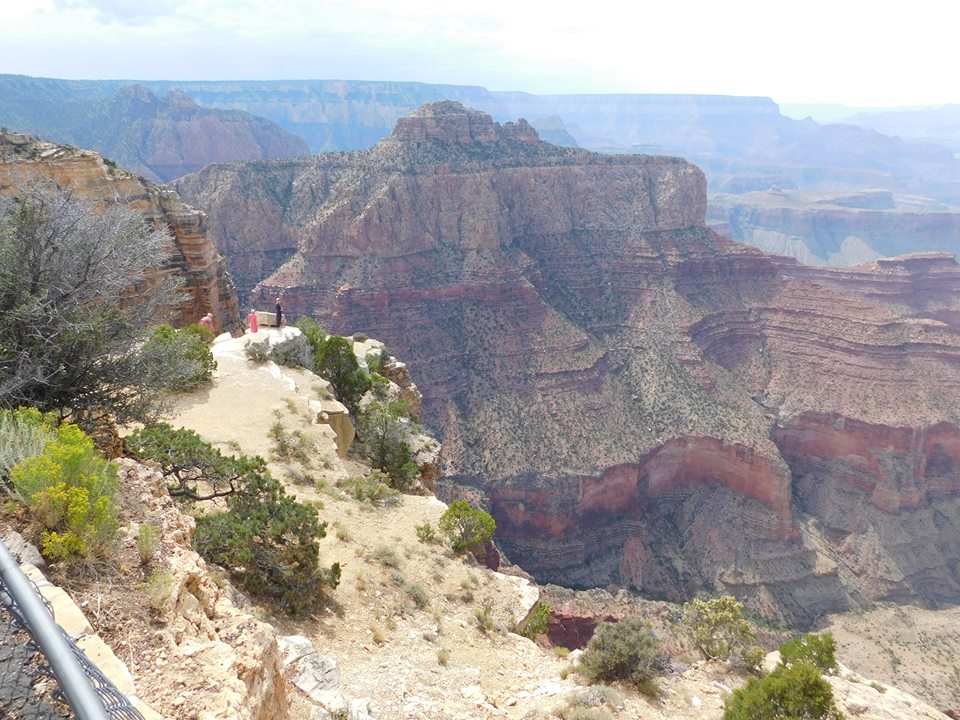 I'm going to try (no guarantees) to not come down too hard on them and offer some cultural context.  I have repeatedly seen an undercurrent among the Amish and Mennonites of "the rules don't apply to us" mentality.  Now, in fairness, there are plenty of non-Amish people who have the same mentality.  And, in even more fairness to them, that mentality has been reinforced by the court system (and I am not saying these liberties allotted to them are good or bad, that's a debate for another day).  Whether it's an exemption from a septic system or public education, the Plain people have enjoyed "carve-outs" by the courts so I can kind of see how that "rules don't apply to me mentality."

This is a zoomed in version of the photo.  With long dresses, probably Crocs, walking so close to the edge probably isn't wise. I can't tell how steep the drop is, but it looks pretty steep.

This type of mentality has come up time and again in St. Ignatius, Montana where the Amish community is on a Native American reservation.    I have been told that Plain people, Amish and/or Mennonites, are often flouting prohibitions on hunting and huckleberry gathering on sacred native lands.

Which brings us back to this photo.  You know, I do try to give people wide, wide latitude.  Is it possible  they somehow blundered into the area without realizing it was off-limits.  Perhaps.  But,I doubt it.  I've been to the Grand Canyon, it's pretty secure in terms of fencing.  It's reckless behavior.  To me it is one thing to make a snap judgment about someone who leaves a shopping cart on a berm (daily visitors to this site will know what I mean!:) and another about people who deliberately circumvent fencing, go down a steep slope and into a clearly restricted area.  That says "rules don't apply to me."

This is a statistical analysis of how many deaths there are at the Grand Canyon and their causes. Hint: falls are the number one cause.

Another cultural undercurrent this photo illustrates is the often blah attitude the Amish and Mennonites take towards risk.   They are often inoculated from risk because of their firm believe that whatever happens is "God's will."  If they fall from a cliff, so be it, that was God's will.  Again, I am not judging this line of thought, just stating something I've observed.   If you have no fear of death (an Amish man once told me he was so excited to get to Heaven that he "couldn't stand it") then, yes, you are more likely to walk on ledges than others.

Below are some photos of our Plain columnist Rosanna (I have made it my #1 goal to get her back by year's end) scaling some pretty formidable rocks.  She's fearless. Now, in her defense, the these rocks are open to the public, they aren't restricted, so in her case it's just daring and not flouting regulation.  That was my biggest issue with the Mennonite canyon people above, if you want to do that, that's fine, but you can't flout the park rules. 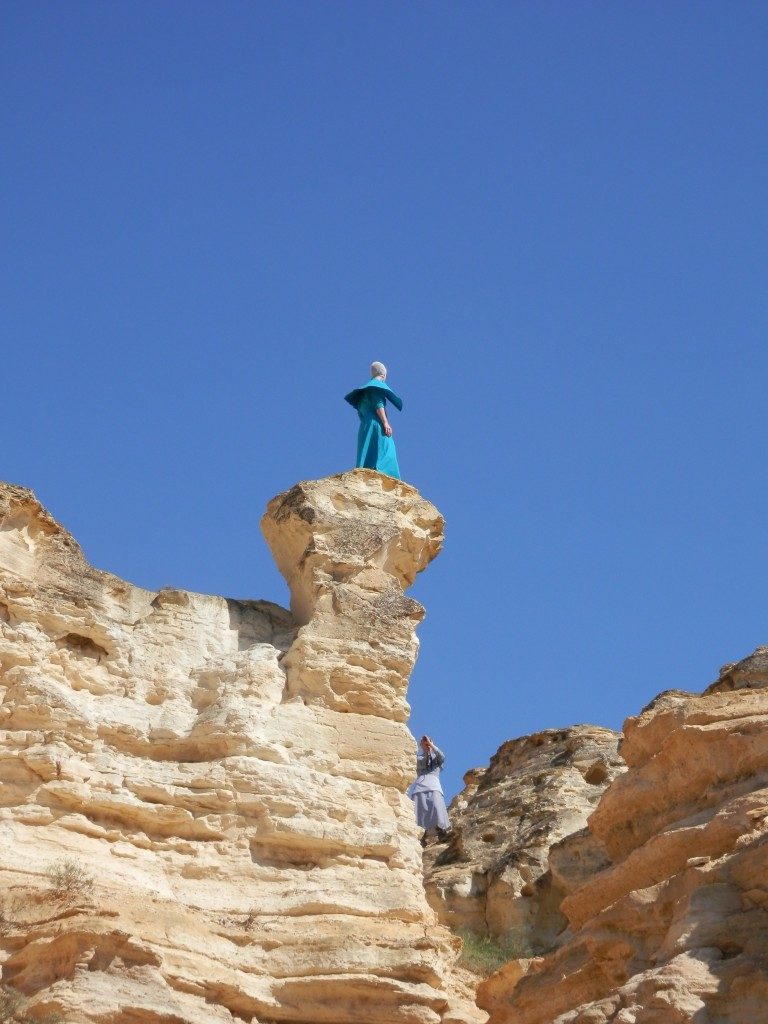 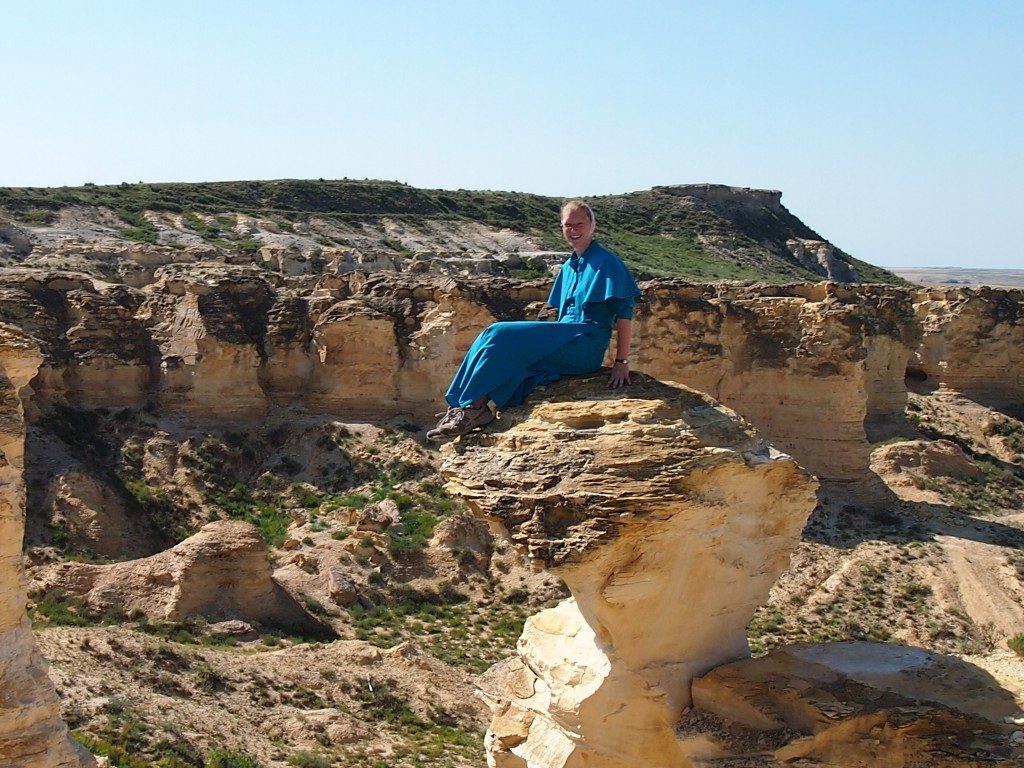