I've been writing this week about my Saturday visit to the Amish auction in Milroy.  What a fun event!  There were Amish in attendance from near and far, and this was the first time taking our daughter to such an event.  At 7 months old everything is new and interesting to her! So it becomes new and interesting for me, too.   So I'll leave you with some final scenes from the day.  One of the photos is a sign advertising the quilt auction ring.  This was a popular draw for those seeking hand-made quilts amd wall-hangings.  And speaking of quilting/sewing, take a look at this vintage sewing machine Rachel spotted up for auction.  Any one know how old this would be? (I don't know, just wondering if someone else does!:)

The field behind the school-house was packed full with buggies and horses lazily munching fresh grass on the beautiful spring day. Amish from many different settlements attended the event.  You could easily pick out the Amish from Wayne County, Indiana with their distinctive dress reflecting their Lancaster County lineage.  And the Amish pictured below are wearing the distinctive black head-coverings and dark blues associated with Berne, Indiana.  For some reason I witnessed vast amounts of Orange Crush being consumed by the Amish in attendance.  Note the young girl in the food line clutching the Crush can.  I'm not poking fun at anyone, this is a genuine culinary cultural observation:  soda pop has become increasingly common among the Amish.  In the days of agrarian isolation,  sugary drinks like soda were not typically found in Amish kitchens.  Coffee, tea, lemonade and water were the drinks of choice.  Now, soda has sneaked into the lives of most Amish.   Mountain Dew seems to be another particularly popular drink, followed by Pepsi.  My vice: Coke, is something I hardly ever seen consumed by the Amish. 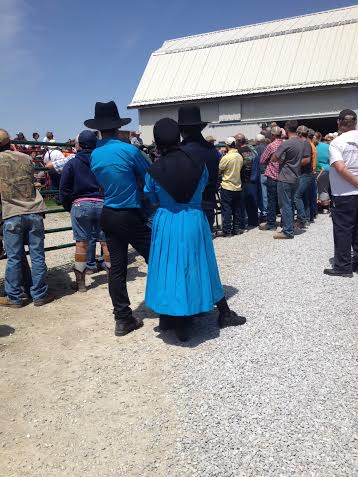 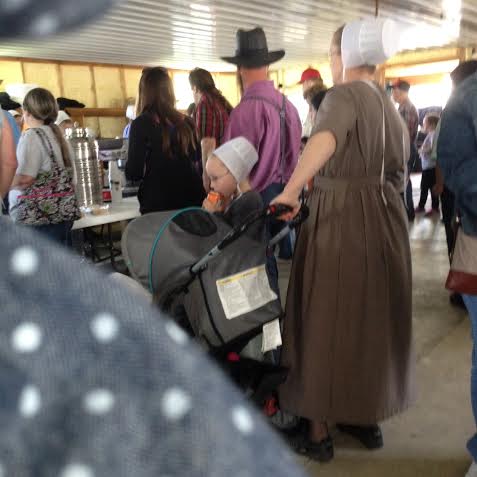 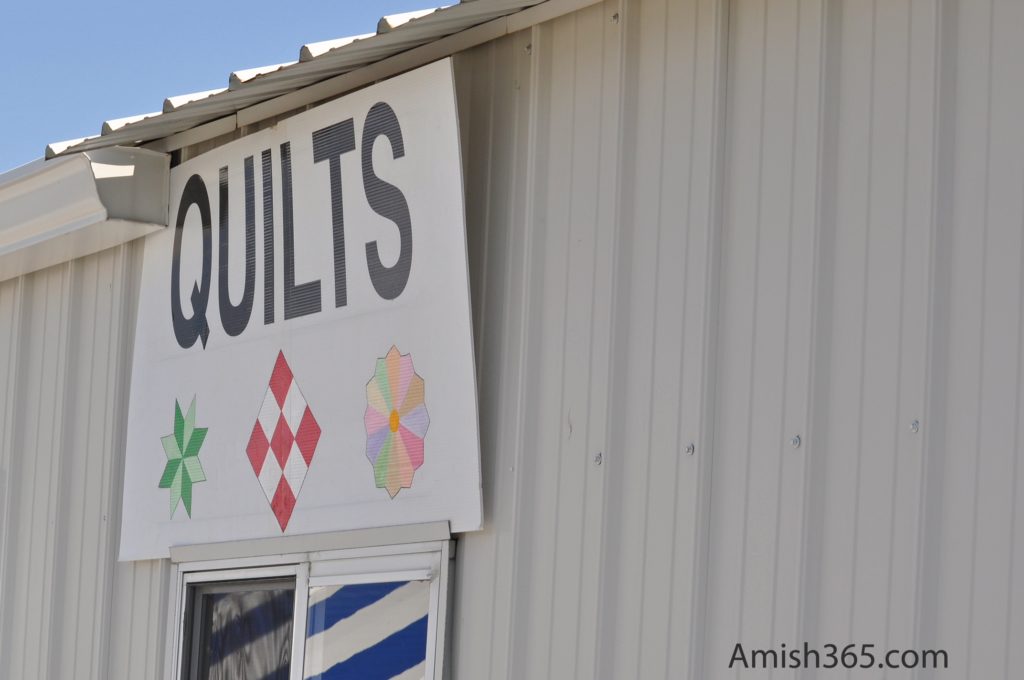