Recipes using tuna on Amish365 have been few and far between over the years.  But one of our readers recently asked for a tuna supper dish, so here is one.  Most Amish cookbooks, by the way, have several recipes using tuna....casserole type, usually, with noodles and other additions.  Tuna, historically, has not been used a lot in Amish kitchens just because, well, most Amish kitchens are in the Midwest USA and tuna is a seafood.  But in post WW II America as convenience foods became more accessible and even Amish-owned grocery stores began carrying tuna, tuna gradually found its way into Amish kitchens.

So, today's featured recipe comes to us from the Amish settlement in Rexford, Montana where simple, scratch-made foods or canned items are a necessity.  Winters are long in Rexford, so the Amish will stock up on grocery canned foods to get through the winter.  This is a dish that has potatoes and tuna and cheese and, yeah, a very hearty dish that my parents really enjoyed making. 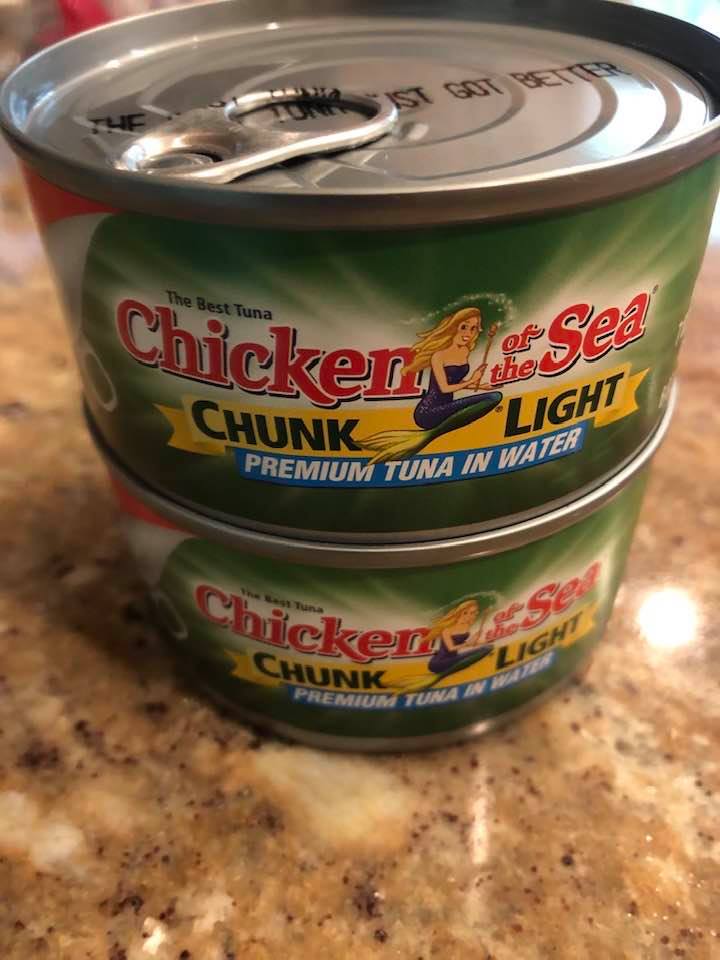 Start with, of course, tuna! 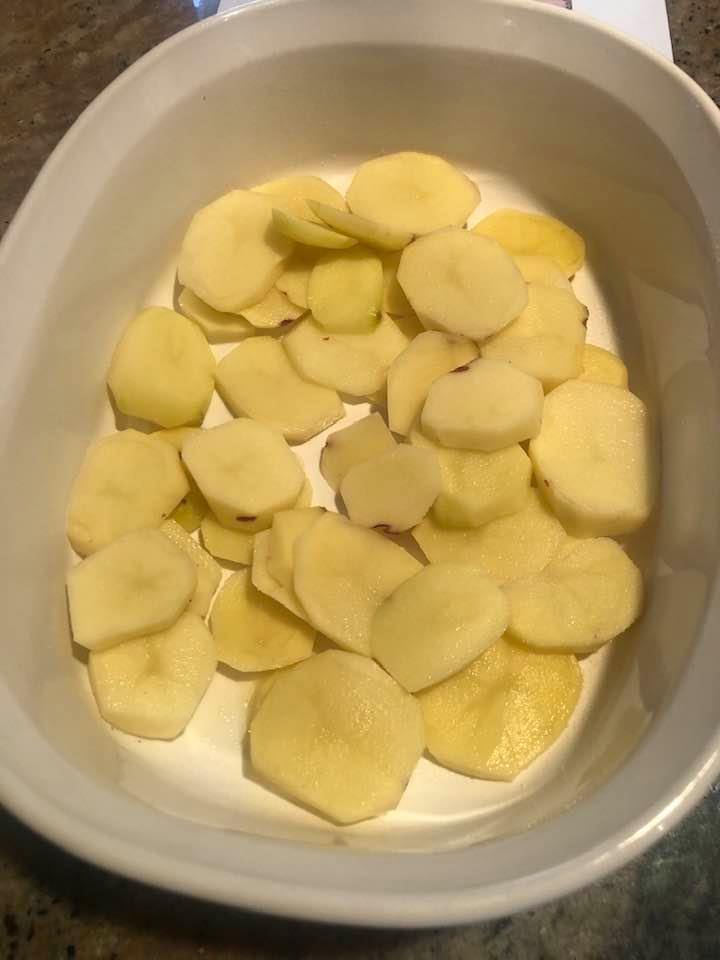 Potatoes add bulk to this dish 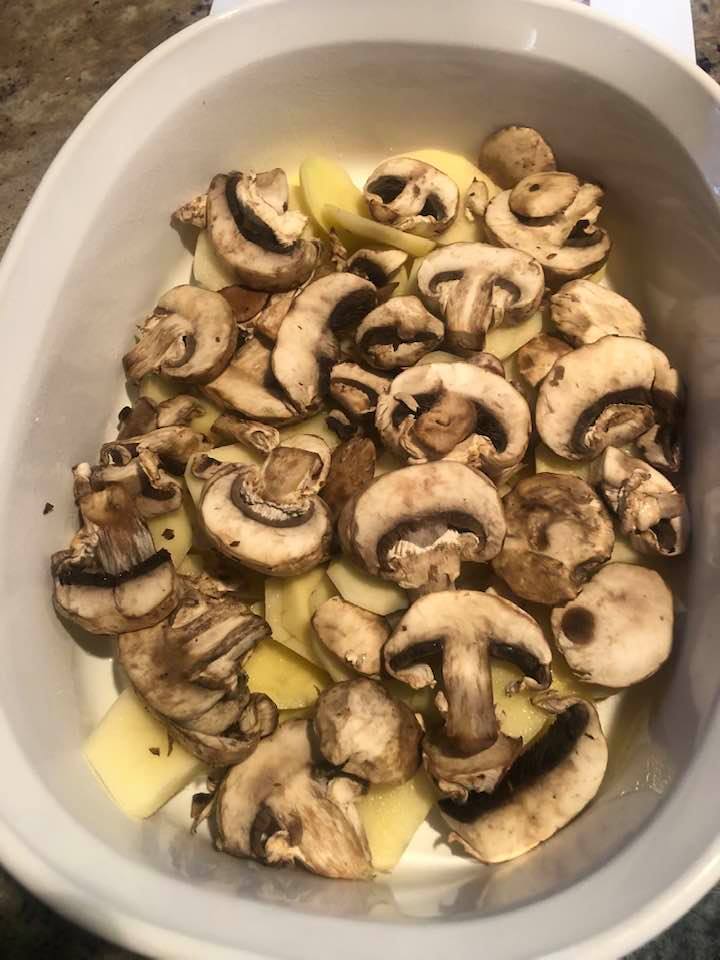 I love mushrooms....mushrooms make everything better! 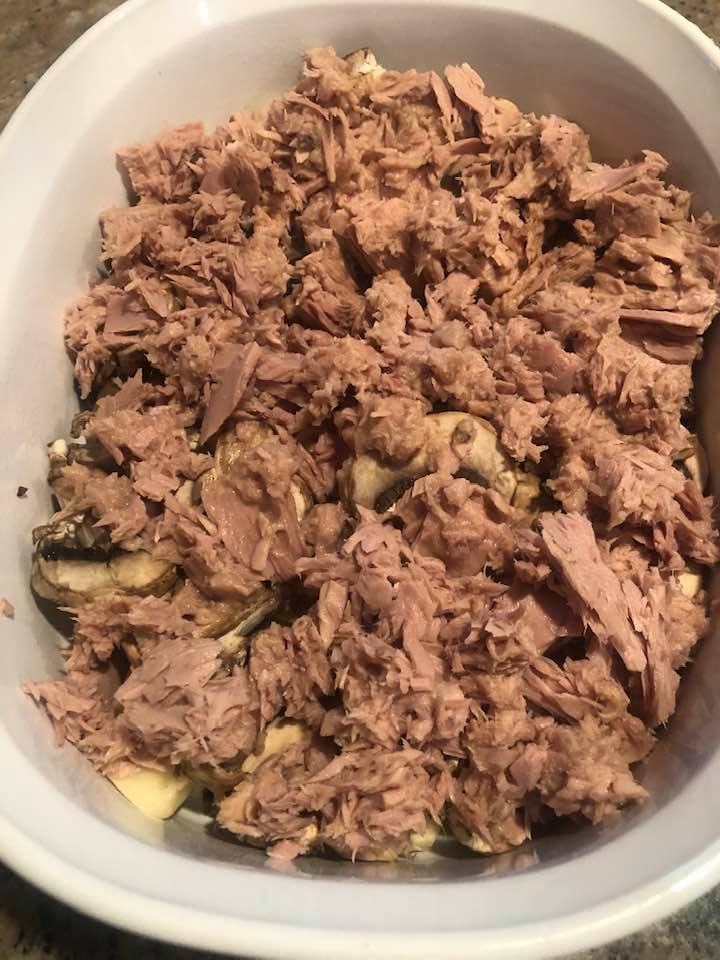 Bury the mushrooms with tuna 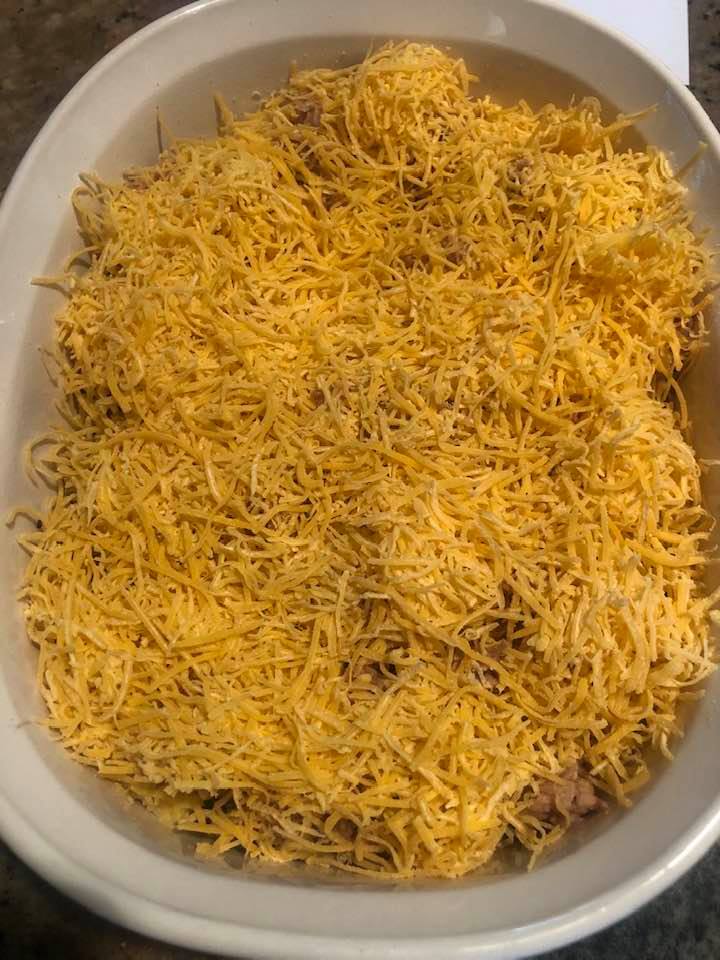 And then bury in cheese and this is, as you see, a classic Amish layer-type meal 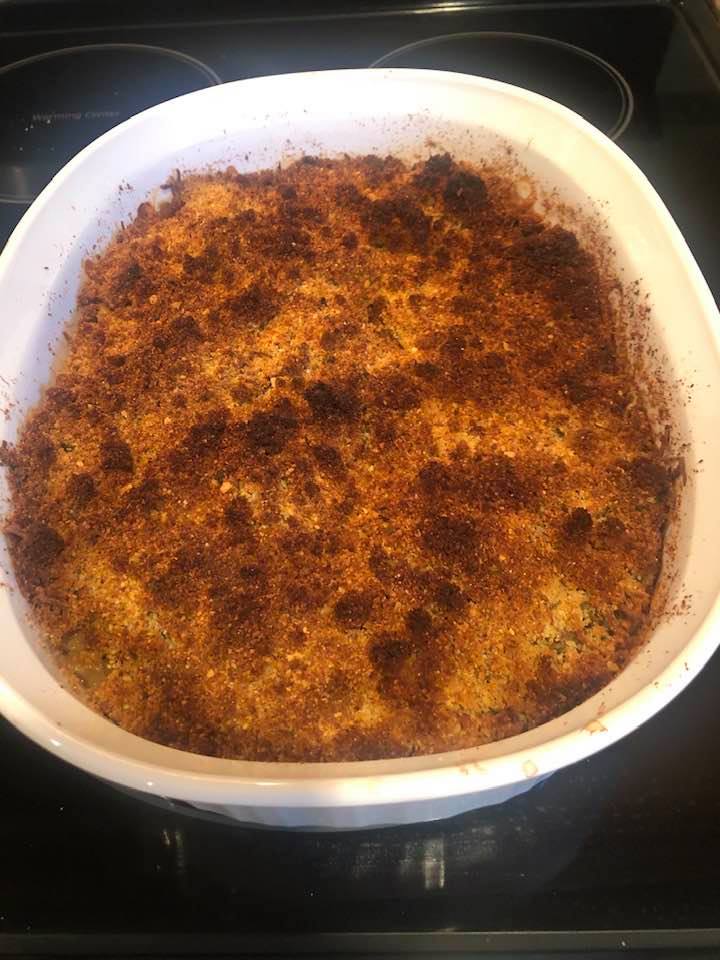 They might have baked this a little long, although, for me, this is perfect, I love my stuff crisp and done. 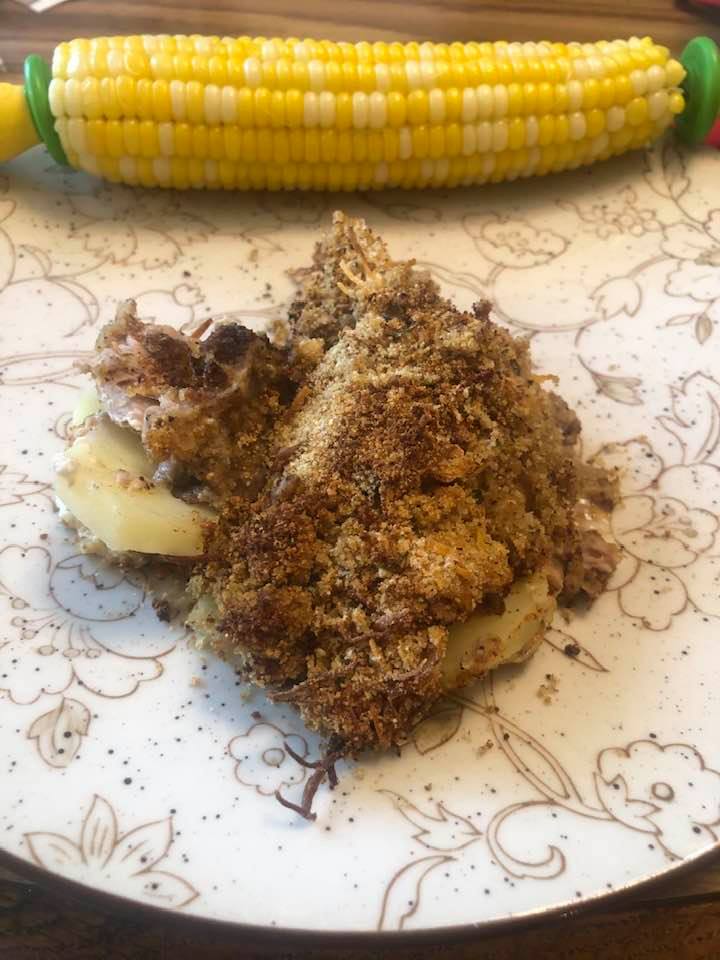 Pair with a nice summer vegetable, like sweet corn on the cob, and you have a winner of a meal!

My parents halved the recipe and left out the peppers and pepper, so you can tweak this according to your taste, but, it's a nice easy supper!