Children head home from school, some on foot, some riding a horse-drawn cart. 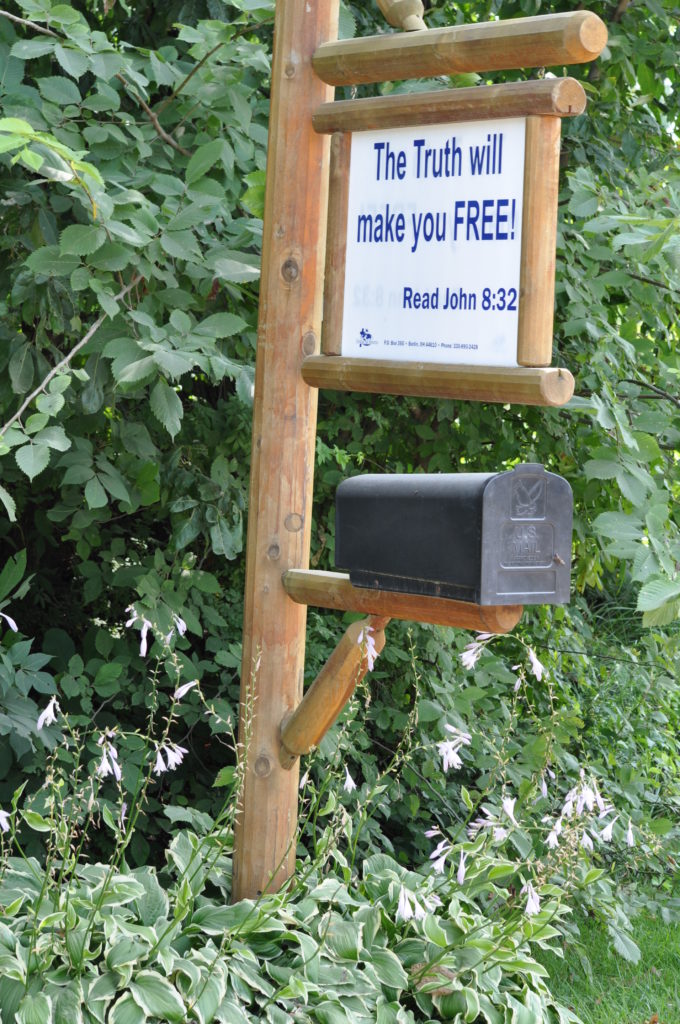 This was a photo we took a couple of summers ago. Amish homes are easily identifiable in Flat Rock by the Biblical signs at the end of driveways.

Leaving school by horse-drawn cart. The children give a friendly wave to the camera. 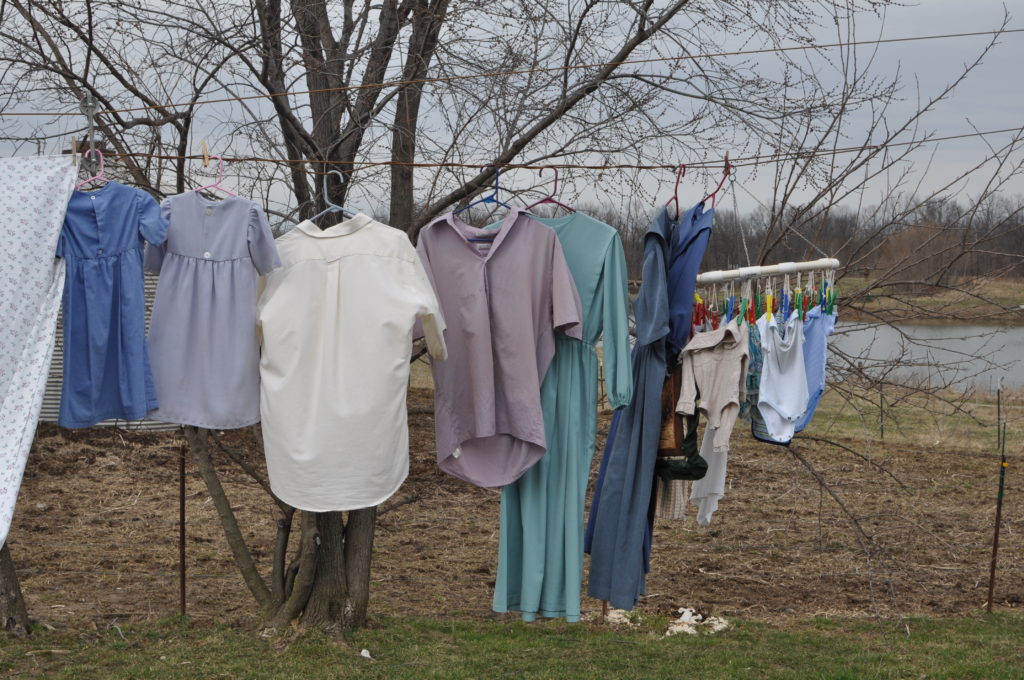 Gloria's laundry on the line, typical clothing colors in the Flat Rock community. Buttons are permitted on clothing.

Perhaps the most endearing trait of the Flat Rock New Order Amish is that they live like one big family.  They pitch in as one to keep the school staffed and operating.  If someone needs help or gets into trouble, the whole settlement pitches in. Now this is true in many Amish settlements, but the sense of community and family in Flat Rock is more pronounced than most.  They are generally very welcoming of outsiders and progressive when it comes to the issue of being photographed.  The church is very mission-minded.  You can tell who is Amish by the signs at the end of the driveway displaying a prominent Biblical verse. I've never seen that in any other Amish settlement.

On the day I was visiting, Julia and Daniel were preparing for a "date night" to celebrate their 5th anniversary.  And Gloria has an eager eye on spring which is just around the corner.  While I was there a package arrived from the Berlin Seed company in Ohio full of seeds for the garden that she had ordered and a "mountain pie press" which they will use to make homemade mountain pies over an open fire this summer.

The clothing style in Flat Rock is quite similar to what you'd see in any other Amish settlement.  Here is a photo of some of Gloria's laundry hanging out on the line.   Beards for the men are a bit shorter than what you'd find in Old Order communities.

The settlement is economically diverse with turkey farming, sawmills,and some retail shops being the main modes of income.

« A New Highway: I-69
Amish in the News: Amish Sing; Hutterites Speak Out; Mennonites Swear, Amish Injustice or Not? and Tragedy in Michigan »