I had heard the term "Orthodox Mennonites" years ago but hadn't thought about it much until my Canadian friend at Fletchington Farms brought them up recently.

But, no, there is actually a very small group who call themselves "Orthodox Mennonites" (they are also a horse and buggy group)   I don't know a ton about them because I've never come in contact with any. 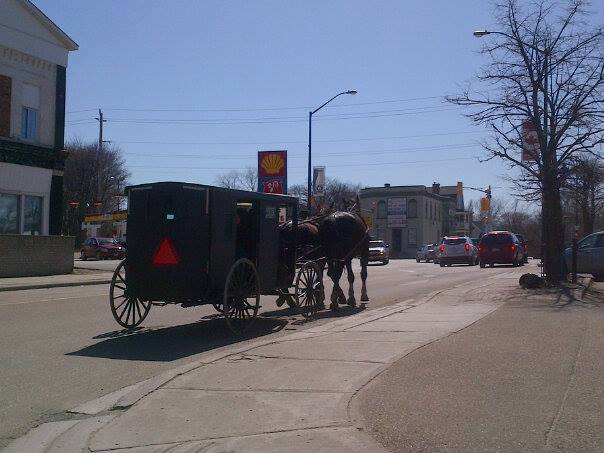 This is a photo of one of their buggies as seen in Renfrew, Ontario recently.   Interestingly, the one thing you can glean from the buggy is that it does display the orange safety triangle.  Unless Canadian courts have just mandated it and harshly enforced it and the Mennonites have acquiesced, I find this trait interesting.  The most conservative Amish generally don't display the orange triangle even where it is law.