We've been exploring the Old Order German Baptist Brethren community near Covington, Ohio the past few days and I'll share more next week.  But today I want to talk about their buggies.  OOGBs are forbidden to own automobiles  for the same reasons the Amish eschew them, owning them would cause the church to spread out and lose the reliance on one another that makes the church like family.  The settlement is two small to have their own buggy-maker, there just wouldn't be enough business to go around.  So for buggies many of the OOGB here purchase them from an Amish buggymaker in Belle Center, Ohio about an hour away.  That is a fairly large New Order Amish community. 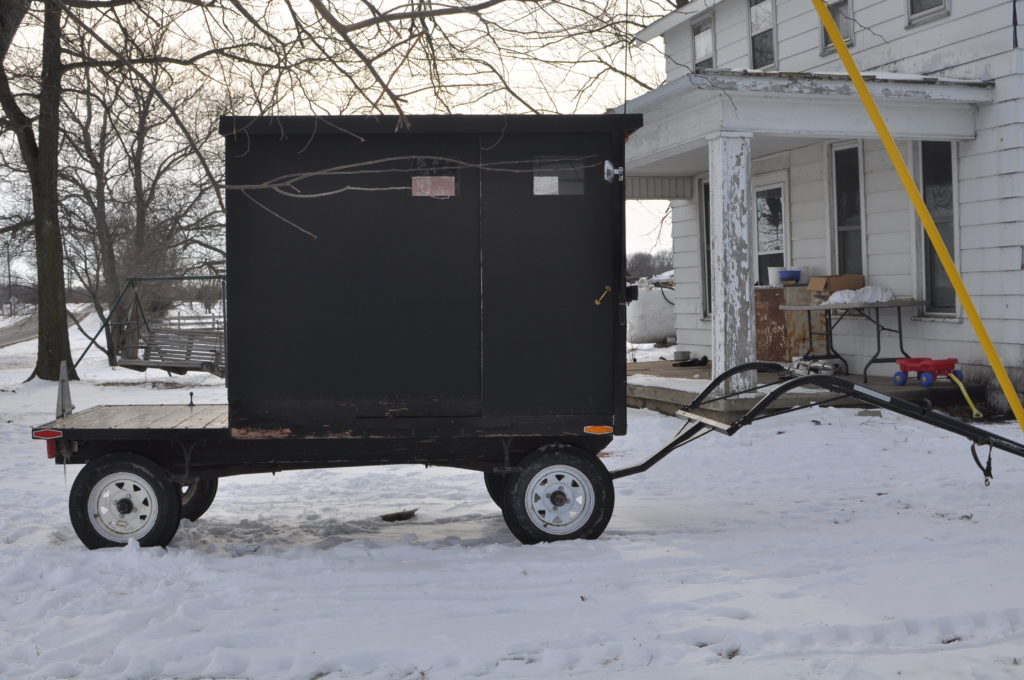 An odd buggy, for sure, but can fit a lot of people! 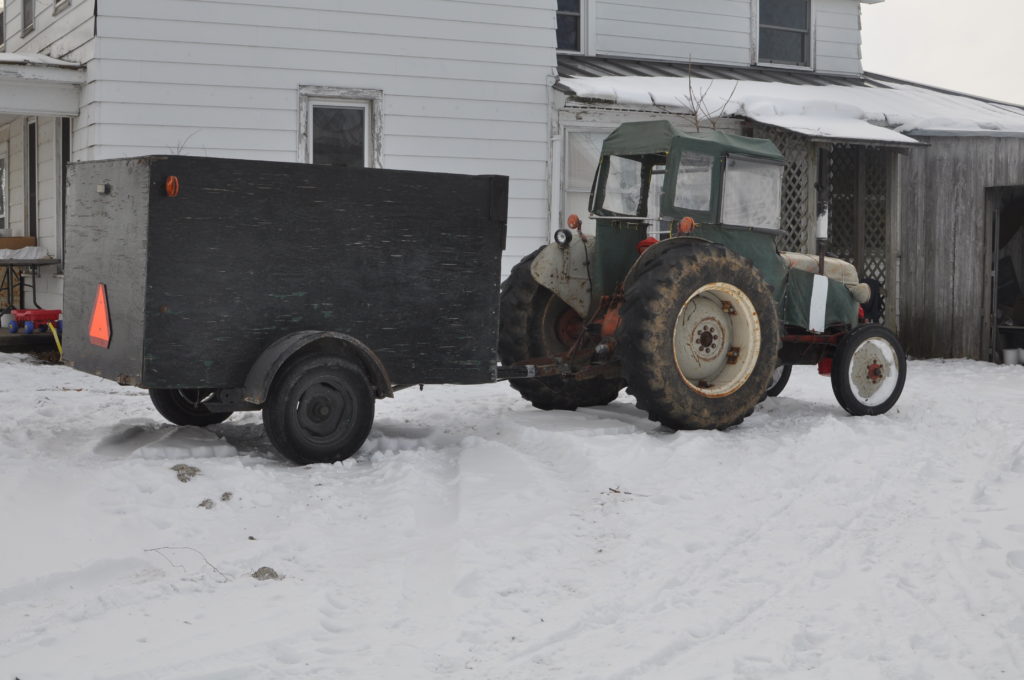 traditional Amish buggy found in the Old Order German Baptist settlement. OOGBs are not permitted to own automobiles.

Others will get more innovative. I met an OOGB man who bought a used buggy from a Mennonite family.   But this buggy really caught my eye.   This is a traditional "buggy box" affixed to a flat cart.   The buggy is now owned by a young family, but it was first made for an elderly couple who found the flat cart was easier to step up into than a traditional buggy.  The family that now owns it only has Mom, Dad and a little boy, "but there is plenty of room for more people," said the Mom. She said they often have passengers to and from church in the buggy because it is kind of a novelty.

Another transportation option for the Old Order German Baptists are what I call "tractor buggies."  Unlike the Partridge, Kansas Amish settlement that also uses tractors for transportation, the OOGBs can only use them if they have carts attached to them.   So many OOGBS will use these vehicles to make quick errands into Gettysburg or Covington, distances that might be a bit far by buggy, but can be reachable by tractor.  This is farming country so people are used to slow-moving vehicles on the roads.

« Amish Buttermilk Pie
The Amish Cook: Comfort Amid the Grief »