Captions:  A scene from Holmes County, Paula and her husband Jay playing on the swings, and the massive German chocolate cake!

This meal, I skipped the salad bar intent on focusing on the main dish. Chicken cordon bleu with their own homemade Baby Swiss caught my eye. Others chose the bratwurst and the Guggisberg burger. My husband tasted the tomato basil soup while others tried the chicken spaetzel soup and the Rosti, which are home fries covered with melted cheese. I stuck to my raspberry iced tea and pretzel stick roll. I was glad I did when an enormous pretzel bun filled with chicken, ham, and oozing cheese was placed before me. A side dish of hot German potato salad and a pile of bread and butter pickles rounded out my lunch. I was filled before I could get to the second half of the sandwich. There was no way I could attempt a dessert so I contented myself by watching a server cut a generous slice of German chocolate cake from a gigantic four layered cake. She returned the mammoth confection to the case beside an equally huge slice of Black Forest Torte. I desperately wanted to try them both but realized my stomach could only expand so far without serious repercussions. 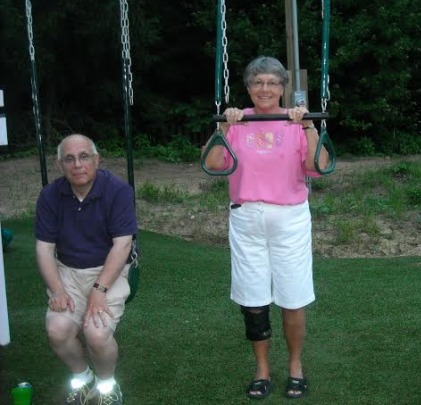 From there, we stocked up on Guggisberg cheeses and headed back to a roadside market where we had seen goats frolicking on top of 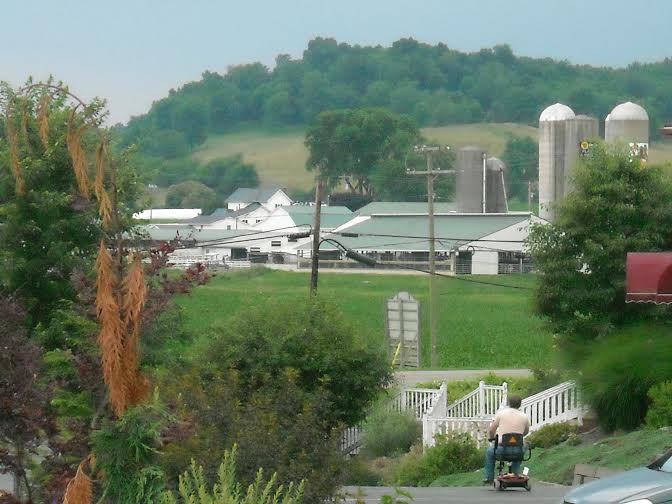 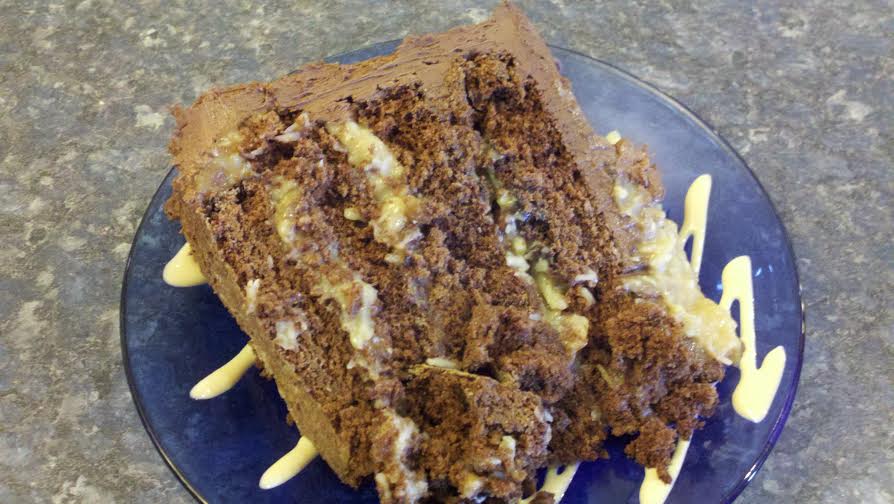 the roof of an open-sided barn where children were petting the farm animals. We pulled into Hershberger’s Farm and Bakery to join in the fun. We gaped at seeing Big Ben, the largest Belgian horse I’d ever laid eyes upon, and spoke with a young Amish boy who was tending a beautiful black horse that was tethered to a glistening black buggy. I was informed he was spraying the horse with fly spray to keep both the horse and those scheduled for a buggy ride happy. While I was looking at the mounds of fresh vegetables, my husband snuck off to the shop that sold leather goods and bought a belt.

Luckily, I missed the area which housed adoptable puppies. I’m sure to have taken home more than a belt. We returned to Berlin from those country places with confusing Millersburg addresses so that I could finish my tour of the Berlin Antique Mall. While I was examining artifacts from the past, my husband checked out Dutch Craft Furniture, located in the lower level of the building. As the bewitching hour of five o’clock approached, he hustled me away from the musty smells of old into the store below. I had to check out their latex foam mattress

and a couch that very nicely could replace our dog-paw tattered one at home. We left with information and prices on both items. Reluctantly saying our goodbyes, we turned on the GPS and Google Maps and headed for home down the winding Ohio Rt. 62 toward Southwestern Ohio and home. The hills turned back into plains and the roads widened from two to four and then six lanes. The white fenced farms tuned into cityscapes. I wanted to turn back and return to the slow paced buggy life of Holmes County. We had barely scratched the surface of places to see and visit in Holmes County and the surrounding area. On the web, the Holmes County Chamber of Commerce lists events, attractions, and recreation spots we didn’t touch. I definitely see a return trip in our future; accompanied, no doubt, the GPS.

Paula is a writer and author in Ohio. Her most recent book is Bok: Memoir of a Dysfunctional Dog.