The Amish snowbird enclave in Pinecraft, Florida is tpically busiest between Christmas and Easter. Around Easter the Amish generally commence a mass, orderly exodus to their farms up north.  Katie Troyer captures some super photos of some of the departing Amish.  I love the friendships that Amish build down there.  Amish that would never give each other so much the time of day up north (because they belong to different orders or sects) forge fast  and lasting friendships in the laid-back, balminess of Pinecraft.  Katie Troyer captures some of the last snowbirds leaving this week on Melard coaches (the bus line that takes the Amish back to Pennsylvania; Pioneer Lines handles the Ohio and Indiana Amish).  I love Katie's photos and the people in them just look so happy, laid back, it makes me think getting older might not be so bad after all!:) 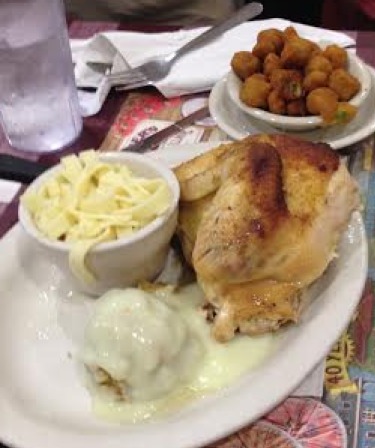 Meanwhile, some good friends of ours were spending a week of their own on nearby Anna Maria island and they took some time to venture to Pinecraft last week.  I told them they "had to go to Yoder's" and that is exactly what they did.  So we can all look dreamily at their plates here.

And while we are at it, let's swoon over dessert. 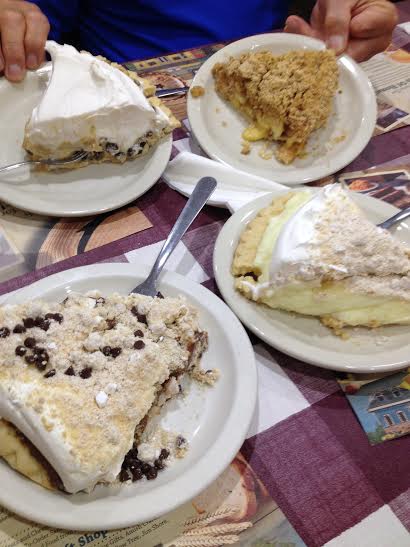 Seriously,  Yoder's is one of the best, most authentic Amish-style restaurant you can find (SIGH, no, not getting paid to say it, I wish I were!).  Mrs Yoder's Kitchen (no relation) in Mount Hope, Ohio is probably the best of the best in my book but, boy, Yoder's in Sarasota is darn close.