FYI to concerned readers: I know some readers thought the tone of my column last week was a little negative.   But I was listening to wedding sermons and not just daydreaming about the chickens. In fact, I learned something from a wedding sermon that has profoundly affected me since. A minister included this gem in his sermon to the young couple: At weddings we think a lot about love. But sometimes we can more fully understand a subject when we realize what its absence is. What is the opposite of love? The first thing that comes to mind is hate. But we think that hate is not the opposite of love but rather selfishness. Selfishness is indeed the perquisite to many unsavory character traits: hate, pride, etc. And all of these are quite far from love.
So, I, the reluctant audience member, sat there quite humbled realizing that although the marriage could certainly have occurred without my attendance, it was good for my soul to give up my precious Saturday to help commemorate this once-in-a-lifetime occasion. My selflessness obviously needed the exercise. But it was adding insult to injury that I had to eat wedding cake on top of humble pie! And I still maintain that six weddings in three months is booking up my social calendar way too much. What’s wrong with the other 9 months of the year?

KANSAS HAYRIDES
About once a year, we have an irresistible urge to host a hayride. There‘s just something about a hayride that gets everyone excited. Part of it may be the fact that a hayride is a chance to simply ride. The focus isn‘t on the destination but on the journey, which is a slow tour of the local countryside in the company of friends. The boys have a couple of old ”Jonny Poppers”- a John Deere B and a model 70 that usually get picked to pull the wagons. 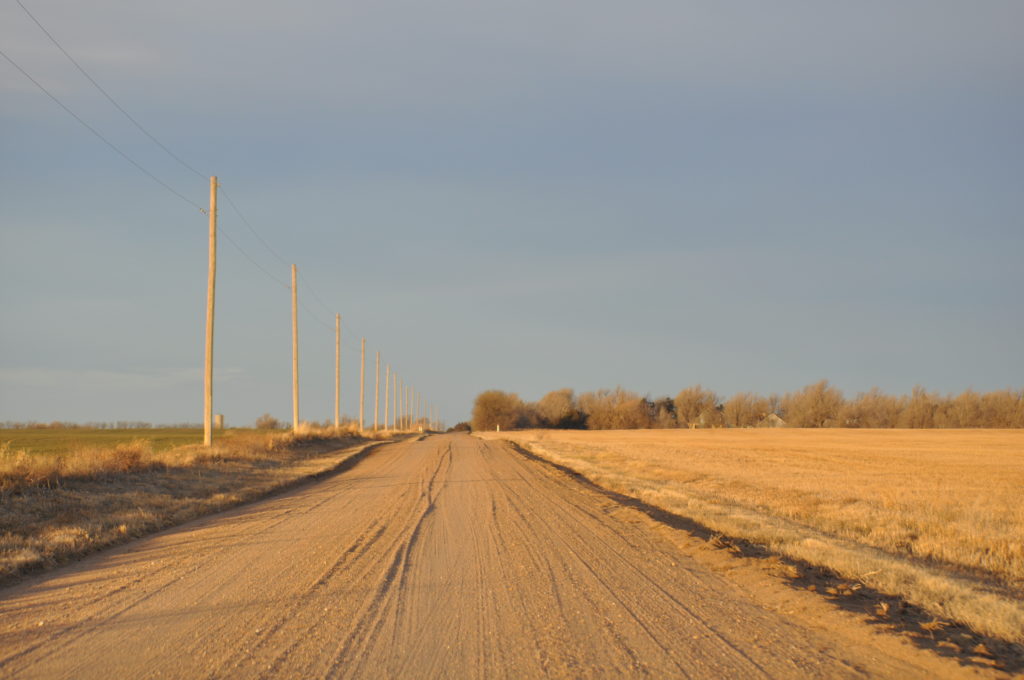 Sometimes larger tractors are needed , which means they get to shine up one of their newer tractors. One hayride we even used our old grain truck and seated folks in the grain hold.  With visitors coming from Georgia, Wisconsin, and Pennsylvania for a cousin’s wedding, we determined that we should give the visitors an authentic Kansas experience. A lot of areas in the States are so populous that there aren’t enough quiet back roads for a slow tractor to pull a wagon-load of kids safely.  In Kansas this isn’t an issue and we like to show visitors this advantage of unpaved roads. Often the hayride route will wind along the graveled back roads, but sometimes we will cut through the empty fields and pastures.  If the creek is low we will forget the bridge and ford the creek! Regardless of the route, there’s some elements about a hayride that don’t change:  the wagons need to be rolling as the sun is setting and after the stars are out, a stop at a campfire is a must.  We decided to combine the best of both worlds and make this a progressive hayride: our evening meal is eaten along the hayride route.  With seven stops and a half hour’s ride between stops we ought to have plenty of time to digest this slow supper. We loaded sixty young people up on the trailer and departed at 6:30 p.m. for the 4 1/2 hour ride scheduled with stops at various church member’s homes.

First stop: appetizer kabobs of pickles, ham and cheese. After a group activity we jumped back on the wagons for the next leg.  The visitors got a good taste of a real Kansas hayride in more than one way! There hadn’t been much rain to keep the dust settled, so the tractor and wagon kicked up a pretty good cloud. We were literally covered in dust by the second stop. An important part of getting to know someone is seeing the everyday side of them.  It is good for us to be seen by 60 others with our hair windblown and our skin gritty from limestone gravel dust.  It creates an immediate bond of empathy to see others looked as frazzled as you feel. 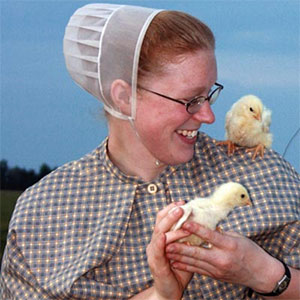 Second stop::  there were samples of seven different kinds of bread as well as butter and jams.  The warm-from-the-oven aroma of the pumpkin bread, banana bread, poppy seed rolls, garlic twists, and loaf bread had our mouths watering immediately.  The group activity here was apple-bobbing in relay format.  We took a little kiddie pool, filled it with water.  Each team lined up and we had four people at once bobbing after those apples! Hectic and hilarious!  It’s most likely my competitive streak that makes me get excited about bobbing for apples,  Some people are either hesitant to get their hair wet or grossed out by the thought of putting their mouths in a poll of water where others that theirs. Whatever, I say, it’s more hygenic than a public swimming pool and if you don’t want to be seen with wet hair in a social gathering your ego does need a little deflating. When it was my turn, I plunged my head to the bottom of the pool and in two seconds flat emerged, water streaming from my face and apple clenched triumphantly in my teeth. I ate my apple too, because it was a freshly picked Jonathan, one of those super-sweet apples not to be passed up.

Stop three had giant bowls of salad that the group entirely ate up then jumped back on the wagons.  On to the fourth stop: vegetables.  Instead of a cold veggie tray, my aunt served a warm mix of corn, carrots, lima beans, green beans and zucchini.  The participants were much more enthusiastic than I thought young folks would be about vegetables but they even  went for seconds.  And, finally: the main dish!  We didn’t gobble quite as much since we had already partook of so many appetizers but the pizza casserole was warm and filling.  Of course we can’t skip dessert.  The hosts at this farm had two dessert choices: pumpkin chiffon cake or pumpkin pie squares.  I naturally chose the pie but couldn’t resist taking a small bite of the pumpkin chiffon because, for a cake, it looked pretty irresistible. And we’re not done yet! What comes after desert? Bedtime snack, of course!

The final stop was a campfire, with cinnamon popcorn.  Some song books appeared and we sang several songs around our mouthfuls of popcorn before we had to load up for the final mile back to our starting point. It was a long dirty hayride but as everyone shook themselves off and headed home the consensus (even from the visitors) was that the experience and fellow ship was worth the dust!