DO THE AMISH TRAVEL BY AIRPLANE?

Do the Amish travel by airplane?

There's no a one-size-fits-all answer to this question.

For the most part, the answer is "no."  I'd say 95 percent of the Amish do not fly.  But there are exceptions, generally among the New Order Amish who pursue mission work in other countries.  I've met Amish people who have gone to Central America and even China on mission work and they flew to get there.  In other cases, they'll fly long distances for family emergencies.  The St. Ignatius Amish settlement in Montana has close familial times with Ohio and Indiana Amish, so if they need to get back and forth in a hurry, they will fly.  As a general rule, the vast majority of Amish travel distances by bus or train, but planes do get used sometimes. 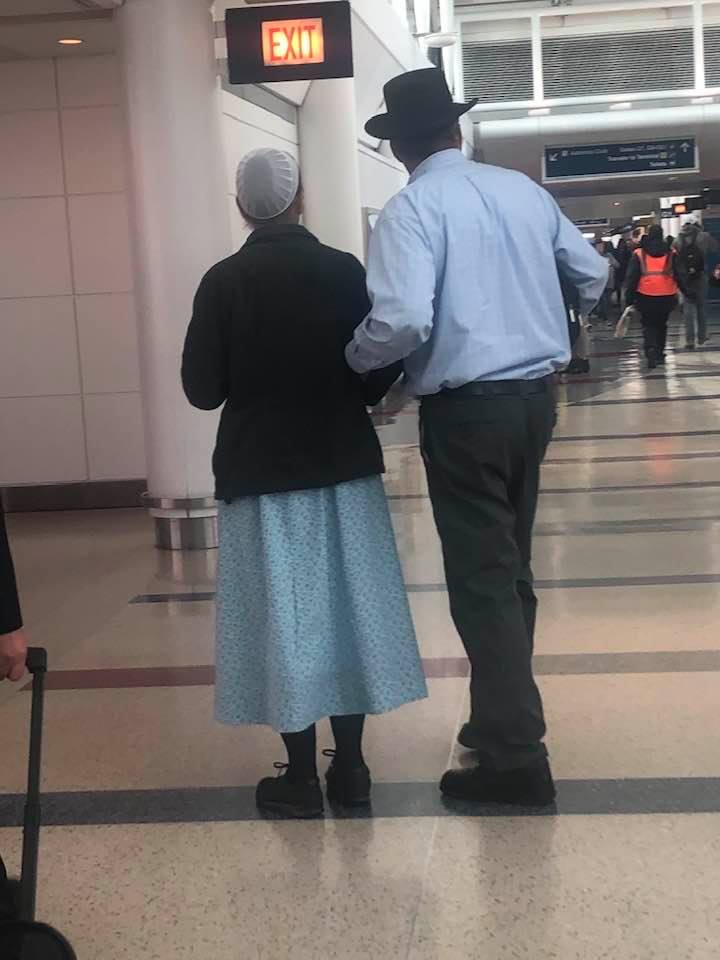 I spotted this plain couple at Chicago O'Hare airport recently. They looked for their gate, ate at a pizza joint, and then headed back to their gate. By the dress pattern, I'd guess this coulld as being Old German Baptist Brethren and this is another plain sect that does embrace flying. Old Order Mennonites generally do not fly either, but other more progressive orders do.

You can read more about the Amish and flying here.

Some websites say the Amish are not "permitted" to fly, but that misses the point.  Amish people can make their own decisions and it's not as if there is a written rule in the church saying they can't fly.  Amish communities are usually far from airports, there's the whole photo ID stuff, it's just a bigger hassle to fly for most Amish.  But if any Amish person really NEEDED to fly, they probably wouldn't hesitate.