With Malaysia Airlines Flight 370 dominating the news recently it has sparked some questions about the Amish and flying.'  I've wrote about the topic a couple of years ago but we have so many new visitors to the site I might as well tackle it again.    But, first, the whole plane saga is just such a mystery.  I've flown many times in my life and, thankfully, the flights have always ended with me getting off the plane alive and well.  It's by far the safest form of travel statistically.  I'd far more take my chances flying to Los Angeles now than driving to the corner to get some milk.  But the whole idea that a Boeing 777 filled with 200 people can just vanish is unnerving.  What do you think happened?  I lean towards some simple mechanical failure.   Okay, back to the Amish... 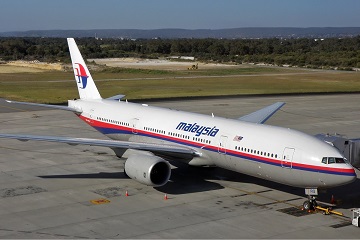 The Amish are frequently known as  the “Plain People” because of their dress, but what about the “Plane People?”

Airplane use is generally frowned up by the Amish.  I think that there’s probably this general feeling that “God didn’t intend for humans to have wings.”   In some ways it is difficult for me to process that logic because the Amish do travel freely by automobile, bus, and train. Also, keep in mind most Amish settlements are still sort of in the Midwest and Middle Atlantic.  I’m not Amish but I certainly probably wouldn’t fly from, say, Columbus, Ohio to Lancaster, Pennsylvania.  That’d be crazy, there’d be so many connecting flights and hours queued up in TSA lines that I’d get there far faster by car.  So I think part of what you see with Amish attitudes towards air travel is just “lack of need” or practicality, not to mention expense (family of 10 anyone, on a plane??)

The Old Order Amish in Rexford, Montana will travel by air if it’s a “family emergency” with relatives out east when other transportation just might take too long.  But they will generally just hop on an Amtrak train which has a station near by if it’s for a casual visit.  One family in Rexford endures a 3 1 /2 day journey on Amtrak – each way – whenever they visit a family member in Pinecraft, Florida.  On the other hand the New Order Amish of St. Ignatius, Montana frequently fly to tend to business or family matters out east.  I was in the Kansas City, Missouri airport once and did see an older Amish couple eating a meal in the airport’s food court past the TSA check-points, so they were obviously flying. It wasn’t immediately evident to me whether they were Old or New Order Amish, but they looked Old Order.

There are also Amish that travel overseas to Europe on occasion.   Sometimes that is by ship to recreate the route of their ancestors, but other times that is by plane.   And some Amish have traveled to Israel in recent years to visit the Holy Land, which they travel to by plane.   So while air travel is still VERY rare among the Amish, there are occasions when it is permissible.

And all of this brings me to a fascinating video that my pilot brother-in-law found on an Ohio aviator’s website.  It’s unclear what is happening in the video and I’m hoping to get more information soon, but I wanted to share it with you even without some of the context that would be helpful.  It looks as if two Ohio bush pilots swooped in and gave two plain brothers, Leon and Lester, a ride in their propeller planes. It’s unclear whether these are Old Order Mennonites or Amish (although the people standing along the fence-row look Amish).  The video has a tongue-in-cheek title of “rumspringa”, but I’m not sure if that’s used jokingly or if that is what were seeing.

I love the part at the end where the young man says something like “how much do I owe you for gas?”  That’s a classic component of Amish culture, I’ve found.  It’s very decent of the young man to offer, but probably quite unnecessary. That’s a topic, however, that I’ll save for another day.

Meanwhile, click here to watch the 3-minute video?  What do you think is occurring here?   And where?  It’s Ohio someplace, but does anyone recognize the landscape?