If you are on my e-newsletter you know that I occasionally freelance for other news organizations covering hard news.  While I am best-known for my Amish studies, I also have earned my chops as a journalist, working for The Washington Post, USA Today, Al-Jazeera, and others.  So yesterday I was on assignment to cover Donald Trump's visit to Cincinnati which was being billed as a victory rally of sorts.  I love the adrenaline rush of deadline journalism.  There's a lot more going on than just writing. In fact, writing is just a small part...most of the work is doing the sourcing and interviewing and on a deadline story, speed is essential.

My first mistake was probably parking on the other side of the city.  On the other hand, it made for an easy exit when it was all over.  So I don't know.  As I was making the 20 minute trek from my parking spot at Fourth and Plum in downtown Cincinnati, my Dad texted me (he was watching coverage on TV) to let me know that President-elect Trump's motorcade had just crossed the Brent Spence Bridge which connects Ohio and Kentucky.  Glad Dad texted me because I glanced over to my right and saw Trump's motorcade in the distance snaking through the streets of Cincinnati.

When I arrived at US Bank Arena in Cincinnati where President-elect Trump was to speak,  I was struck by how small the crowds were, but I was also two hours early.  My assignment was specific: mingle among the protesters outside and write about my experiences.  So that is what I set about doing and over the next or so (Trump was scheduled to speak at 7 p.m.) the crowds grew.

Temperatures were in the 30s and a biting wind kept everyone bundled up at this spot by the banks of the Ohio River.

As thousands of Trump supporters filed into US Bank Arena they were met by over 100 jeering protesters of various causes.   While the protest was peaceful there were some tense moments as police formed a line to separate the rallygoers from the protesters.  When that didn’t quell tension, police formed a barricade with bicycles to separate the two groups.  One banner-toting Trump supporter broke through the line and had to be pulled back by police.  Some pro-Trump grandmothers wearing pink “Make America Great Hats” sang “All We Are Saying is Give Trump a Chance.”

The mood was tense at times but, in the end, most everyone was respectful and the sometimes messy process of democracy had been exercised.  Here are some scenes from the night, 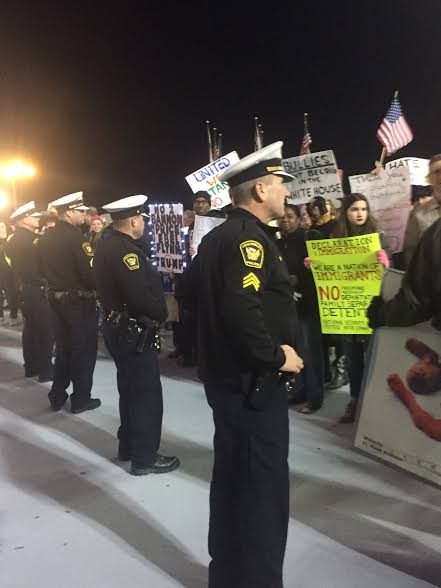 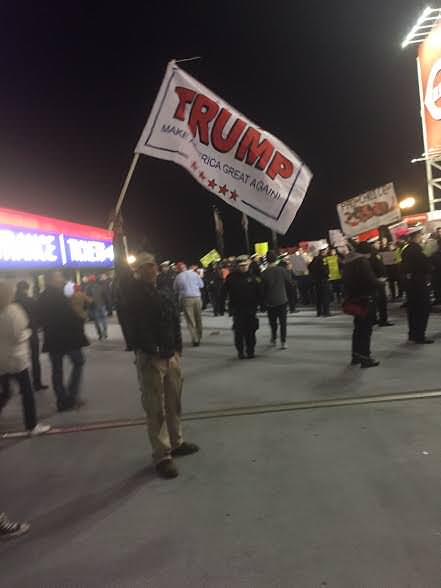 A Trump supporter waves a flag. 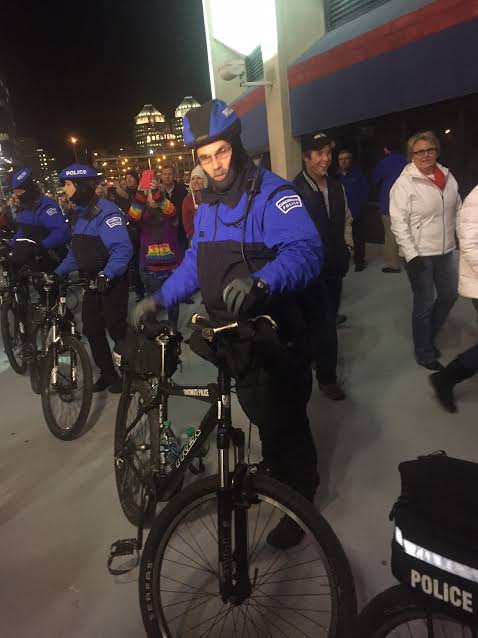 Police came in eventually and made a "bicycle barricade" to separate the two sides. 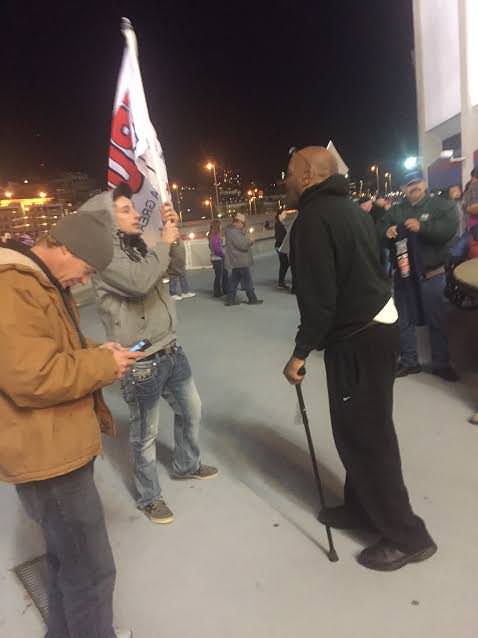 This is the only time when I thought there might be a physical altercation, these two men were getting into a heated argument... 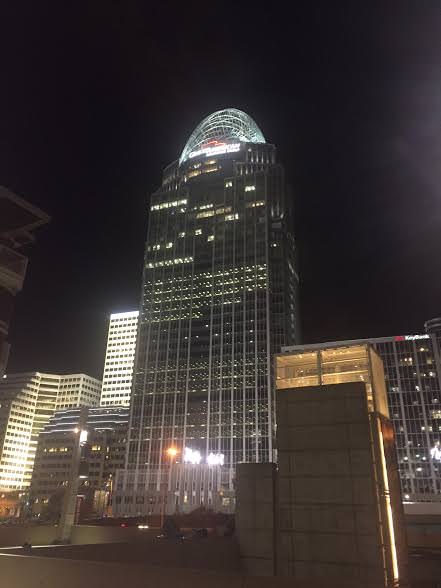 Above all the din, the stately, 41-story Queen City Tower with its glittering tiara keeps watch...