If you want a last gasp of pumpkin season in your kitchen, these irresistible doughnut holes may be for you.  I picked them up at an Amish bakery recently and....SIGH, I just kept popping them in my mouth one by one by one by one.  They seemed to melt in your mouth and be gone in a single bite.  Ugh.  I'd never consume a whole doughnut in a single bite, so why a hole?  That is the problem with doughnut holes is that they are too easy to eat!  I guess I take some solace in knowing that even if I ate, say, 10 at a single sitting, that is still probably equivalent to eating a single doughnut.   But, ugh, I need to get back on the healthy eating bandwagon. 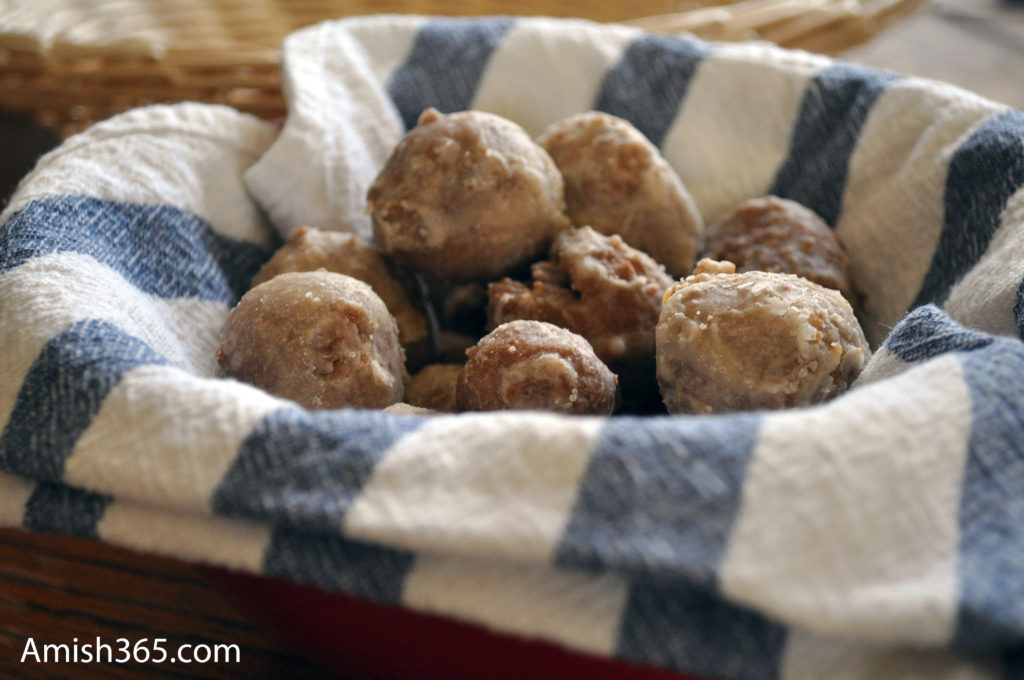 This recipe for a pumpkin doughnut hole bakes them, not deep fries them, so I think it's a bit easier to make. It's more like a mini-muffin.