There are so many photos I have taken over the years in various Amish settlements.  Most of them get used on this site, but I get stuck with a lot of just "random" images that don't have enough material to go with it to build a post around, but they are still interesting to look at nonetheless.  So creating these photo mash-ups are a good way to share them!:) So let's look at what we have today.

While exploring South Texas (home to an Amish settlement near Beeville) we saw this cute little gal in a state park.  Bobcats are rare to see in broad daylight. Park rangers told us that flooded lowlands from a recently tropical system had pushed a lot of wildlife up to higher ground.  Not only did we see this bobcat, we saw two of her cubs nearby.  Look at the beautiful markings on the momma bobcat. 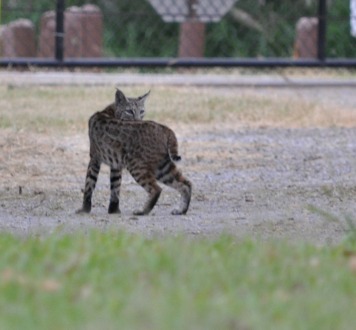 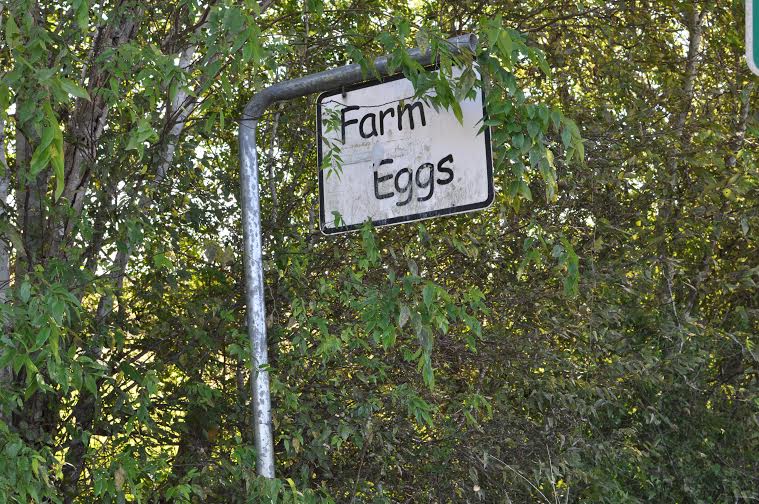 Like many Amish settlements, the Beeville community - while very small - has its share of home-based businesses.  Hand-lettered signs like this one offering fresh eggs for sale are common.

Way across the country, this is a table of fresh pies we spied in an Amish bakery outside Cherry Creek, New York.  Really, what more is there to say other than "Yum!". Look 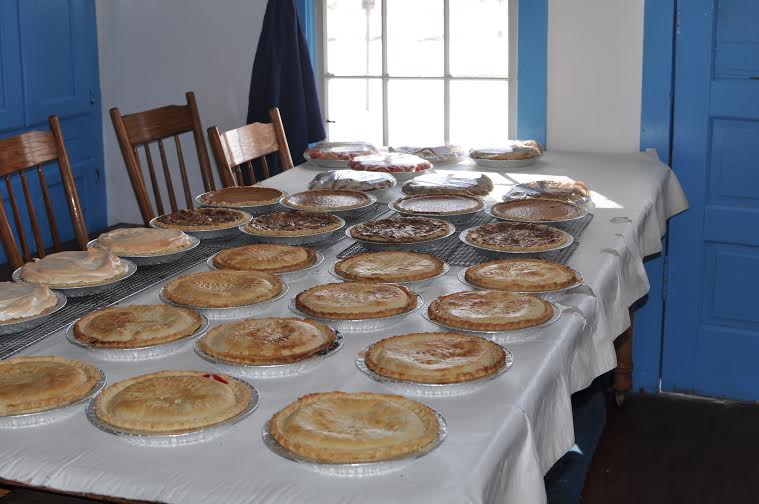 s like and incredible selection of both fruit and cream pies.  Note the comforting blue hues to the doors, common among the Amish in this part of the Empire State. 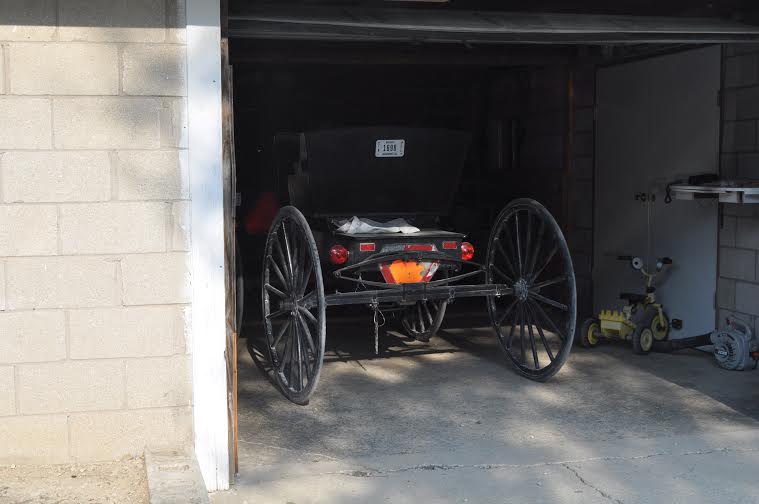 This is a shot of an open buggy spotted parked in a shed in Daviess County, Indiana.  Note the child's tricycle type toy parked near it, and what looks like a leaf blower of some sort up against the wall.  One of those odd mish-mashes of technology meets buggy that one seems often in Amish settlements.

And  this is a busy day of sewing and mending at The Amish Cook's Mom's house.  Gloria Yoder's mother, Dorcas Raber, has fabric swatches spread out over her kitchen table. 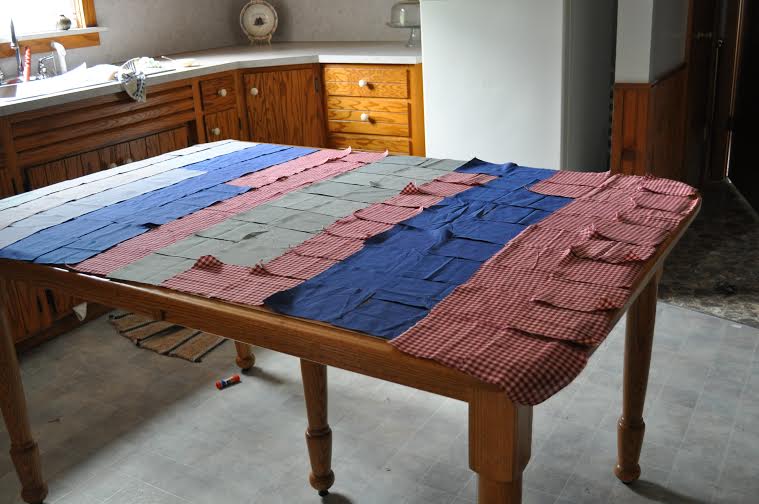 Lastly, this is a photo of the inside of Pinecraft, Florida's Amish church.  Bibles await worshippers at the upcoming Sunday service.  This church doesn't feature the usual benches, this is has more of an "office chair" type appearance. 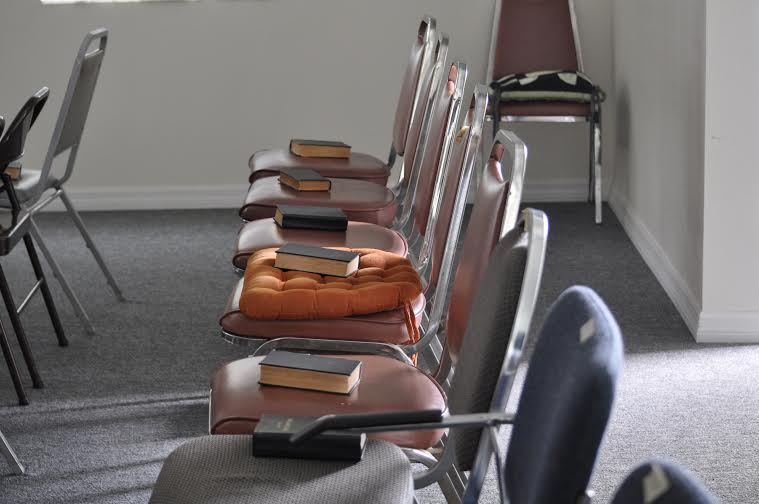