This is a pizza joint in town and it is one of those "make your own" where you go through a line and pick your toppings just like you would at a Subway or a Chipotle.  SIGH, heaven, quick pizza that you can custom make.  All the meat toppings you want, choice of sauces, there is a regular, a spicy, and a sweet.  The spicy has some bite, which I sometimes like, but I also like the sweet.  Then you can pile on veggies ranging from sun-dried to tomatoes to "canned mushrooms" or "fresh mushrooms."  Who would pick canned when they have a choice of fresh?  Maybe some people would.  Anyway, you can basically have them pile on as many toppings as your heart and palate desire.

The pizza then goes in to some uber hot oven and comes out about 3 minutes later, crispy and tasty.  This restaurant chain is based just in Ohio, but I'd not be surprised to see this concept catch on elsewhere. It's genius.

SIGH, now to the best part: dipping sauces.  Once you get your pizza you go to the dipping sauce bar where you can choose between an array of free sauces to dip your pie:  golden barbecue sauce, pesto, ranch, garlic butter, and on and on.  The golden barbecue sauce, I think, is my favorite.  But the ranch is pretty darn good.  Here are some photos: 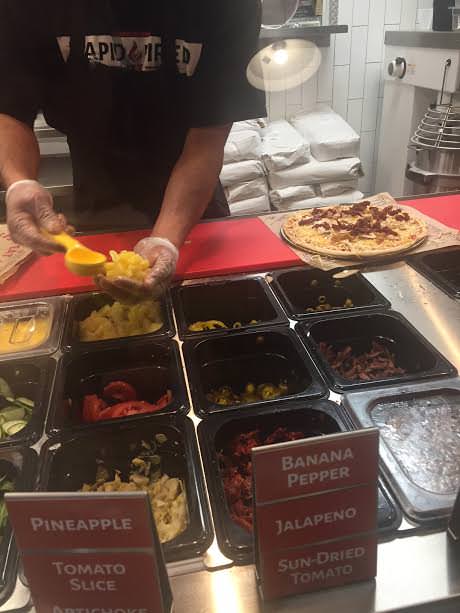 Pizza bar where pies are assembled, custom made. He's working in mine in the photo. 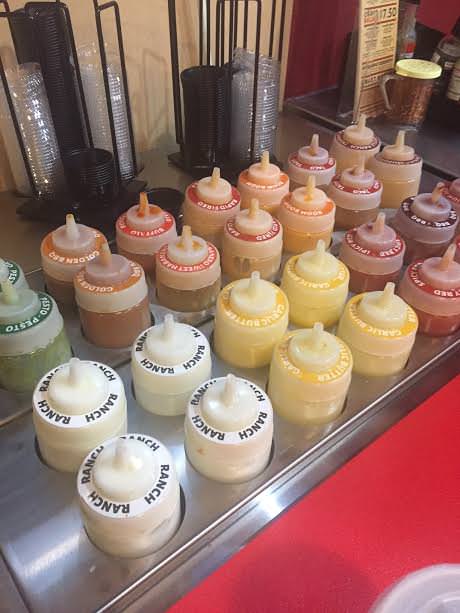 These babies are the star of the show. You can fill little cups with whatever sauce you want, however many you want, and go to work! 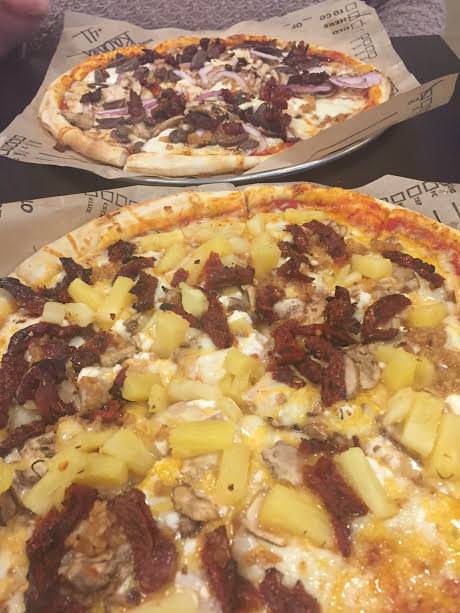 My pie in front, Rachel's in back, I had pineapple piled on mine, sun-dried tomatoes, all sorts of goodies.. 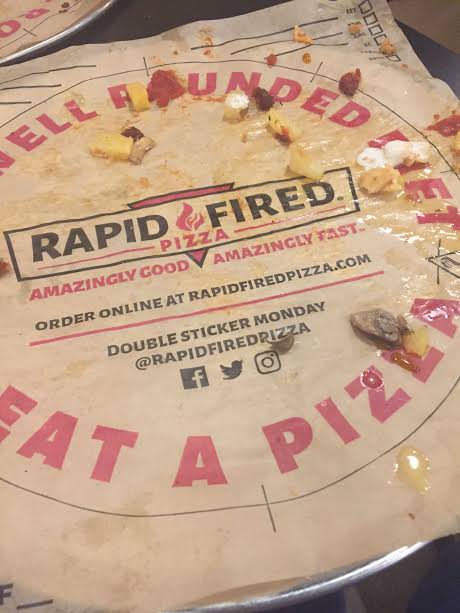 SIGH, 15 minutes later that whole 11 inch pie had been consumed by Yours Truly...how many of you would have eaten the whole thing like I did, or taken some home? I suspect this type of behavior may account for my battle with the scale...