Man, show me a recipe for "chocolate peabut butter lasagna" and you'll have my interest.   And here is what intrigues me, Penny desccribes the recipe as being "not very sweet at all, nice and light.    The recipe seems like it would be heavy and overpoweringly sweet until you read the ingredients and I guess with the pudding, softened cream cheese, you get something lighter.   Sounds amazing!! 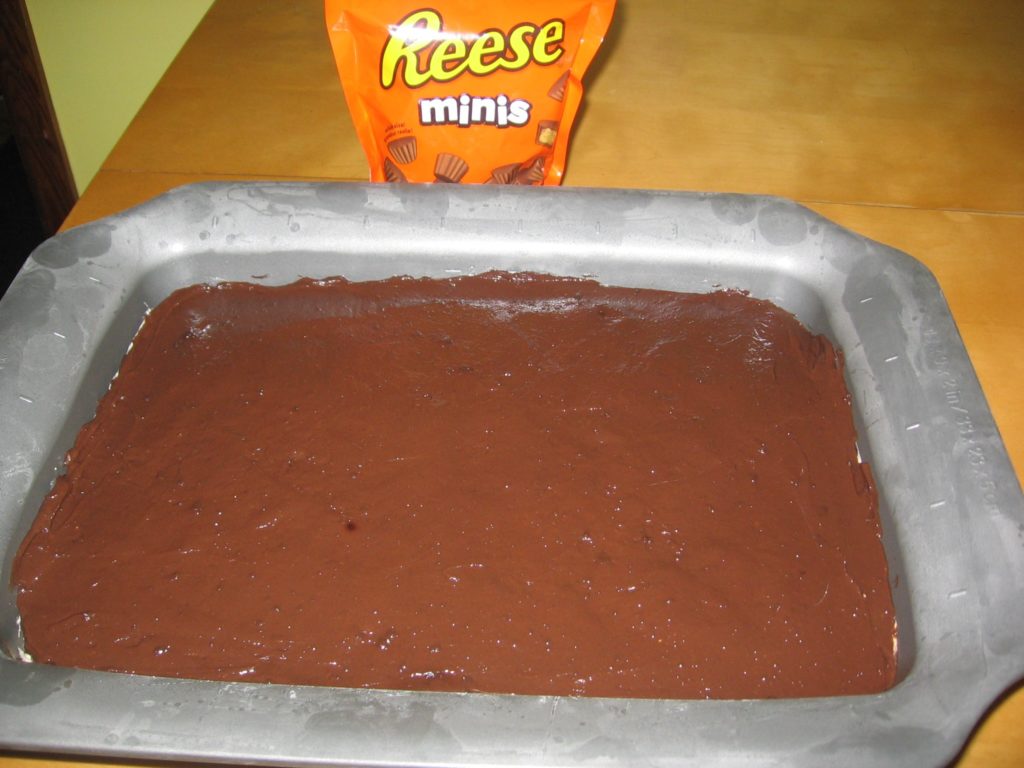 This is the recipe without the topping 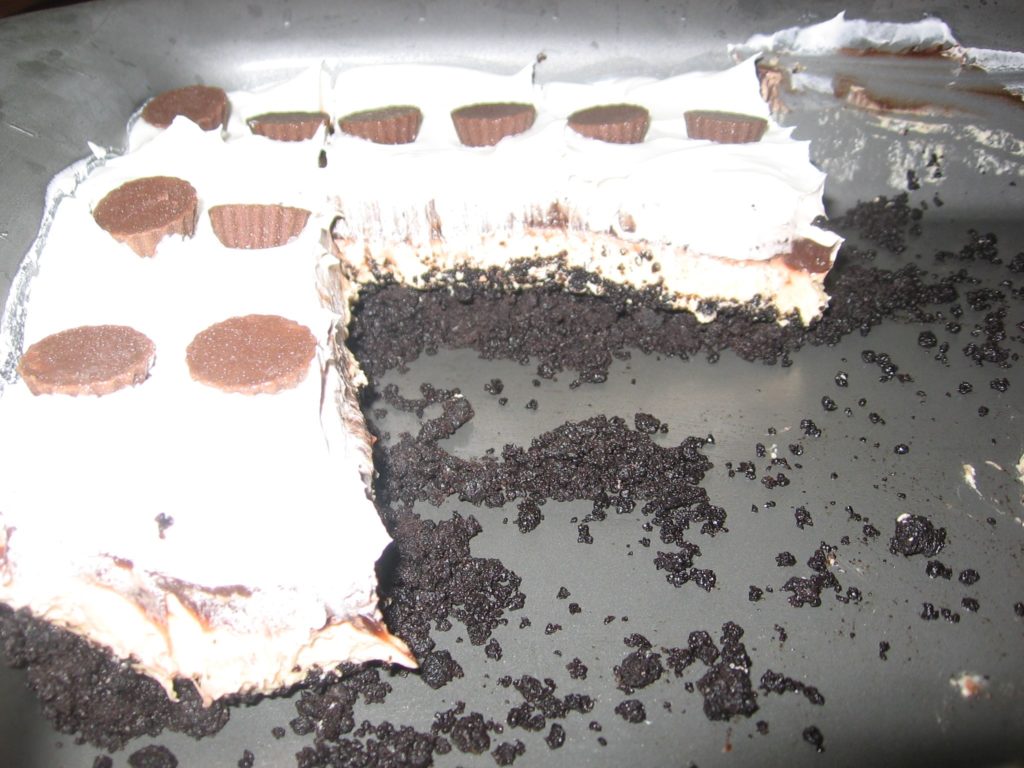 This is the dessert in its final appearance, just before it all disappears!

OREO CRUST In a food processor, finely crush oreo cookies. Stir in melted butter. Press into a 9″ x13″ pan or glass dish. Place in the freezer while preparing the next layer.

PEANUT BUTTER LAYER With mixer on medium, cream cheese, milk & peanut butter until fluffy. Slowly add in powdered sugar. Gently fold in whipped topping. Spread the peanut butter layer on the Oreo crust. Place in the freezer while preparing the next layer.

CHOCOLATE LAYER In a bowl, mix together both boxes of pudding mix and milk. (Note: This will be less milk than called for on the box. You want this layer a little bit thicker than pudding.) Spread the pudding onto the peanut butter layer. Place in the fridge and allow to set for about 5 minutes. Top with remaining whipped topping, chopped Reese’s Mini Pieces, peanut butter chips and chocolate sauce if desired. Refrigerate at least 3 hours.