CAPTION: Cast members from "Return to Amish" in their new season.  I've spoken on the phone to the woman on the right.  Nice lady, she is Amish as far as I know and I know others that know her.  But that's about as "real" as the show gets. 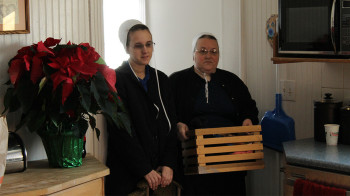 Okay, fiction is alive and well on TV in the United States and that is fine.    TLC's debut of "Return to Amish", a spin-off of the highly successful "Breaking Amish" debuted to robust numbers this week.   That means you'll likely see the Amish reality TV bandwagon crank back up over the months ahead.

The history of television is full of fiction and fantasy from I Dream of Jeannie, Bewitched,  The Incredible Hulk, Star Trek, and other shows.  TLC's shows "Return to Amish", "Breaking Amish" and Discovery's "Amish Mafia" are just that: fiction.   There is about as much truth to these shows as there is to a woman twitching her nose and turning someone into a frog or a mild-mannered scientist turning into a giant green muscle man.  So, if you enjoy that type of TV - and there's nothing wrong with it - carry on! (just ignore the fact that TLC in some of their promos must have accidentally labeled the show "reality", of course, that is an error....and sorry if my dripping sarcasm is off-putting) 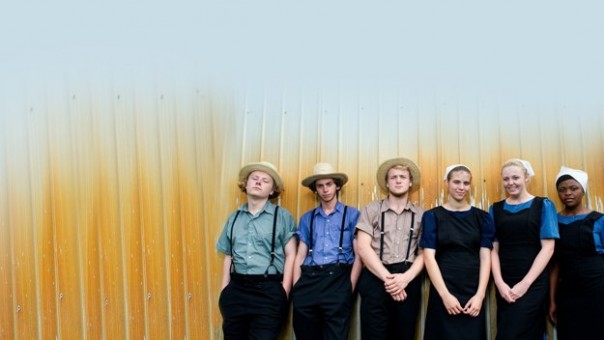 While television in the United States does a horrific job (with a few exceptions) of portraying the Amish, one of the best programs I've ever seen was broadcast several years ago on England's Channel 4.  The series was called "Living with the Amish" and the premise was that six teens from the UK would go spend some time living with the Amish.  I've met some of the participants in the program and I've watched all of the episodes and these are wonderful, heart-warming, educational shows that, for the most part, show the Amish I've come to know through the years.   What a great, great series and it was too bad it was never aired widely in the USA.  Click here to watch the episodes on Channel 4.  This series is absolutely worth the time to watch.