Captions:  Rosanna and I take a drink from the makeshift fountains, and Aster, Rosanna and I visit.  Thanks to Rachel for taking the photos!

Editor's Note:  Rosanna's Plain Kansas column returns next week.  She was attending Annual Meeting this past week, so instead we feature a visit with her!

Rosanna Bauman, who writes the weekly Plain Kansas columnist, knew almost everyone in attendance at the Annual Meeting (or so it seemed).  Like Lovina Eicher who writes the Amish Cook column, she is a nice, down-to-earth person, and fun to hang out with.     She came to the annual meeting with her 17-year-old brother, Ivin, and 14-year-old sister, Joanna.  So Rachel and I got to meet them also.  I'll write more about them when I post about youth gathering tomorrow.  Unfortunately, Rosanna's parents couldn't attend because they had to stay back in Kansas and run the farm and tend to an ailing relative.

Rosanna was a great tour guide, walking Rachel, Aster, and I throughout the grounds of the meeting sprawled out over 30 plus acres on a farm north of Lima.   The temperature was around 80 degrees under bright sunshine so the weather really was perfect for the occasion.    I was struck by how the organizers of the conference have almost every eventuality covered from a fully-staffed first-aid trailer ("someone always faints or has heat stroke at these events" Rosanna said matter-of-factly) to a fleet of motorized scooters on hand for the disabled.    And there is a bank of water-fountains centrally located on the grounds to keep everyone hydrated.  The water tasted cool and fresh. 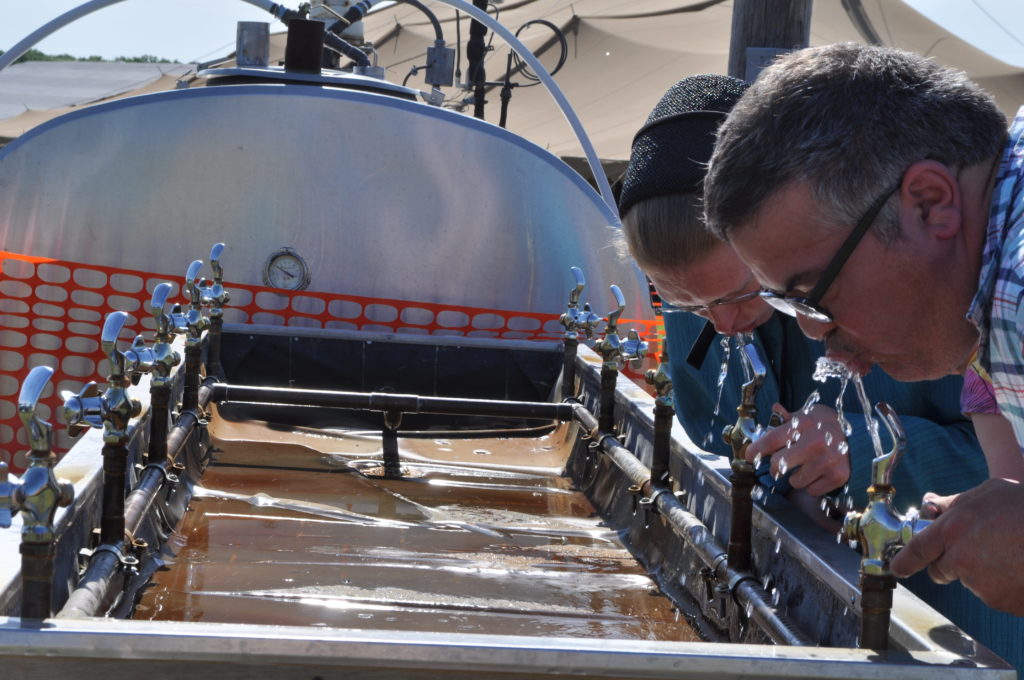 "Yes, this water tastes good, not good when it has a sulfur type taste like it did in northern Indiana!"  Rosanna said.

She also pointed out the makeshift restrooms on the grounds, a long low-slung plywood building.

"We used to just dig pits, but now there are port-o-potties in those buildings, I think it has to do with regulations," Rosanna noted.

Rosanna seemed to know most (and there were thousands) of the people in attendance.

"Oh that's my cousin from Wisconsin", she'd say gesturing towards a person walking the opposite direction. Or she'd stop to chat with someone.  Despite the name "German Baptists", unlike the Amish they do not speak German.    There may be some old-times who speak German, but the dialect has really died out among the German Baptists.

The German Baptists have their own monthly periodical called "The Vindicator."  It is still being published monthly in Englewood, OH outside of Dayton. It is edited and published by a committee of seven, plus an office editor. The paper contains selected articles, essays, poetry, editorial comments, church business news, and obituaries of OGBB members and their families.  The paper had sort of moved from place to place depending on who the editors were. It used to be based out of Union City, Ohio.  I had the pleasure of visiting their offices and meeting their editors back in the early 90s.

Here are some more scenes from my visit with Rosanna.  Tomorrow, I'll post about the young folks gathering.  As a young, unmarried woman Rosanna flits between the main conference and the most youthful, lively activities of the youth. 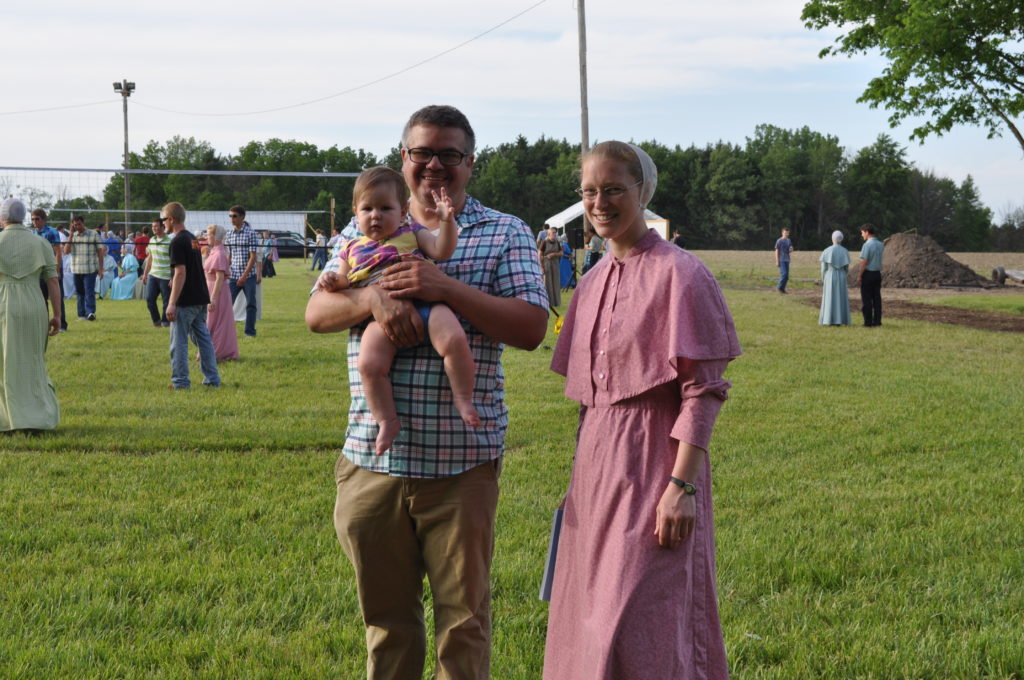 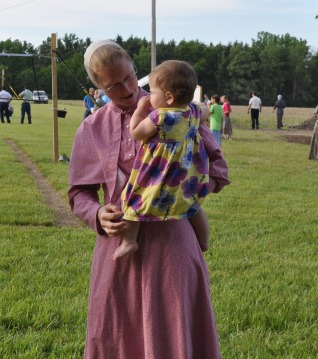