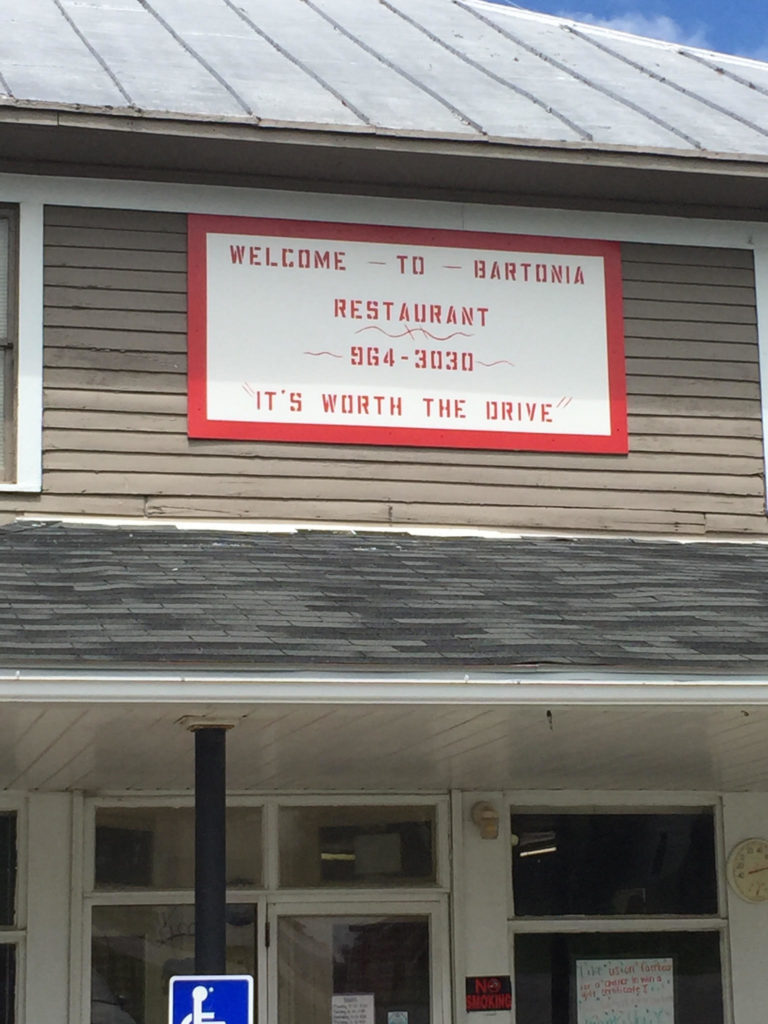 There aren't many places close to me that I haven't been before.  I live in southwest Ohio and I've criss-crossed every nook and cranny within 100 miles of me.  Or at least I thought.  Although, curiously, I had never been to the town of Yellow Springs, Ohio until a year or two ago. I say curiously because it's a quirky little town outside of Dayton that just seems like a place I would have visited before.  But I was finally able to cross that off my list.

Yesterday, I was exploring a strip of county straddling there Ohio, Indiana border...going through little gasps of towns with names like Whitewater, Indiana; Hollansburg, Ohio, and Baratonia, Indiana.  I'll share more about why I was there in the weeks ahead. But, sheesh, it really is in a "no-man's land" between Richmond, Indiana; Greenville, Ohio and Muncie, Indiana.

While there I stopped for lunch at a small diner called the Bartonia Restaurant with the aptly visible and boastful slogan "it's worth the drive."  It may well be (well, I'm not sure how far I'd drive to this place...but the food was good...so maybe I'd draw an hour radius from there and say it's worth the drive).    There's actually what passes for a town around the restaurant and that town is called Bartonia.  Never heard of it until I stumbled into it yesterday.  This area really is a No Man's Land and it's kind of refreshing to find such a place in today's non-stop, fast-paced world.

Curiously, there was a photo outside the restroom of the "Woodland School" with plainly dressed Amish or Mennonite kids in a snowy scene.  Most of the framed photos in the restaurant depicted a local scene.   The food at the restaurant was great, but the woman working there seemed a bit frazzled (I think she was the only one working there at the time and there was a little bit of a lunch rush, surprisingly in a place as small as Bartonia) so I didn't want to bother her by asking her where the photo was taken. 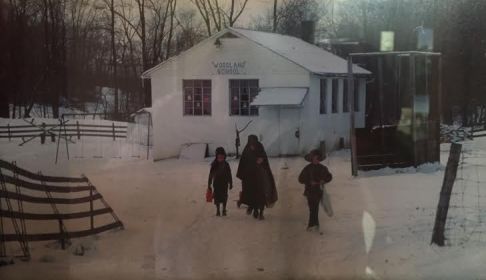