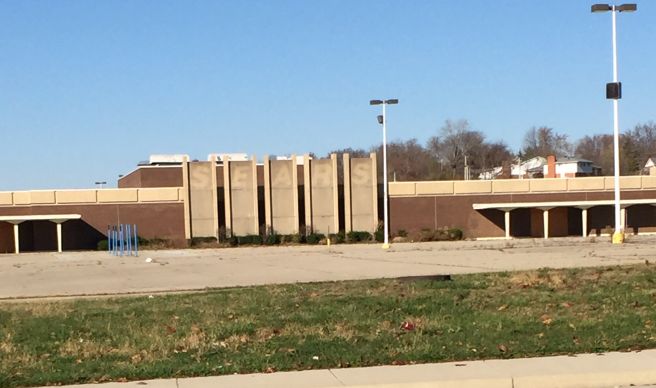 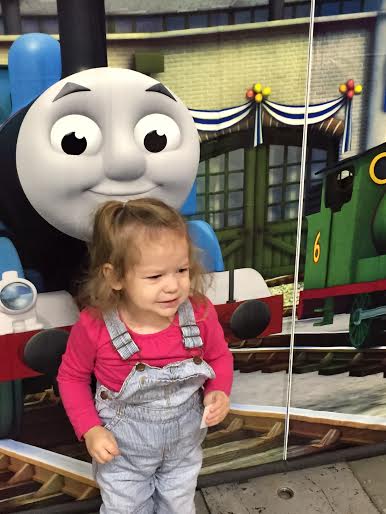 Aster meets Thomas the train at Hara Arena in Dayton 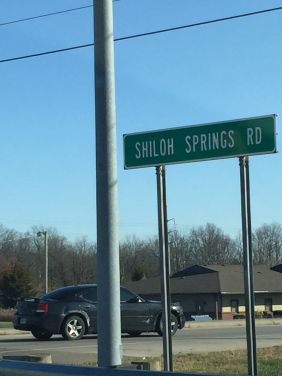 On Sunday, Aster and I had a “Daddy-Daughter” day and it was a lot of fun.  I took her to the annual Dayton Train Show at Hara Arena on the city’s west side.  Aster loved the assortment of model trains on display and chugging along for all to enjoy inside.  But it was what was outside that really stuck with me.

I’ve lived in southwest Ohio my whole life and I’m not sure I had ever been to this corner of Dayton and what I saw seemed like a ghost town.     Just in one pass down Shiloh Springs Road I saw a boarded up former Target, a Lowes sitting empty,a Sears, a JCPenny and other “big box” stores I couldn’t identify.  A few chains stores seem to be clinging to life: a Home Depot and a Burlingon Coat Factory, but beyond that…just an empty retail wasteland.  Hara Arena, itself, just down the street seemed like it had seen better days also.  The facility, still used for concerts and exhibitions, seemed run-down and dumpy.

So, what happened?  I did Google the area when I got home and turns out it was once the shopping mecca of Dayton, home to a place called the Salem Mall.  Built in 1966 it was the first indoor shopping center in Dayton and survived and thrived into the 1990s before beginning a slow slide to oblivion today.

It’s just weird, sort of ghostly feeling, to visit places that were once obviously thriving and are now shells of their former selves.

I remember in the early days of doing the Amish Cook column I’d visit the south side of Fort Wayne, Indiana a fair amount and I’d see the Southland Mall.  As early as the early 1990s it had become a ghostly shell of its former self. At least today there is a Menard’s and, ugh, Wal-Mart there so no real trace of the original mall remains.  There's just something sad about seeing a place that was once teeming with life: Christmas shoppers buying presents, teenagers carousing in the food court, and piped in mall music sitting empty.

So, I guess shopping patterns change, demographics change, recessions hit, all of these things, I suppose, contributes to the decline of a retail area.  Which is why I always sort of wince when a new one opens up.  There’s a massive new shopping complex (a "lifestyle center", the trendy outdoor shopping areas that are supposed to create a "town square" type feel) between Cincinnati and Dayton that just opened up called Liberty Center. I’ve not been there yet, but what will happen to the site 50 years from now when demographics and economics have shifted yet again?  Will there be a ghostly, empty outdoor shopping spot?

Is anyone who visits here familiar with the Salem Mall in Dayton.  If so, can you share with us what you think happened to cause its decline?