I firmly believe that the best food is found in the mom & pop eateries that dot the backroads of the USA.  That's not to say that the chains don't offer something....they offer consistency, monster-sized portions, unlimited free refills, and comfy booths.  There's something to be said for all of that.  Independent road-side restaurants are culinary mirrors that reflect their surroundings.  I live in Ohio but cross the Ohio River and make your way 15 to 20 miles into Kentucky and you'll find eateries that serve up sweet tea, breaded catfish caught from the nearby creek, okra, skillet cornbread, and hummingbird cake.  Yes, the best road food is in the south. But the culinary reflections are different depending on the mirror.  I've found myself at seaside diners in Newfoundland offering local specialities like  "cod tongues" and bake-apples, while I've sipped huckleberry milkshakes in Montana.

Most of the time the Mom & Pop places haven't disappointed me.   One of my favorite authors, William Least Heat Moon, wrote about exploring the "blue highways" (back roads) of rural America and the importance of rural road food.  He had an interesting formula for determining how good an independent restaurant was:

“There is one infallible way to find honest food at just prices in blue highway America: count the wall calendars in a café.

No calendar: Same as an interstate pit stop
One calendar: preprocessed food assembled in New Jersey
Two calendars: Only if fish trophies present
Three calendars: Can’t miss on the farm boy breakfasts
Four calendars: Try the ho-made pie, too.
Five calendars: Keep it under your hat, or they will franchise

One time I found a six calendar café in the Ozarks, which served fried chicken, peach pie, and chocolate malts, that left me searching for another ever since. I’ve never seen a seven-calendar place.”

I forgot to count the calendars on the wall at this little diner I visited with my mother last month along the Appalachian Highway in rural southern Ohio.  They do serve breakfast all day, which to me is the hallmark of a good mom & pop....and that is what I did, I had breakfast for lunch with a massive omelet. 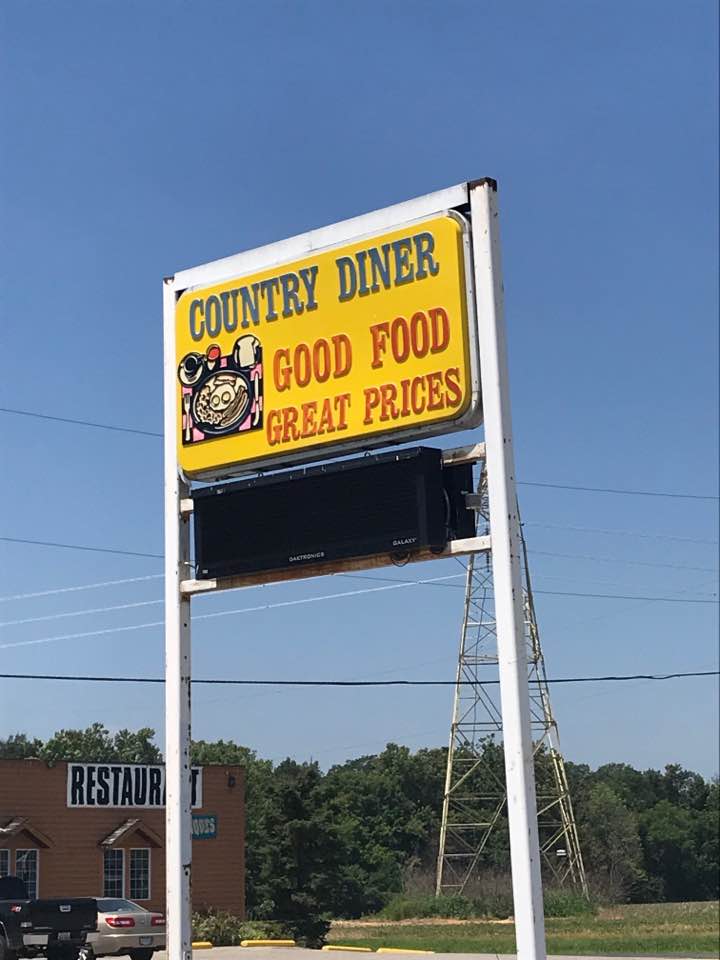 This country diner is actually called Country Diner, located along Ohio Route 32 near the town of Sardinia in Brown County, Ohio 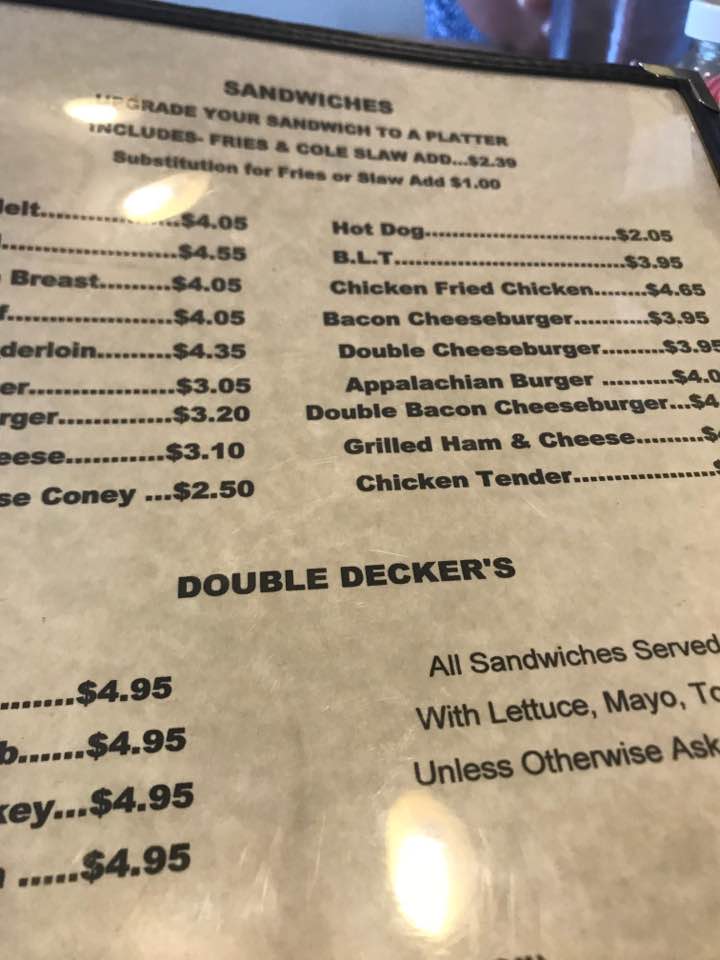 I always look for regional/local flavor on the menu's of small diners....like the "Appalachian Burger" paying homage to this diner's perch at the edge of Appalachia in Brown County, Ohio...the Appalachian Burger is a "double decker" that the waitress described as a homemade "big mac"....Ah, and look at the prices, a refreshing break to the wallet from the super expensive chain places. 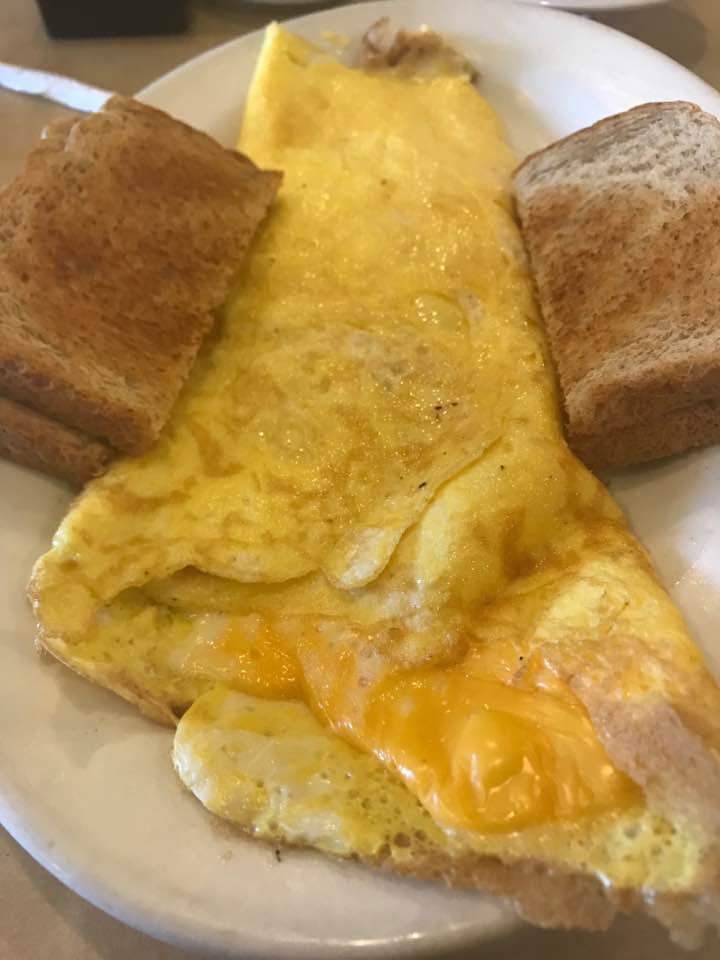 I ordered am omelet, it was monster-sized and it was fair...the fact that I describe it as "fair" is not the restaurant's fault, it's just hard - in my opinion - to do much exciting to a cheese omelet. I should have ordered something a little less bland... 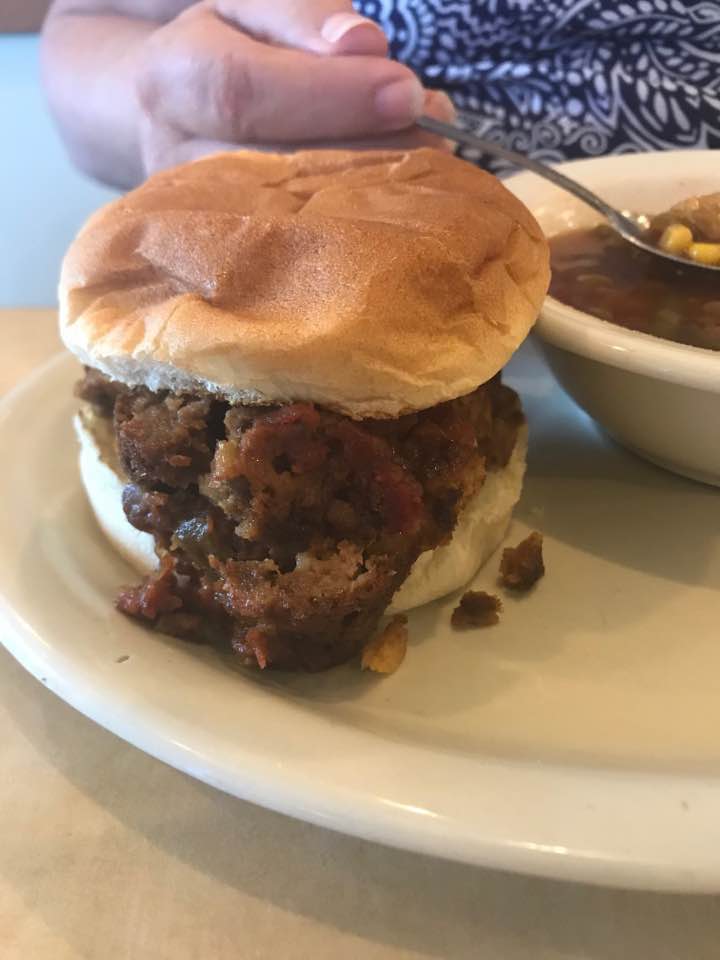 My mother fared better, ordering the homemade meatloaf sandwich which the waitress said gets rave reviews...

« Scenes From An Amish Picnic
The Amish Cook: Comforting Cupcakes »