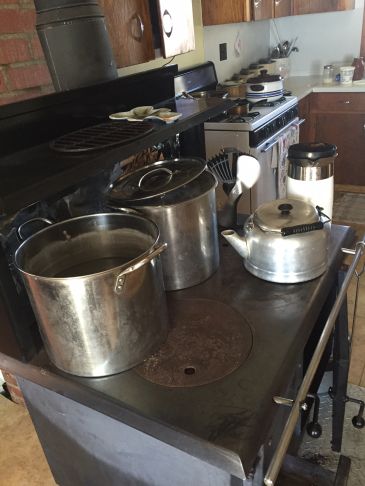 Wood-stove inside the Speicher's kitchen

The Amish have generally and historically steered clear of the upper lip facial hair for reasons of tradition.  Best anyone can tell is that, at the time the Amish church was formed, mustaches were associated with military service, something that didn't sit well with the pacifist Amish.  So to this day Amish men generally don't have mustaches.  I have seen them, though, in nearby Unity, Maine. 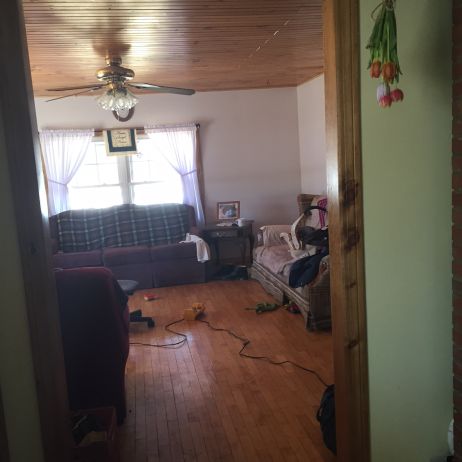 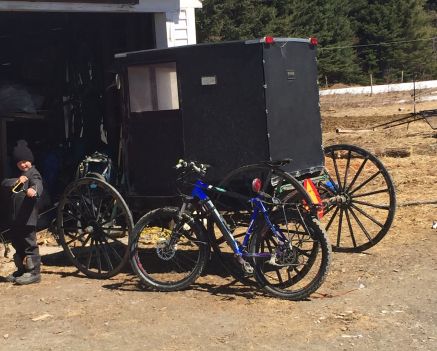 A covered buggy sits in Chris Speicher's driveway. As you can see bicycle are permitted here.

Amish man Abner Stoll told me at the time that they didn't think mustaches had any ties to military service anymore and that they are now permitted in his church (so he was sporting a stache).  The Unity community fellowships with the Smyrna one, so a mustache in Smyna wasn't really a shock.  I've also seen mustaches on "Amish" in Lobelville, Tennessee and Pearisburg, Virginia.  I use "Amish" in quotes because some question whether this group is actually Amish or a separate split off church of some sport.  But they do wear mustaches and, in fact, Chris Speicher lived in Lobelsville for a time so he had double-stache history on his side! (Speicher, by the way, is not all that common of an Amish name...would be interested to hear more of Chris's history sometime) 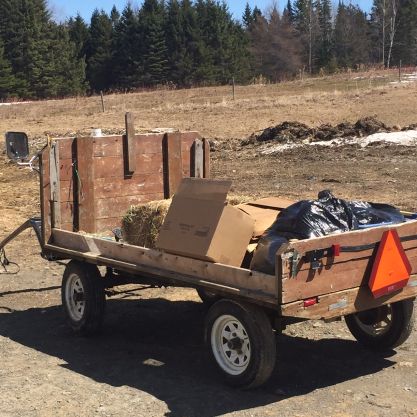 Speicher has piercing blue eyes and a friendly demeanor.

"The growing season up here is shorter, but you get bigger vegetables," Speicher explained.

He did say the winters could be brutal but that personally he preferred it to the heat of Tennessee.

"Still, most Amish I don't think realize that the South would be a lot more suited for our lifestyle than the north!" Speicher said.

The house that he moved into was previously owned by non-Amish so it does have electricity (you can see the wire in the photo and the ceiling fan)  but at some point church authorities will make him get rid of it completely.  Heating is done by woodstove and life in Smyrna Speicher says is "very pleasant."

As long as you don't mind huge blizzards and -30 temperatures!

« Banana Bread Beer and Other Beverage Thoughts...
Most Remote Amish Community? It Wasn't Where I thought.... »