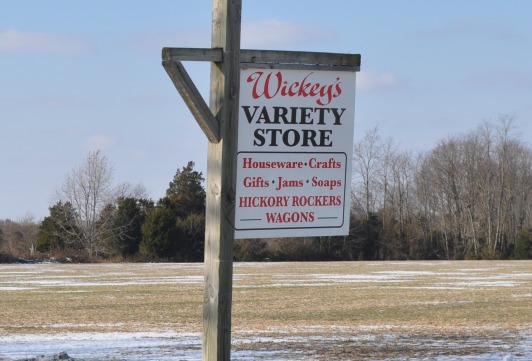 I had never visited the Switzerland County Amish community until yesterday.   First, let me say, for anyone who thinks Indiana is just a board-flat piece of scrubland, think again.   The route to the Bear Branch, Indiana Amish settlement took me through corkscrew twists and turns and atop narrow ridges that were more reminiscent of North Carolina than Indiana.  I programmed the address I was headed to into my smartphone and followed the way.  One hour and 19 minutes it declared.  It must have not factored into the slow-moving grain truck I got behind, the twisty roads, or the leftover ice because it took me about 2 1 /2 to get there.  I felt like I had traveled in a giant circle and I told the Amish woman that when I arrived.

"It took me forever to get here.  I feel like I just went in a huge circle, there has to be a fasted way to get here" I said, describing the journey I made.

"No, no, you did it right.  That's the fastest way coming from Cincinnati.  You did really well, most people get lost." the middle-aged Amish woman  marveled.

I was already late for my visit.  I was there to see two Amish sisters (used to be three but one passed away) who call themselves, simply, "The Wickey Sisters" and that is how they wished to be called in my writing.   The Wickey sisters also include some Wickey brothers and that's where we'll start today.

Wickey Variety Store, 4112 Aberdeen Road, (good luck finding it!), is a true throwback to another time and era.   First of all, this Amish settlement (there are three around the Vevay/Switzerland County area and I'll write more next week) is very conservative. There are no phones to be found anywhere (I sent them a letter that I was coming), indoor plumbing isn't permitted, and the settlement is very insular.  Even the time change is optional.

"Some change their clocks, some don't, they don't see why they should,"  Amos Wickey explained.  The local newspaper listed an Amish funeral recently and when they put in the time they put "Amish Time" after it, denoting that the Amish in this settlement don't change their clocks.  But some do. And that sews some confusion.

While some Amish variety stores cater to the touri 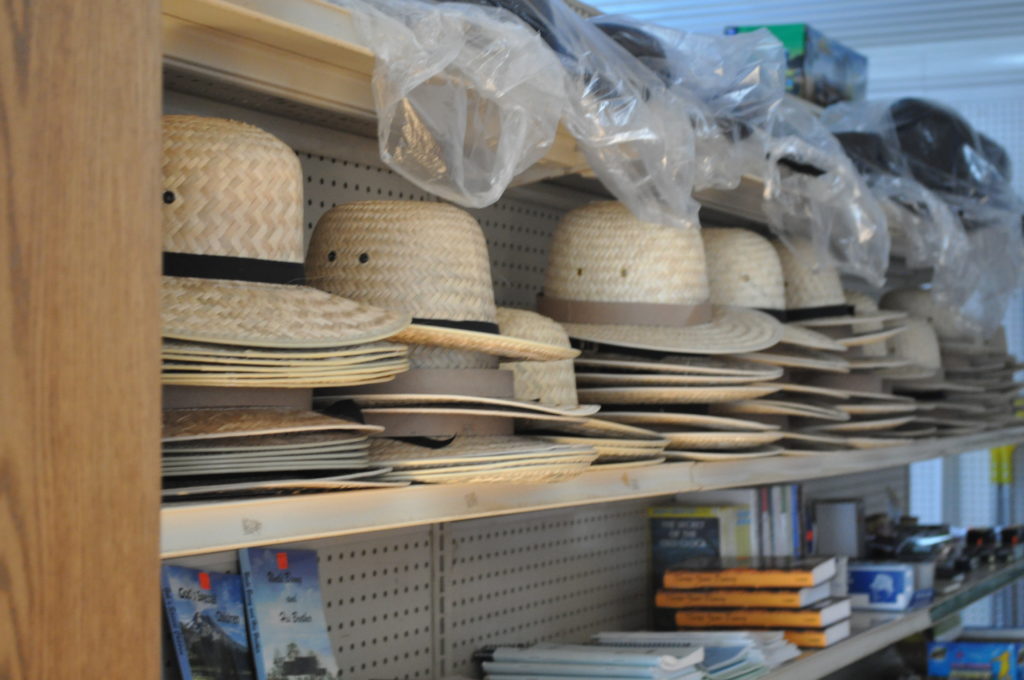 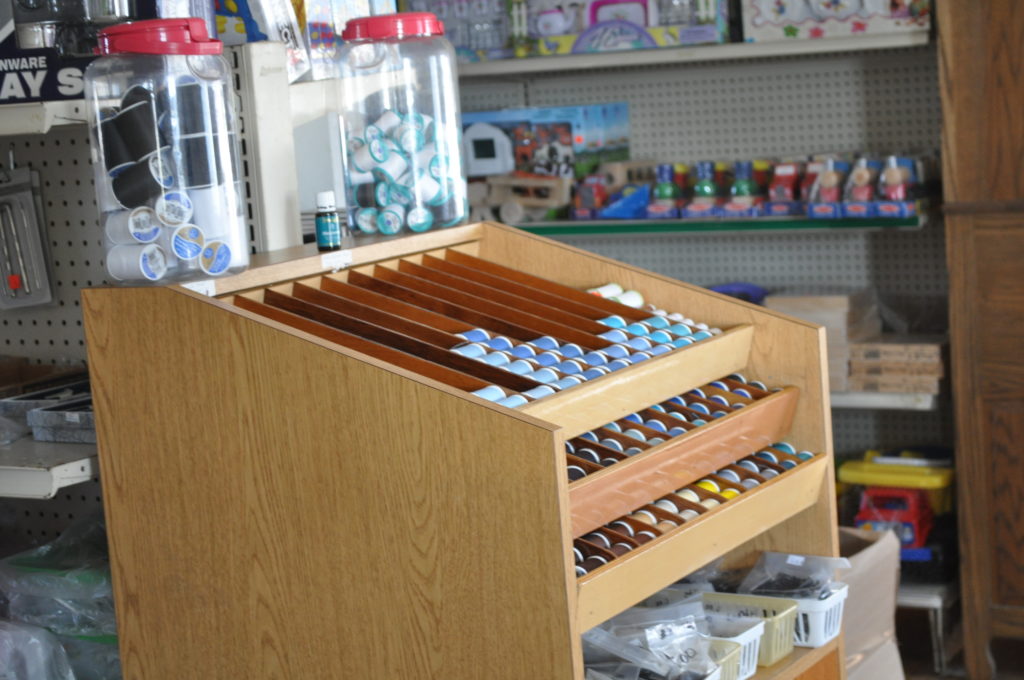 st crowd, this one does not.

"Our customers are mainly Amish," Wickey said.  He's had the store for about 4 years.  I think what struck me most was the reasonable prices.    Had I not spent what little cash I had on a part for my camera on the way I would have loved to have bought this toy kitchen play set for Aster (she likes playing with simpler items like that)  for Christmas, only $14.95.  She would have loved it and I may send him a check for it.  He will ship items. 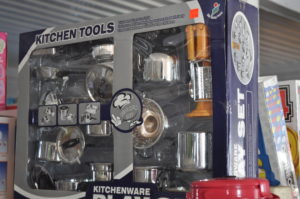 Here are some other scenes from Wickey's Variety:

An amazing variety.  And the store is cozy warm, heated by the toasty, inviting coals of a not quite potbelly stove.  Fabric seems to be one of his largest sellers.   Wickey's Variety is open every day of the years except Sundays and Christmas.

So what was the inspiration behind starting the store?

"It's just something I always wanted to do," Amos said, smiling.

Click here for a 90 second video tour of the store.