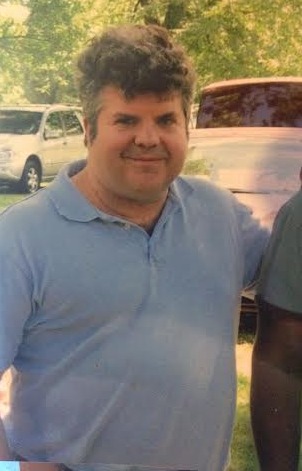 Captions:   Photo of my brother, Geoff.   And below, photos of his Amish Poor Man's Steak.

Last week I posted a recipe for Poor Man's Steak. Poor Man's Steak is a staple at Amish potlucks and in Amish kitchens and now maybe it is in my br0ther's.  My brother is, like me, a writer.  He's a couple years older than me and has two daughters that live with him.   Since Geoff has become the primary parent over the last year he's had to step up his game in the kitchen learning how to cook.  I do give him credit for trying different recipes and trying to appeal to the taste buds of two picky pre-teen girls.  He has also just entered the world of smartphones, so these food photos are his first ever photos with his phone.  Not bad! 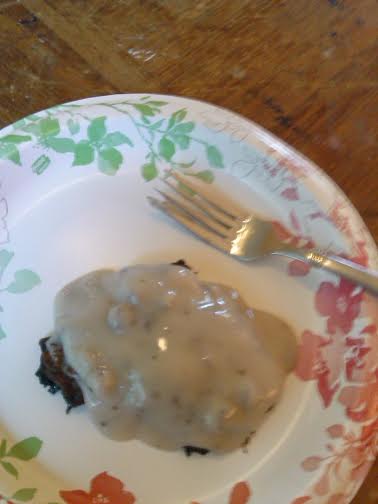 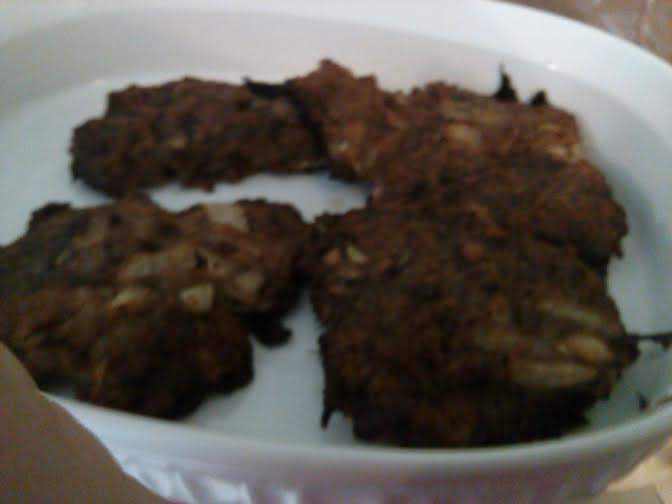 So, here is how Geoff describes his experience tackling Poor Man's Steak:

"It was excellent. I'm serious. I couldn't believe how good it was. Now, keep in mind, I'm a terrible cook, or often I am, so I'm probably grading higher simply because the recipe turned out well. But it was really good. And Lorelei, 10, liked it a lot. Isabelle, 12, didn't seem crazy about it, but she's extremely picky -- and nonetheless, she ate almost all of it. If she doesn't like something, she just won't eat it.

I followed the recipe almost to the letter. I did go overboard on hamburger. I just had a bunch and used it all, not paying attention whether it was a pound. So I had more than I needed and kept some in the refrigerator -- I'll make that tomorrow, probably. And I had it in the refrigerator for about a day and a half. We started it Tuesday morning, thinking we'd have it that night, but we wound up eating out that night, and so I took it out Wednesday around 5 p.m. Put it in the oven, and... geez, I just looked at the recipe again, just now, and see that I did a critical step wrong. See, I told you -- this is why I'm not a great cook. I put the mushroom soup on after cooking it.

So the photos I sent you won't quite look the way it should look. Sigh.

Lorelei didn't think I should pour uncooked soup on the "steaks" (smart girl), and so I did heat the soup in the microwave first -- and then poured it on. But I'll bet it would have been even better with it baking into the beef the whole time.

Well, never mind. The girls ate it without the soup, and I ate it with it, and even though I missed that major step, two of three of us loved it, and we all at least liked it. Maybe I'll try it again tomorrow, the right way."