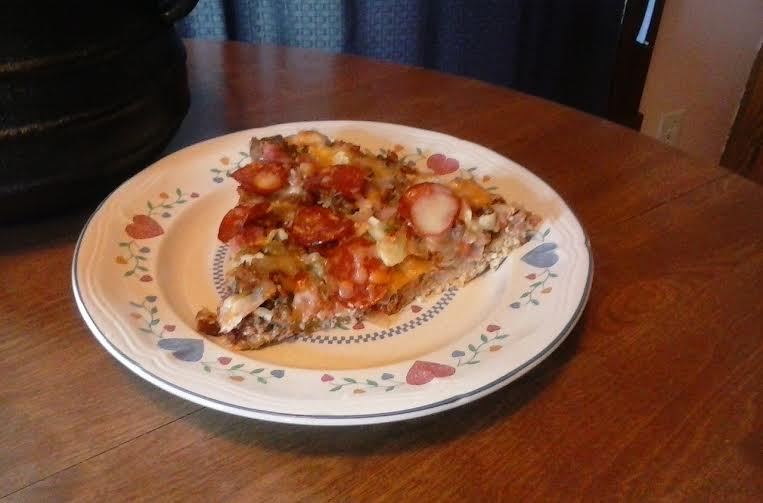 On Saturday morning I was groggily waking up when my husband Daniel suggested that perhaps I could join him on a trip to Vincennes, Indiana to purchase a new door to replace our old one that fails to keep the water out after a heavy rain.

My eyes popped open. I was more fully awake now.  Going to town, and Vincennes is the largest one nearby, isn’t something we do every week or even every other week. It sure would be nice to  have a new door and not worry about having a soaked rug or water puddles with these spring rains.

Soon I was out of bed. I didn’t need to sleep in on my Saturday morning after all.

Daniel suggested that we also go to one of those big home improvement chain stores to look at some new flooring also.  My ears perked.   The linoleum in the kitchen was patched, stained, and had some nasty marks and gouges here and there.  New flooring was something we have wanted for a while, but wasn’t on our list of “must have” items.

Daniel scheduled a non-Amish driver friend to pick us up at 10 a.m. Unfortunately,  there wasn’t space in the truck to take Julia and Austin along so we dropped them off at my brother Javin’s house where they could play with their cousins.

Soon we were on our way. Shopping alone with my husband is a rare treat. Even though I was delighted to go with him my mind kept going back to my children.  At 18 months old this was Austin’s first time to be at a babysitter besides my parents.  I felt a bit worried,  yet I knew he’d be just fine.

At the home store we were tickled to find a good storm door at a reduced price.  My highlight was helping Daniel pick out new linoleum for the kitchen floor. In case you’re wondering, we as a church don’t have wall to wall carpeting. Instead, we are encouraged to have floors that are more practical and easier to clean without having to use electric sweepers.

As I debated over which linoleum I wanted my mind flipped back to when I was a little girl. We had just finished putting linoleum throughout our new house when my mother said she wishes we would have put the same kind we had in the kitchen as we had in the entrance because of its stone design and natural color which didn’t show every speck of dirt.

“I’d never use a stone design in a kitchen!” I  thought with strong resolution.

You’re probably guessing what I’m about to tell you.  As we weighed all the different linoleum choices I was intrigued by the piece with the stone design in a brown and grey color.  It looked perfect for a family kitchen! It never does pay off to make strong, opinionated remarks, does it? We concluded that to be the one we wanted.

On our way home I kept thinking of our new storm door and flooring and it seemed unreal that this was actually happening to me.

“Okay, Daniel, if you do this flooring what is something I can do for you?” I asked.

Of course, he picked having me make one of his favorite dishes: pizza!

“Okay, no problem, And what would you like as a token of thanks for the new door?” I asked.

I told him it was a deal and soon we were back picking up the children (who had been fine during our absence). As we ate lunch Daniel was already making plans to install the flooring that afternoon.

A little later I was standing near the kitchen counter and noticed Austin standing beside a little one-inch hole in the floor that used to be an entry for a gas line. In a sweet little voice he was repeatedly saying “uh-oh, uh-oh.”

I knelt down beside him and peered into   hole to discover an expensive testing instrument on the subfloor a foot under the innocent-looking hole. Thankfully he tattled on himself, otherwise who would have thought of checking this secret hiding place before covering it with new flooring?  Daniel would have ransacked the place looking for it. Daniel made a hook with a wire coat hanger and fished it back out.  Other than that episode, everything went well

Javin dropped in and helped Daniel install the storm door. And, yes, we had pizza and mocha smoothies for supper. I keep marveling at how fresh and new everything looks with the brand new flooring and door.  It made me think of the newness of life that God grants for His children.

I took a marker and wrote: “God gives new beginnings” on the new linoleum under the kitchen stove as a reminder of what God does in the hearts of those who commit their life to Him.

How about trying some of that pizza I made Daniel?  The amounts of ingredients can vary according to your taste buds. We like using ample of barbecue sauce and adding pizza sauce on top of the meat.