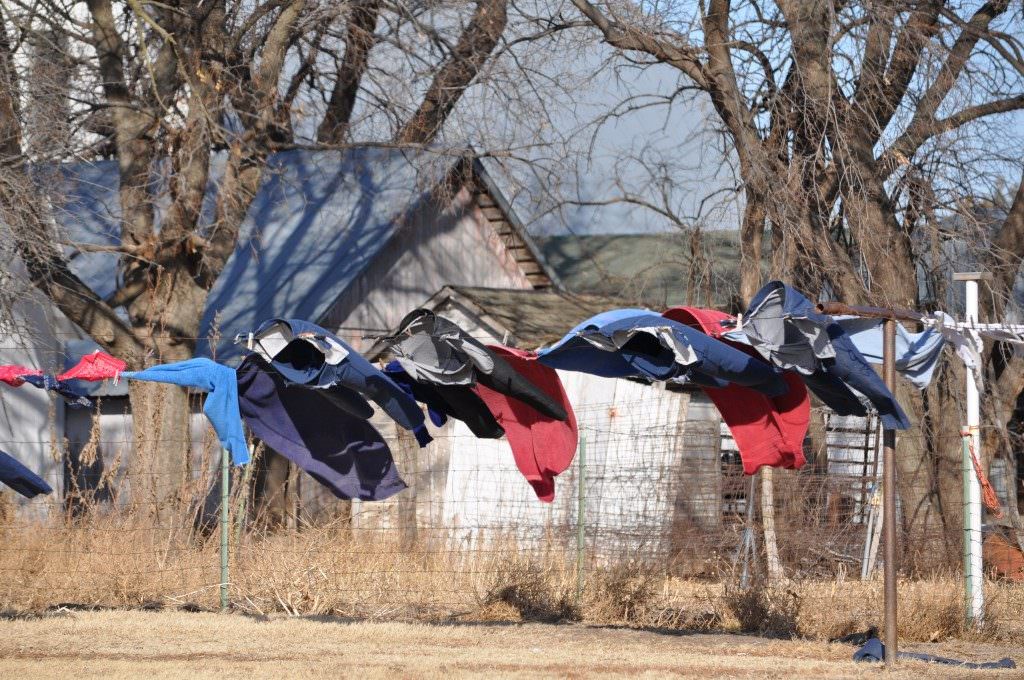 This is laundry flapping in a stiff Kansas wind in the very progressive Amish community of Partridge....reds are among the colors seen here.

Reader question:  Explain to me why the Amish hunters in Maine want to wear red vest because the orange vest are to bright a color for their religion? I thought red was the devils color in their religion?

A couple of years ago, while in the parking lot of an old restaurant in Sugarcreek, Ohio I saw a teenage Amish boy hitching his horse to the hitching post provided.  What struck me about the young Amish man was his clothing:  he was wearing the standard issue black suspenders and black pants that one might see worn on special occasions and Sundays, but his crisply pressed shirt was crimson red.  In retrospect, I wish I would have found a way to ask him about it, but thought it’d seem a little creepy for some middle-aged man to come pulling up to him to ask him about the shade of red he was wearing. So I didn’t. 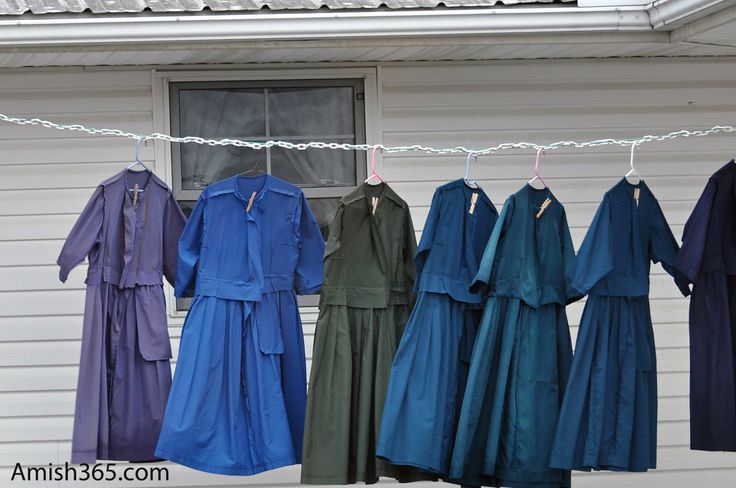 This is a more traditional color spectrum found in Amish settlements.

The area near Sugarcreek is home to a variety of Amish churches of all brands of progressive and conservative. The red is noteworthy because, historically, it was a color the Amish shied away from.  But the disdain of red appears to be fading. In fact, recently legislators in Maine approved an Amish request to wear red hunting attire instead of the bight orange blazes typically donned.  Back to the reader question:" I thought red was the devils color in their religion?" 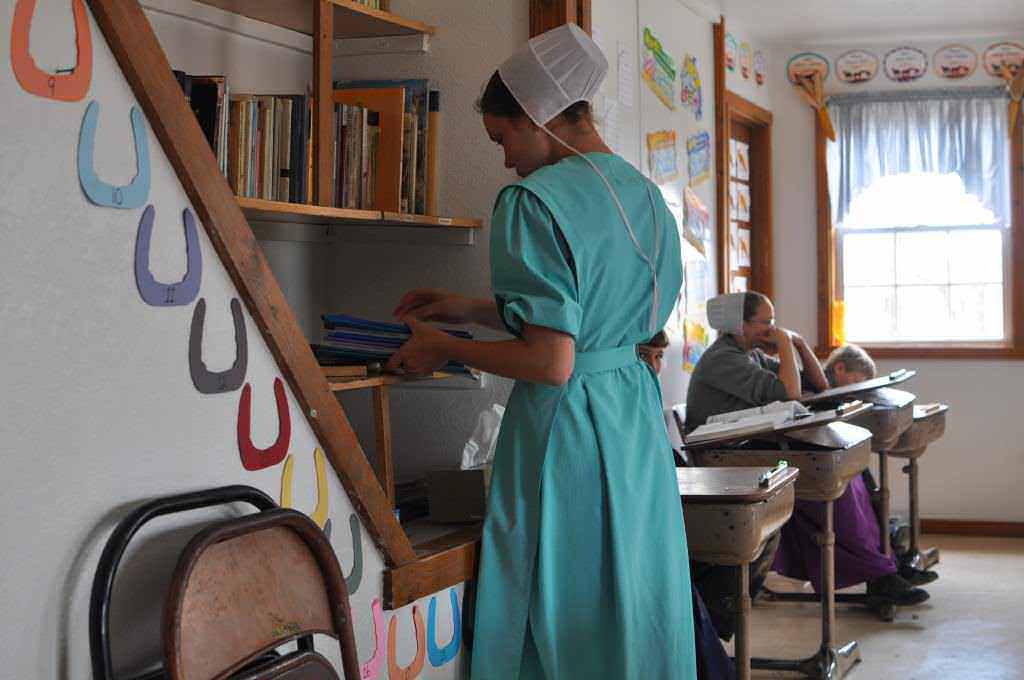 You know, I’m not sure that red was ever considered the Devil’s color by vast swaths of the Amish.  Perhaps there is a germ of truth to that, that some Amish did believe that.  I think the larger issue with red is that the Amish didn’t, and still don't, want to stand-out..  Their ethos tilts heavily towards conformity, no one person is supposed to stand out.  You might be able to get away with wearing a muted mustard colored dress, but an Amish woman in red would stand out.  But life changes among the Amish and more and more colors are common.  As far as the hunting vests go, the orange would out more than a muted red which is part of the primary color palette.  That is their thinking, anyway.

As recently as 15 or 20 years ago if someone asked me what they should wear when visiting an Amish home for the first time, I’d advise against wearing red.   Just seemed like an easy pitfall to avoid, but I doubt I’d even include that in my advice today.   Basically, the more conservative an Amish settlement is the more narrow their color spectrum, the more progressive New Order Amish tend towards all sorts of cheery pastels.

The poor view of red among the Amish, if it ever existed, seems to be fading away.  Colors worn include rusts, mustards, grape, purples along with the more traditional royal blues, blacks, and dark greens.  I still wish I had found out why the young Amish man was wearing crimson...

YOU MIGHT LIKE:  WASHDAY CASSEROLE! After seeing all these laundry photos, check out one of the favorite Amish washday suppers here!