You know, I usually stray from such provincial topics but Lima is right on I-75, so many of you probably pass it on one of the country's busiest intersections.  The city has a population of 37,000, which makes it statistically not much more than a "small town", but because it is all by itself on the plains of west-central Ohio it has to kind of fend for itself and is a scrappy little city.  It's 100 miles either direction before you get to a city of any appreciable size.  Because of this relative isolation, you can find almost anything you need in Lima.  Almost.  We bought the wedding couple a gift card to Target only to realize when we arrived that there is no Target in Lima. Oops.

The fictional high school drama, Glee, was set there, which is laughable.   Not a slam on Lima, but you simply wouldn't find a high school that progressive in Lima.  Or anywhere else within 500 miles.

Lima has a rough edge to it with a hard urban core that dissipates quickly into neighborhoods and then farmland.  There was a tank company that operated on the edge of town for generations, churning out military hardware.

Lima does have its own TV station, I was on it years ago to talk about an Amish cookbook and there is an amazing chain of local diners called Kewpee Burgers  (that is probably why I rolled my eyes at Glee's fictional account of Lima, had they really wanted to nail it, they could have included Kewpee or other real places, instead they made up fictional places in Lima to go with their fictional school).

And then there is the Lima News, what was once a powerfully large newspaper megaphone echoing through a dozen counties in the area has shrunk and shriveled down to a shell of its former self that mainly clings to the city now.  But that is the case with so many newspapers today. 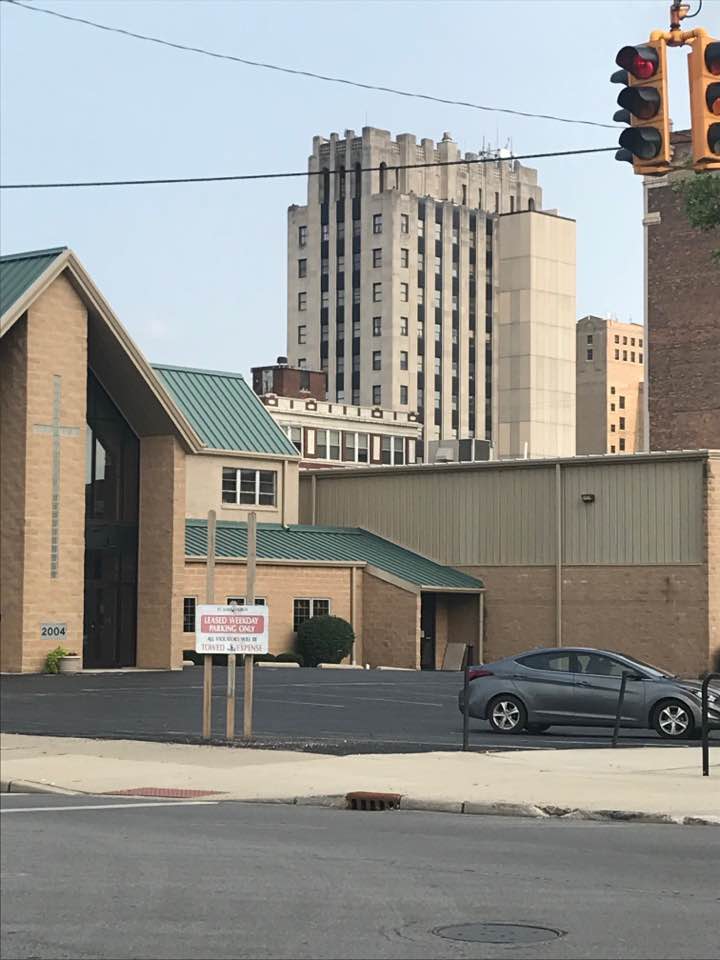 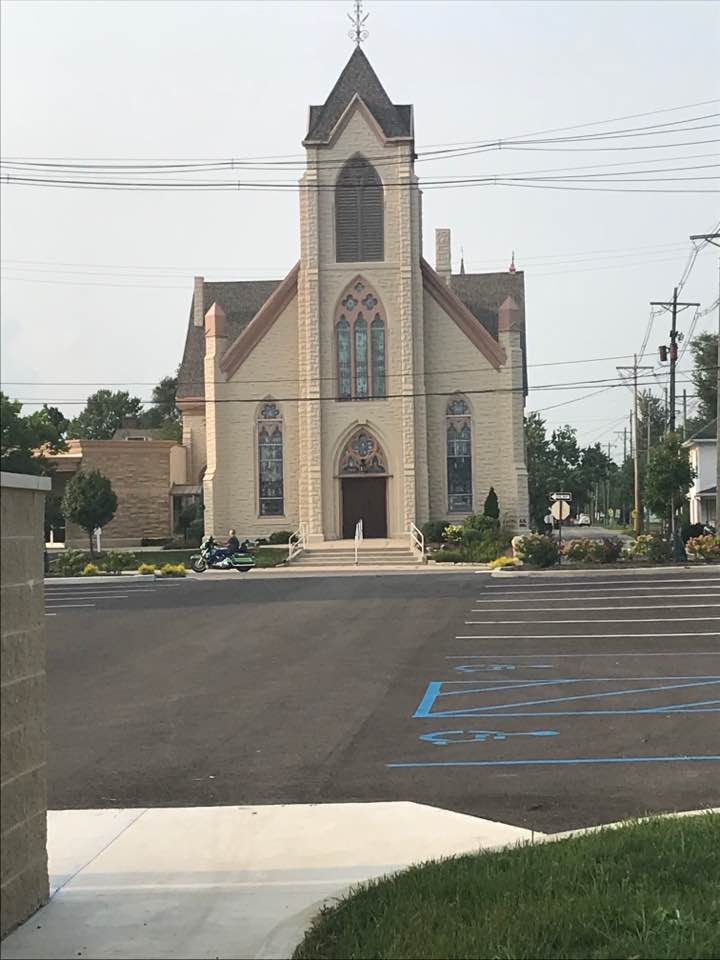 I saw this beautiful church downtown, darn electric wires are rather unsightly. 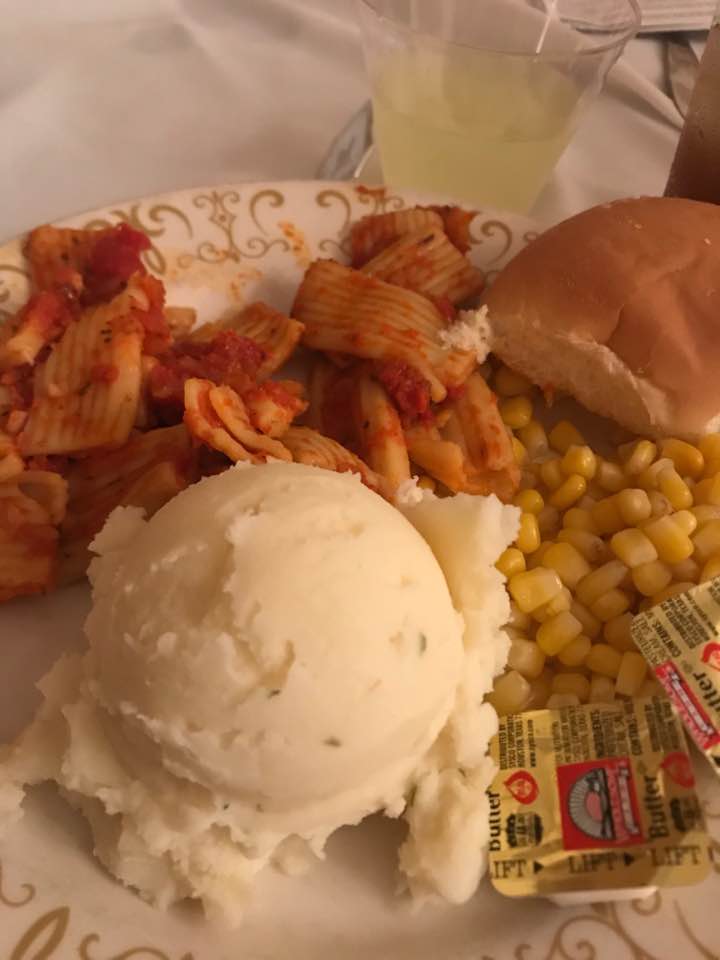 My meal at the wedding, pretty good....the pasta was my favorite...