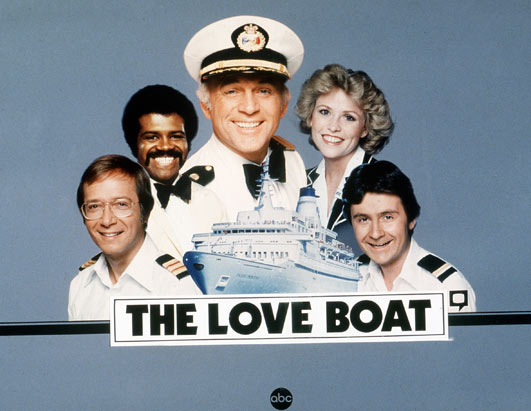 I was traveling through a rural vein of southern Ohio yesterday and it just got me nostalgic for days of yore: simpler times when gas stations were bustling with full-service attendants, Coke came in a glass bottle, and young people walked down the street talking to one another, not texting.

My mind drifted (I try not to let my mind drift too much while driving!) to some of my favorite hour-long dramas through the years, those wholesome hour-long escapes from yesteryear.  I’ve written about favorite sitcoms before, but those are only about 22 minutes long once you extract the commercials.  No, hour-long shows are special. Any show that can command my presence for a full hour is doing something right.  The shows I am thinking of aren’t the ones today.  Even TV has changed. DVR and pause buttons have sucked the “appointment TV” meaning away.   Oh, there are still some great shows today, but they aren’t quite the same for some reason.

So here’s my hour-long drama (or in most cases, hour long block of cheese) Hall of Fame.  Am I missing any?

LITTLE HOUSE ON THE PRAIRIE:  You don’t get any better than this.  Michael Landon always had a lesson on wholesomeness or humility.  Laura always got the best of Nellie in the end.  And, sheesh, how did Nels put up with Mrs. Olson all those years??

EIGHT IS ENOUGH:  Tom Bradford and his brood were a wholesome escape.  But now it’s laughable, a columnist with a smallish-sized paper like the Sacramento one supporting a little of eight kids.  Tom would have been canned years ago in favor of cheap off-the-wire AP stuff.

ER:  Great drama, although you did wonder why many hostage situations, explosions, and fights one ER could handle over the years.

MURDER, SHE WROTE:  Another great drama of the 80s and 90s.  But, really, you began to wonder why many murders Jessica Fletcher could uncover before people began to suspect HER.

SIX MILLION DOLLAR MAN:   Aka the Bionic Man and it's spin-offs, the Bionic Woman and wasn't there even a spinoff called the Bionic Dog?    Back then this was the stuff of futuristic science fiction, but, sheesh, with medical and military advances since then bionics almost seem quaint.

THE INCREDIBLE HULK:  For some reason, my Grandma loved this show and I have great memories of watching it with her.  Nothing like watching mild-mannered, nerdy scientist morph into a monster to get back at the bad guys!

THE LOVE BOAT:   Ah, an hour of cheesy bliss where glitzy guest stars came and went and Gopher and the captain made everyone feel at ease.  Didn't Gopher eventually serve in Congress?  I've never been on a cruise but I always hear that they nickle and dime you for everything onboard, but no one ever seemed to complain about the prices on The Love Boat.
UNSOLVED MYSTERIES: Maybe not a drama in the classic sense, but Robert Stack's voice had a prosecutorial authority to it that made you pay attention.

So, what is missing from the list?  There were a whole slew of shows like Dallas, Knots Landing, Falcon Crest, etc that I never could get into. Maybe I was just a bit young at the time.  My brother loved Fantasy Island but I just couldn't get into it.  Others?