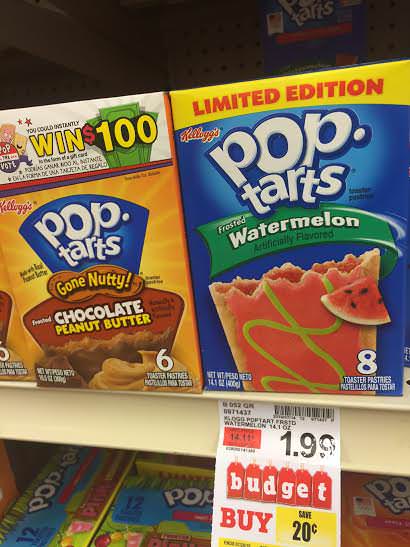 In my mind, the Pop-Tart represents the beginning of the "portable breakfast."  Once upon a time, the Pop-Tart was one of the only edible items that you could "grab and go" in the morning.  And, as kids, there wasn't anything much better than the Pop-Tart.  You had your Pop Tarts without frosting (so pointless) and you had the kind with frosting. Who would want a Pop-Tart without frosting? I never understood that....The frosting ratio on Pop Tarts always varied with some being thickly coated with the waxy, sweet icing while others had only the thinnest of coatings.

I think my favorite flavor was the frosted blueberry with sprinkles or the brown sugar cinnamon.  Now they have all sorts of new flavors.  Watermelon Pop-Tarts?  I  probably haven't regularly eaten Pop-Tarts since I was in college, but every now and then - when I see new flavors like these - I am captivated by a whiff of nostalgia for those frosted rectangles of childhood bliss. 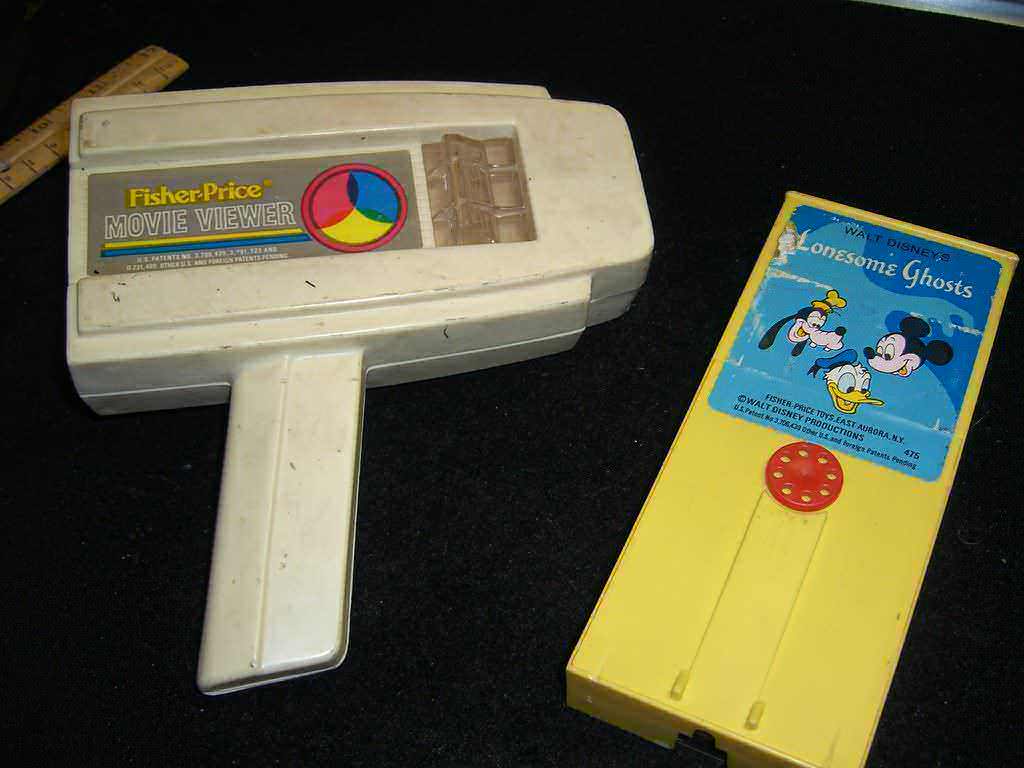 Does anyone remember these old Fisher Price movies?

And, speaking of childhood bliss,  in my brother's old bedroom at my parents house there are some old "movie cartridges"  with some silent Disney cartoons. As a kid, I'd stick a cartridge into the movie and turn the crank to watch Snow White or The Three Little Pigs.  I think I spent hours watching these cartoons and you could even crank in reverse to watch the cartoon backwards.  And if you turned the crank super fast, the cartoon would move at that speed or slower if you went really slow.  The cartridges are still in my brother's bedroom, but the "movie viewer" has long since disappeared.  Aster has seen those cartoon cartridges and asks about them....I've found the movie viewer on Ebay for a few bucks, I may just have to break down one of these days and get it for her....Does anyone remember these Fisher Price movie viewers?  Ah, nothing like a little Throwback Thursday to feel old...