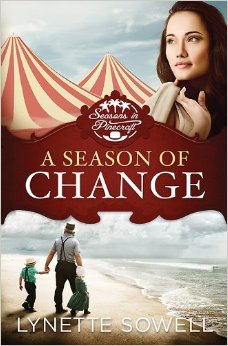 Order your copy of "A Season of Change" from Amazon here.

Tell us a little bit about you, how did you become interested in the Amish?

I have always been a reader, and had a love of writing from a young age. When I went to college, I left creative writing behind. My first exposure to the Amish and the Anabaptists was when I was in college. I studied for two years at Messiah College in Grantham, Pa., which is very close to the Lancaster County area. Messiah is a Brethren in Christ affiliated college, and we had a quite a few Mennonite students.   Since my college days, I've always enjoyed learning about different people, different cultures, and peeking into their worlds. So when I was asked by a book editor to research the possibility of an Amish book series in Texas, where I live, I started reading and found Pinecraft instead! (see below) A Season of Change is my twentieth book since my first release in 2006. 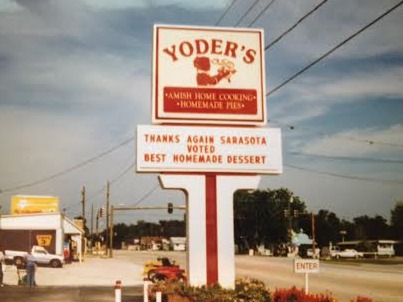 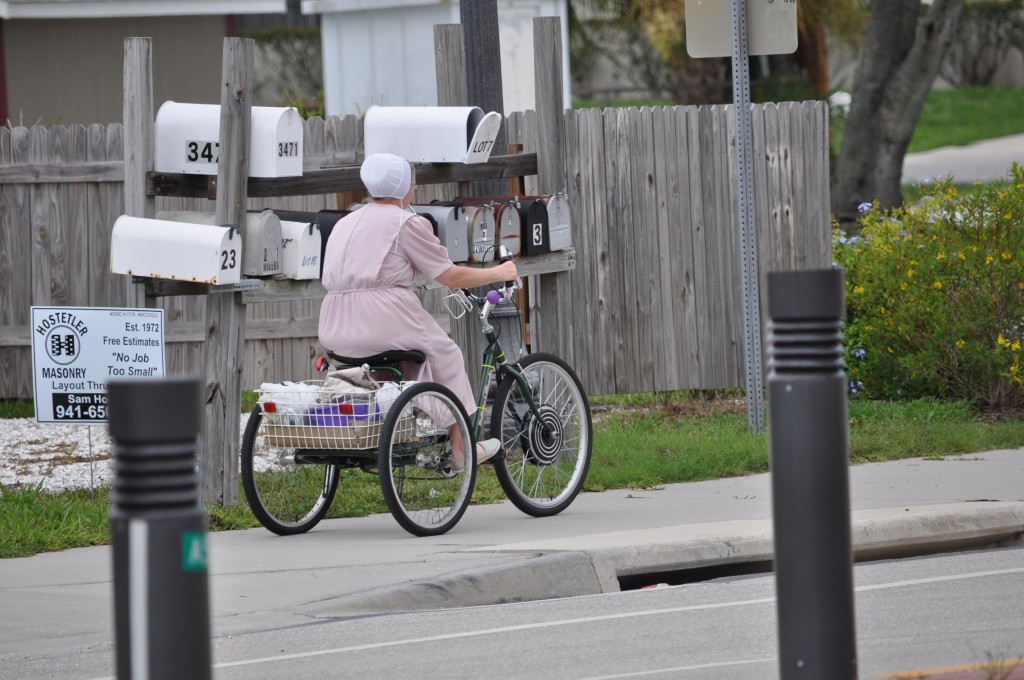 Where did the inspiration for this novel come from? (i.e., why Pinecraft?) and what separates this novel from others in the genre?

When I first saw a photo of an Amish woman and a bicycle on the Amish America website four years ago, I sat up straight and stared at the computer monitor. Amish? At the beach? I couldn't wrap my mind around the idea, so I started reading as much as I could about Pinecraft (editor's note: learn more about Pinecraft in our Pinecraft Profile here) , and as soon as I was able, I made plans to visit and soak it all in. My novel is different because there is maybe one buggy ride in the whole book. 🙂 My characters are in the middle of a city and still manage to stay Plain and be faithful to what they believe, and in Jacob Miller's case, clarify what he believes. Also, whether someone is Old Order, New Order, conservative Mennonite, or more liberal, they all interact in Pinecraft, probably more than they would in another setting or story. I know there are more authors releasing books about Pinecraft now than in 2010, when I first learned about Pinecraft and began preparing my proposal, but at that time the setting was a complete novelty to me. I hope readers enjoy my take on the area. Also, I like to think I've showed a balanced view of the Plain people and how different they can be from each other.

Do you think the Amish fiction market is over-saturated?

Ask a fan of Amish fiction, and I think they'll say no. Most of the readers I've encountered are always looking for the next read. I think readers are looking for something a little different, but still containing those elements that Amish fiction fans like to find. I think we'll still see releases in Amish fiction, but the settings will vary from Pennsylvania and the Midwest.

Pinecraft really sees to have captured the public’s imagination over the past few years, why  do you think this is?

Pinecraft is so unique. I've been told that in the most conservative Orders, going to Pinecraft is pretty much forbidden, or at a minimum, highly discouraged. I think it's because Pinecraft is so different. You'll encounter New Order, Old Order, Beach Amish Mennonite, German Baptist, and thoroughly un-Plain Mennonites. You'll see men in T-shirts and khaki shorts playing bocce alongside men with the beards and suspenders and trousers and straw hats. I think it's that contrast that's so appealing. At least, it was to me! Jacob has more complexity than Amish males in many of Amish fiction books, what was the inspiration for this character (i.e. where did he get his curious nature, his tendency to push the boundaries)? Jacob had a bit of a curious bent when he was younger, but decided to stay with the Order when he became of age. However, fast forward some years and after the death of his wife, the old questions began to surface again. One thing he struggled with was the idea that as Godly as his wife was, there was no way of knowing if she'd made it to Heaven after her death. He can only think of how God-fearing Hannah was, and he's not sure what he's heard is good enough to satisfy him—can anyone know for sure if they're Heaven-bound, without being prideful of it? Then when his daughter is seriously injured and he must stay in Sarasota while she recovers, the world encroaches upon him and his ordered world—which helped him cope while he tried to “move on” as everyone encouraged him to do—is no more. He also encounters an older Mennonite man who helps challenge his thinking and encourages him to find the answers he's looking for. Jacob was the very first character that came to my mind when thinking of characters for the book.

I’ll assume you’ve spent time in Pinecraft (don’t worry, I won’t hold it against you if you haven’t, many fine authors can write about places they haven’t been), if so, can you describe the real Pinecraft and relate it to your book? What are some of your favorite haunts in Pinecraft?

I have traveled to Pinecraft for two visits, one for five days during the winter of 2012 and another four days during the winter of 2013. I would have gone again in early 2014, but “life” prevented me from going back. I miss it! I'm very fond of the place. The real Pinecraft is a tight-knit neighborhood that straddles the busy Bahia Vista Avenue. In my book, I tried to show Pinecraft as accurately as I possibly could, especially when mentioning real streets and the layout. If I close my eyes, I can ride on a bicycle in my mind from the little apartment I rented, all the way to Yoder's, to the Old Order church, to the park. I simply inserted my characters' homes among the real Pinecraft homes. There are no commercial hotels in Pinecraft, but there are privately managed rentals that vacationers learn about either by word of mouth, or by visiting the bulletin board at the Pinecraft post office. My first stay, I stayed with a friend who lives in the village. My second stay, I rented the downstairs one-bedroom apartment of a duplex. My upstairs neighbors were visiting from Ohio and they shared a fabulously delicious Sunday supper plate with me, followed by a full plate of desserts.

My favorite places in Pinecraft are Village Pizza by Emma, for the pizza, of course! My other favorite is Yoder's Restaurant. I would love to eat my way through their menu, but I haven't stayed in the area long enough. My first visit, I made sure I had at least one breakfast, lunch, supper, and dessert there. I had dessert more than once. 🙂 Then there's Big Olaf's Creamery with homemade ice cream. I have featured each of these places in my books, because they're part of the village and I didn't believe it would be right to write about Pinecraft and mention made-up businesses. Another unique fun aspect of Pinecraft are the curbside fruit tables. You can buy grapefruit and put money in a can, on the honor system. After seeing a posted sign about Swiss cheese from Holmes County, I purchased some cheese from a pair of snowbirds.

Another hot spot is Pinecraft Park in the winter time. News gets posted on light poles about the latest concert in the park. The youth play volleyball, the older people play bocce and shuffleboard. Some fish. Some just hang out and visit with friends they haven't seen since last year. And, there's the singings. I found out about a singing via word of mouth, which was fun to attend one evening. I hopped my rented bike and found the street, then followed the music.

My guide the first time, Katie Troyer, let me know of all the happenings and we had a ball. Did I mention, another fun activity is meeting the Pioneer Trails bus that arrives from Pennsylvania, Ohio, or Indiana? The Budget arrives on the bus, along with snowbirds and vacationers. I love that the beach is a short drive (or bus ride) away.