DEATH OF A SUPERMARKET:  Marsh Supermarkets was once a thriving regional grocery chain that had a footprint in Illinois, Indiana, and western Ohio.  The first grocery store in the world to ever use an electronic scanner was a Marsh store in Troy, Ohio back in 1974. 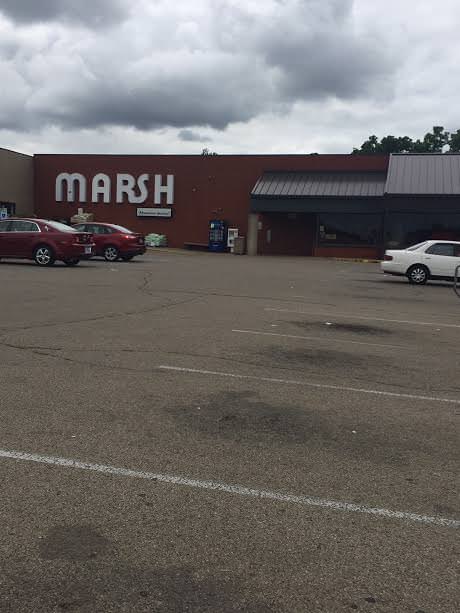 Marsh, a once thriving supermarket chain, is now in its final days.

But as the retail grocery landscape changed: Wal-Mart grew, Kroger and other competition sharpened their knives, there became little landscape for Marsh to work.   I once did business with Marsh (more about that another day) back in the mid-90s and for awhile it was so exciting.  So it's sad for me to see them departing.    Click here to read about Marsh's final demise.

AMBASSADOR BRIDGE:  I often think about my stay last summer in Windsor, Ontario, a lively border-town across from Detroit.  The main route into Windsor is over the stately and iconic Ambassador Bridge. Did you know that bridge is privately owned?  Most people don't.  The Ambassador is aging and in need of repair.  Canada's answer is to build and fund a brand new state-of-the-art span two miles downriver.  I've seen the specs

for the new bridge and it is grand and would probably result in a much more seamless border crossing experience.  But the owners of the Ambassador Bridge are vowing to stop the new bridge and they just won a round in federal court. An appeals court will hear new arguments on the case this September to see whether the Canadian span can continue.   Click here to read my Washington Post article about the Ambassador Bridge. 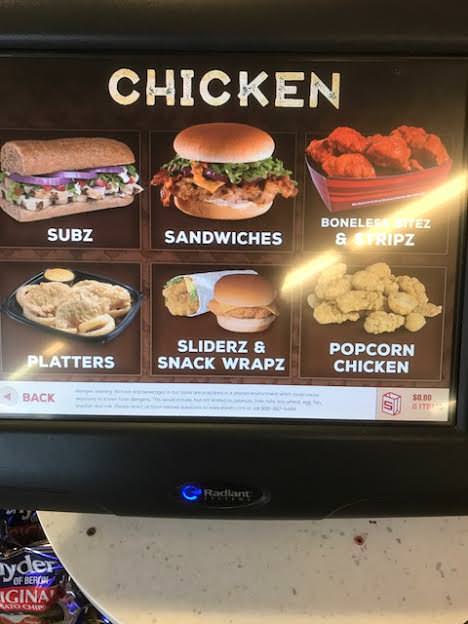 An ordering screen at Sheetz...you can order all your food from a touch-screen kiosk

SHEETZ VS. WAWA: Two Pennsylvania politicians are battling it out over two iconic institutions in the state: Sheetz and Wawa.  Both are brightly colored, cheery convenience stores.  I am going to through my lot in with Sheetz...in fact, here is my list of 5 favorite gas station/convenience store chains.  I've been to a bunch over the years!

QUICKTIME  (Plains, Midwest and parts of the South)

CASEY'S -   Arkansas, Iowa, Illinois, Indiana, Missouri, South Dakota, North Dakota, Minnesota, Kansas, Oklahoma, and Nebraska. -  Ahhh, you know you are in the small-town Midwest when you start to see Casey's.  These places aren't as flashy as Sheetz and Wawa, but they are special in their own way.