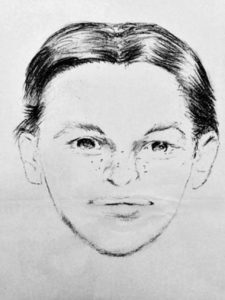 Caption:  police artist sketch of 12-year-old Fannie Miller.  She had her sister were found safe.

Yesterday was a whirlwind of events in Upstate New York surrounding two abducted Amish girls.  But regardless, everything ended well and safely when the two girls: Fannie Miller, 12, and younger sister, Delila, 6, were returned safely to their parents.  There are conflicting reports as to whether the girls escaped their abductors or were just dropped off on a rural road and made their way for help.  Sources close to the event tell me this may have been committed by someone the girls know. I think the investigation will bear out whether that is true or not, but that may make some sense.  The grisly abduction stories that end poorly often involve one child being abducted, but two at the same time? And sisters at that?  Just doesn't fit the profile of a typical "stranger abduction."   Anyway, click here to read the latest from the Watertown Daily Times, they've been on top of the story from the beginning.  The New York Daily News has also been covering the story well and has some additional morsels of information.  Hindering everything was the fact that police had no photos of the girls to disseminate (as Swartzentruber Amish, the most conservative, photos of the girls didn't exist), so a sketch artist was brought in to recreate an image.  Glad this all worked out in the end and everyone is safe!