My next stop in Switzerland County, Indiana's Amish settlement was to the home of an Amish doll-maker.  The hand-made, homemade dolls are absolutely gorgeous. And I am not someone that usually plays with dolls!  The almost 80-year-old Amish woman who makes them learned the craft from her mother.  She painstakingly makes the dolls.  Each one can take a full day or more to make.  She has a pattern that she uses for the dolls and the clothing. 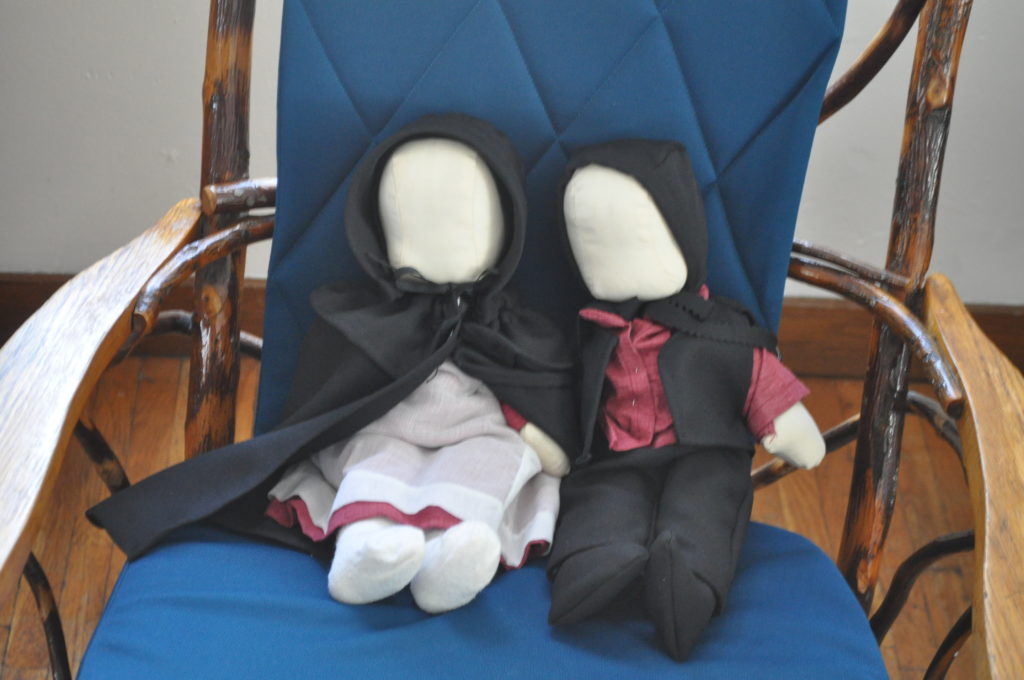 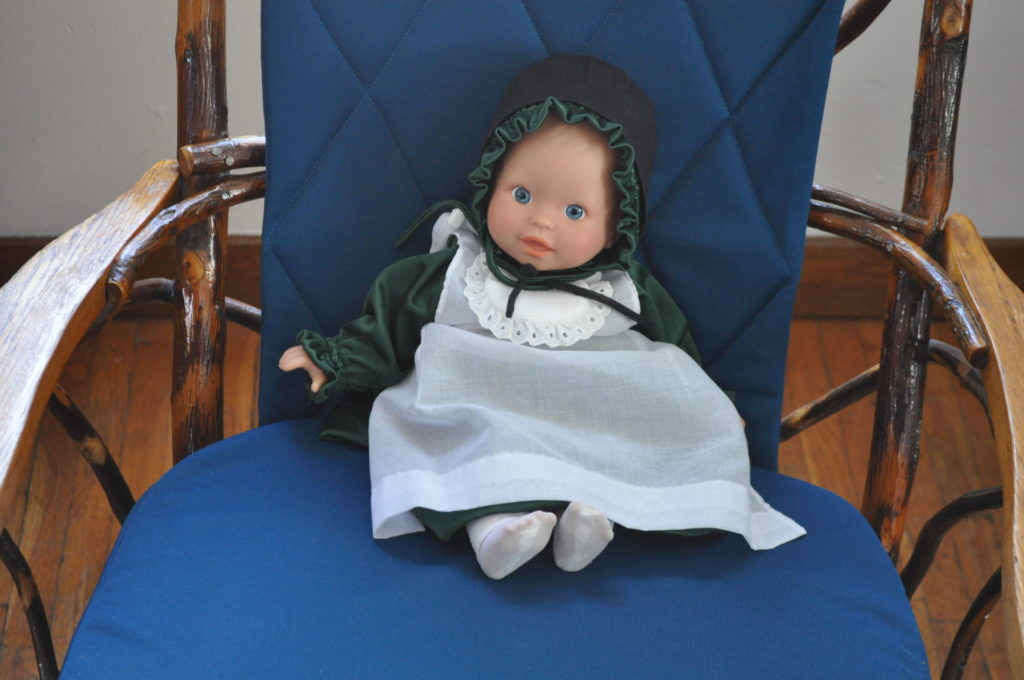 "The clothing is the most difficult," she says.  She did not want her name used for this article and I was super excited at first because I thought she was going to tell you how to order the dolls from her, but then she thought better of it.  She was worried that some in her community might not approve of her selling dolls over the internet.  But I am thrilled to at least be able to share these photos with you. This is some rare craftsmanship.

The funniest thing to me is that she makes two types of dolls.  One is a cloth-type doll that is faceless and entirely hand-made.  The other type of doll has a vinyl pre-made face/head and the Amish woman makes the clothing for it.  Both dolls are charming and beautifully done but, personally, I like the faceless one best and I hope to be able to send her a check for one for Aster because her prices were so reasonable.  But, here's a surprise:

"The doll with the face sells a lot better among the Amish," she said with a chuckle.

I've written before on this website how the faceless dolls are more of a touristy thing than a theological reality among the Amish.  While they don't often want their faces photographed, there are no theological restrictions against showing the face of a doll.

Personally, in this case, I liked the faceless dolls best because they are 100 percent hand-made and the attention to detail is just exquisite.