We have some interesting and fun posts this week on Blogroll, so let's get right to it!

AMISH CINNAMON FLOP:  Man, I was excited to see this on Patricia's website. "Flops" are very old Amish confections which have their roots deep in Pennsylvania Dutch culinary culture. So you see these primarily in Pennsylvania and less so among the Amish of Ohio and points west.  It's been 20 years since I have tried a flop. 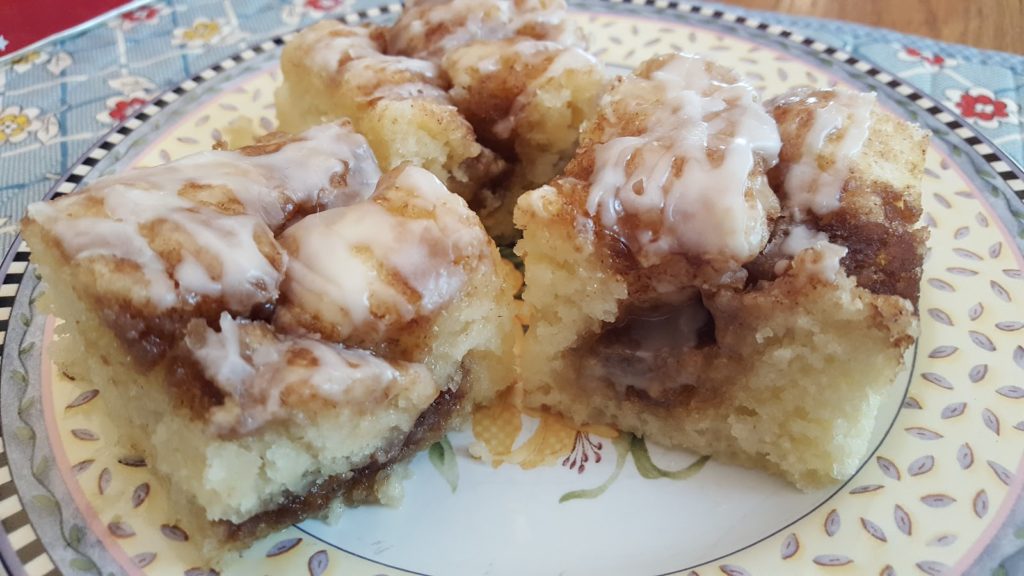 Patricia says this dessert was AMAZING and had I know she was making one I would have been tempted to make the trip to Kansas City to try hers (Okay, that'd be a bit extreme, I could make 20 of them in the time it'd take to get there).  Anyway, check out Cinnamon Flop for an amazing sweet bread!

TWO PIECES OF AMISH ART PROGRESS:  One is a painting, the other a pastel, Rhode Island artist Cheryl McNulty gives us a progress report.  I LOVE both of these, and it's really fun to see the one with pumpkins taking shape.  Cheryl's using her daughter as a model for an Amish girl and I think it works. Click here to see.

MEEMAW'S HERB-ROASTED POTATOES:  Haven't heard from Meemaw in awhile, she is an Iowa blogger who blogs from Kalona, home to the state's largest Amish settlement. Many of her recipes are Amish-influenced.  I don't know that this one is, but it sure sounds good.  Mmmmm, try her herb-roasted potatoes here! 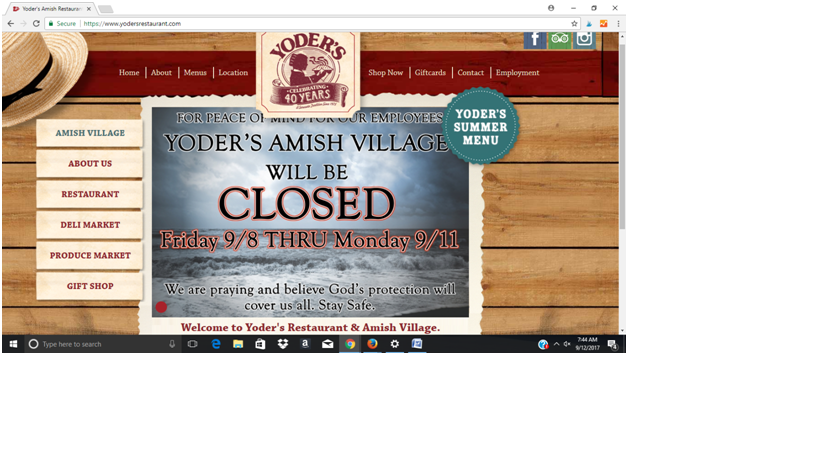 Yoder's is now open but the restaurant and website were shuttered during the hurricane.

YODER'S AMISH RESTAURANT LEMON BARS - PINECRAFT UPDATE:  Katie Troyer has not updated her Pinecraft blog yet since Irma came churning up Florida's west coast but everything I've seen is that damage in Florida's only Amish community wasn't terrible. Still, I'll await her blog before I render that verdict.  I do see, however, that Yoder's Restaurant is back open for business today after being closed on Monday because of Irma.  Check out a recipe for their famous lemon bars there!

Now for someone who wants to learn a bit about Pinecraft, lets press the rewind button and you can watch a short video from one of my visits there years ago....geez,I looked younger, so, yes, years ago!