I wrote about the Schlabach's "tried and true granola", a simple recipe perfected by Susan Schlabach when her family was doing mission work in South America.  I wrote about their granola the other week, only wrote about it because I like the product and the family that makes, I certainly wasn't expecting a box of granola in return.  So I was pleasantly surprised when that is what came and, wow, it is good stuff.  There were several varieties in the box...  origiynal, double delight, nature's medley, and sea salt caramel.  I like it all, but I think double delight was my favorite, with sea salt caramel a close second.  The original is really good too, and if you like raisins - I'm meh about raisins - then you'll like nature's medley. 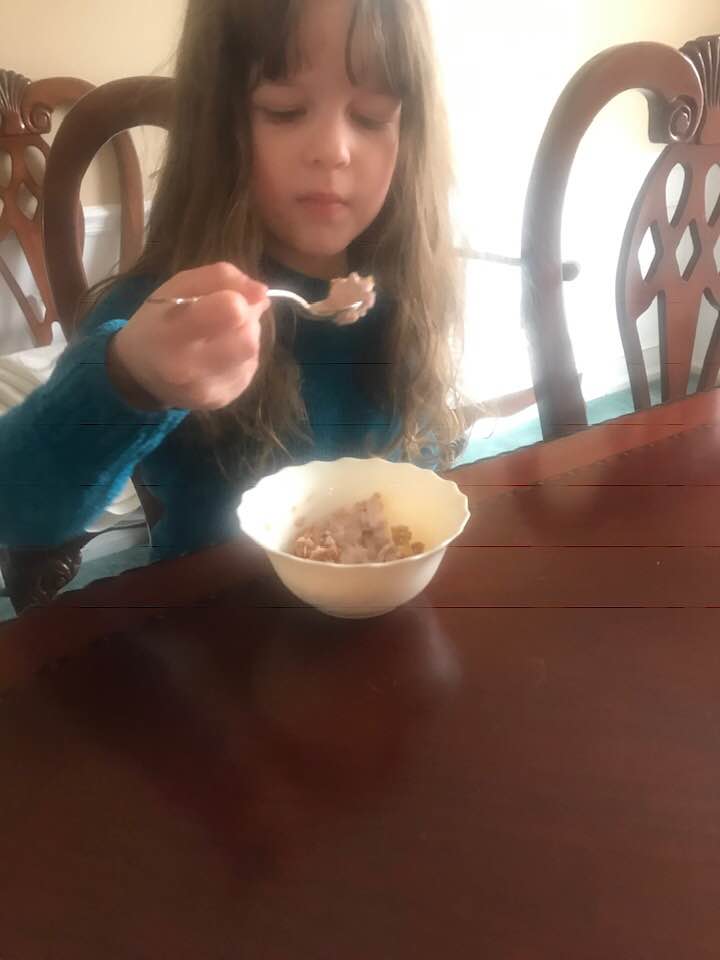 Granola has Aster's seal of approval! 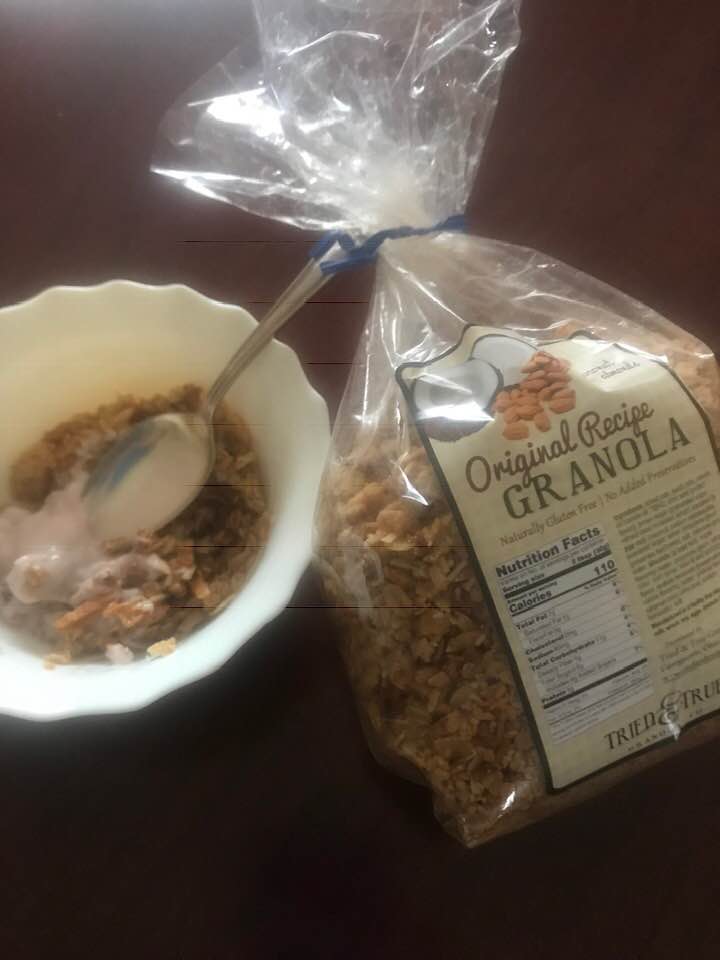 Add some yogurt, and you're good!

I have to admit I'm not someone that eats a ton of granola.  I think my wife has made it once. I tried some in a bowl with milk poured over it, but I found that - in my opinion  - it sort of drowned away the flavor.   No, the best way, my wife told me, was mixing in plain yogurt.  So that is what we did.  Then Rachel suggested cutting in some fruit and maybe drizzling some honey over it also....and, yeah, that was good.  But there's one thing that I think makes this granola stand out:  the CHUNKS.   The double delight has chunks of chocolate mixed in, most are about the size of a chocolate chip.  But if you get lucky, you'll one, or two, as big as a small candy bar, coated in a delicious covering of granola crumbs.  Man, those are good.  Aster and Bea and I were both treasure hunting for these chunks.

So, if you want an amazing granola experience  (and, yes, the granola itself is toasted just perfectly, flavorful without being too sweet or too bland)  then you can order some from their store here.  I know I will be!  Aster gave it a short video review here,  it was all her giving the thumbs up...cute, I wasn't telling her to do that, she just kept eating it and putting the thumbs up!