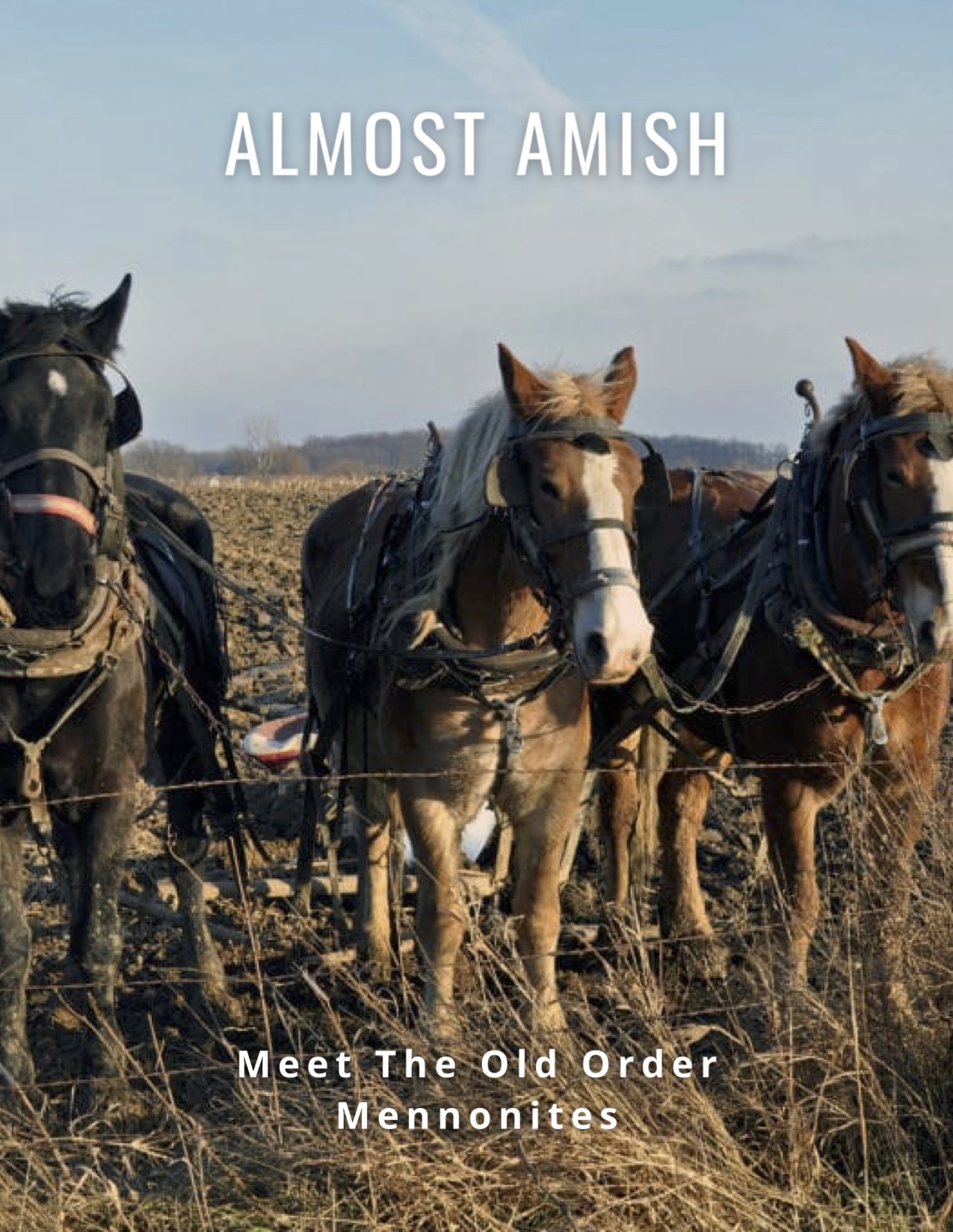 The Amish approach life with admirable religious zeal.  I once sat with an Amish elder in Montana who told me that he didn’t fear death at all.  He was so excited to one day enter into the Kingdom of Heaven.  Such is the unshakable faith of most Amish that they are willing to forgo cars, computers, and anticipate – not dread – death.

Most of us know the Amish from what we see on TV or read in books: one-dimensional, grim, and pious.  But such a caricature papers over the many nuances and complexities of their culture.  Amish boys and girls playing an impromptu game of softball, water fights in the yard on hot summer days, and belly-laughing after a practical joke are just as much a part of the real Amish persona as scripture and chores.

There have always been incongruous elements to the Amish – haphazard, out-of-place pieces that seem to disturb the tableau most imagine when they think of these Plain people.  The Amish are a Protestant sect with roots in 17th century Anabaptism.  They still live – at least according to the tourism brochures – much the same way that their forefathers did four hundred years ago.  The reality, however, is more complicated than that.

I met an Amish person for the first time as a teenager when my family encountered a bearded man selling baked goods out of a buggy.  And, indeed, I too was seduced by this image of an Abraham Lincolnesque figure frozen in time.  Until he reached into a Coleman cooler for a block of Swiss cheese.  It was a minor, meaningless detail, but the fiberglass cooler with its bright green lid seemed oddly out of place in an otherwise undisturbed tableau of ebony and ivory turn-of-the-century simplicity.

Since that day, if Guinness kept records of such things, and if I had saved the travel receipts to prove it, I’ve probably been to more Amish settlements than anyone.  Who else would have reason to visit the most remote corners of Montana or Maine or South Texas than someone like me who has spent a good chunk of their life studying and writing about Amish culture?  I’ve tried to think of who else. Perhaps a peddler of pots and pans?  I’ve noticed that many Amish cooks gradually gave up their cast iron for stainless steel sometime over the past 50 years.  Perhaps some enterprising peddler made the rounds and converted the masses and, in the process, visited more Amish communities than I.  But I doubt it.

In my 30 years exploring Amish communities, I’ve witnessed changes that would be unnoticeable to the average outsider.  I’ve seen the Amish texting (and have even texted with a few),  sexting (and even...no, just kidding), ordering books from Amazon, having their own Facebook accounts (horses seem to be a popular avatar), sending emails, and even lecturing in universities.  The latter an irony for a people who eschew formal education beyond the eighth grade, but the sustainability talk I attended was more articulate, educational, and witty than what many PhDs might deliver.

To the average person, the Amish are flash-frozen daguerreotypes changed little from their seventeenth-century roots.  The irresistible pull of the chance to hear a clattering buggy, to see horse-drawn plows working in the fields and bursts of colorful laundry flapping in a summer wind pump over 2 billion dollars annually into the economy of Lancaster County, Pennsylvania alone.  Ironically, the public fascination with all things Amish has propelled an ostensibly private people to become some of the most.  In just the past decade, the airwaves were saturated with such confections as Amish at the Altar, Amish in the City, Breaking Amish, and, for good measure, Meet the Hutterites (I kept waiting for its sequel Meet the Mennonites, but it never happened).  In the summer of 2012, when “Amish-mania” was at its height on the reality TV scene, Hollywood came knocking on my door, trying to suck me into their reality vortex.

The BBC’s documentary Living with the Amish remains the gold standard of well-done Amish-themed television, but the show was never seen in the USA.  And perhaps the most baffling of all:  Amish Mafia.  All of the shows, especially the latter, were seasoned with heavy doses of salt and pepper.  And speaking of fiction, we can’t forget bodice-rippers, the category of Amish-themed romances that has sparked $720 million in annual sales.

It’s been a long time since I began my own explorations of America’s Plain communities – so long that the Plain communities themselves have changed. And that’s saying something, considering the glacial pace of change among the Amish and the Mennonites.  Change among the Plain people is usually measured in decades or centuries, not the whirling wheel of change in nanoseconds that the rest of society has become.

I’m at the mid-point of my career, and I want to share what I’ve learned about the Plain people, share before they’ve changed so much that what I’m sharing becomes as dated as the buggies upon which they still depend.

The first installment I'd like to share about my Amish journey isn't about the Amish at all, it's about The Old Order Mennonites. I spent some time with them years ago and I'd like to share my experiences with you. To read the 7000-word, 23-page ebook, click below. You can pay what you think it's worth.