Amish365 » Thinking About Joining The Amish? Try These 5 Communities!

Thinking about joining the Amish?

For as long as I have been editor of The Amish Cook I've had people reaching out to me asking if they might be able to join the Amish.   Outsiders can and do join, but it's not easy.

In my travels I’ve come across several Amish settlements that are far more open to the idea of an outsider joining and they tend to be more offbeat, obscure communities.  Now, does that mean that you couldn’t join an Amish church in Holmes County, Ohio or Nappanee, Indiana?  No, not at all, but the ones on the list below are ones that, if I were to join the Amish, I would start with.  You’d think that going to a super larger settlement would make sense for an outsider because you could sort of “lose yourself in the crowd” and there’s some logic to that. But the crowd, when you’re Amish, has its rules and ways, so it'd be tough to just slip into Holmes County unnoticed and somehow join.  So, if it were me, I’d start in one of the below communities.

UNITY, MAINE  This community has perhaps the most marked welcome mat rolled out.  They hold church services in an actual church building and will conduct services in English if there are visitors attending.  Recently, a celebrity chef made headlines by joining, but he is far from alone, the Unity settlement is growing partly because of converts.  This is a video tour that I made of the Unity community. 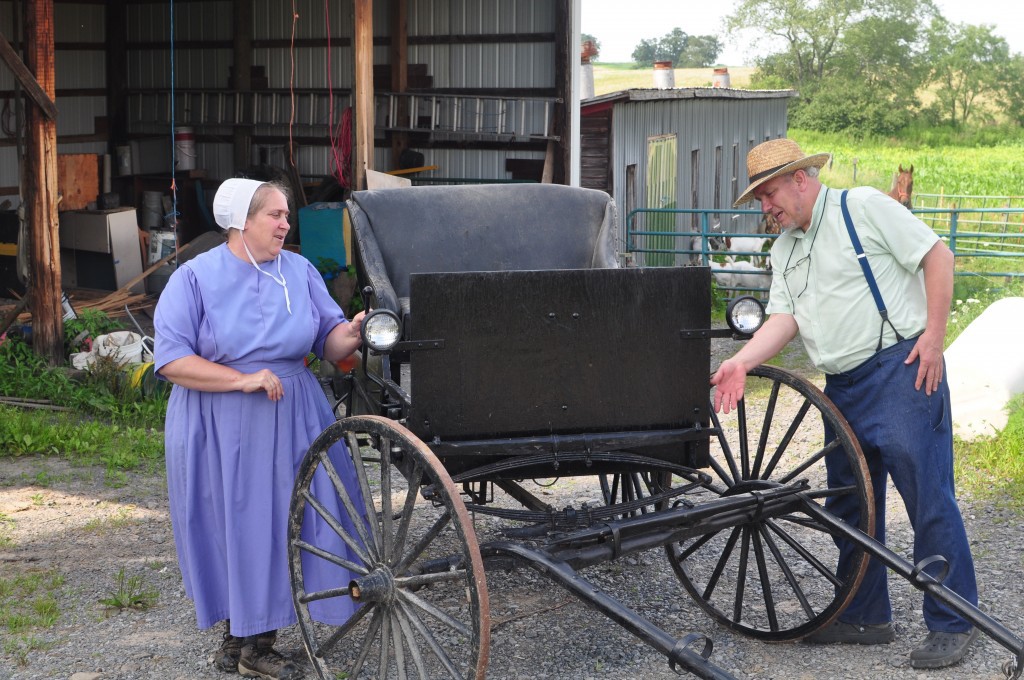 Daisy and Curtis Duff live in Oakland, Maryland's Amish settlement. Daisy was born and raised Amish, her husband Curtis is a convert

OAKLAND, MARYLAND:  I actually spent some time there last year and there are some converts living in this church.  While it is a horse and buggy church, Oakland is a rare "electric Amish" community.  Limited electricity is permissible, so the transition from English to Amish is less harsh.  One convert I met wished the community were more conservative and she expressed a desire to find one that is.  Click here to read my article in The Guardian about the converts of Oakland.  Like Unity, Maine, this church doesn't practice home worship, instead holding services in a meetinghouse.  Another plus to this place?  The western Maryland mountains are gorgeous!

UNION GROVE, NC:  This is another Amish church that is very open to outsiders.  In fact, they experimented with starting an Amish community just for outsiders in the nearby town of Yanceyville, but that never really succeeded.  It's just thought to bring together a bunch of strangers with different ideas and visions of how a church should be and then make it work. 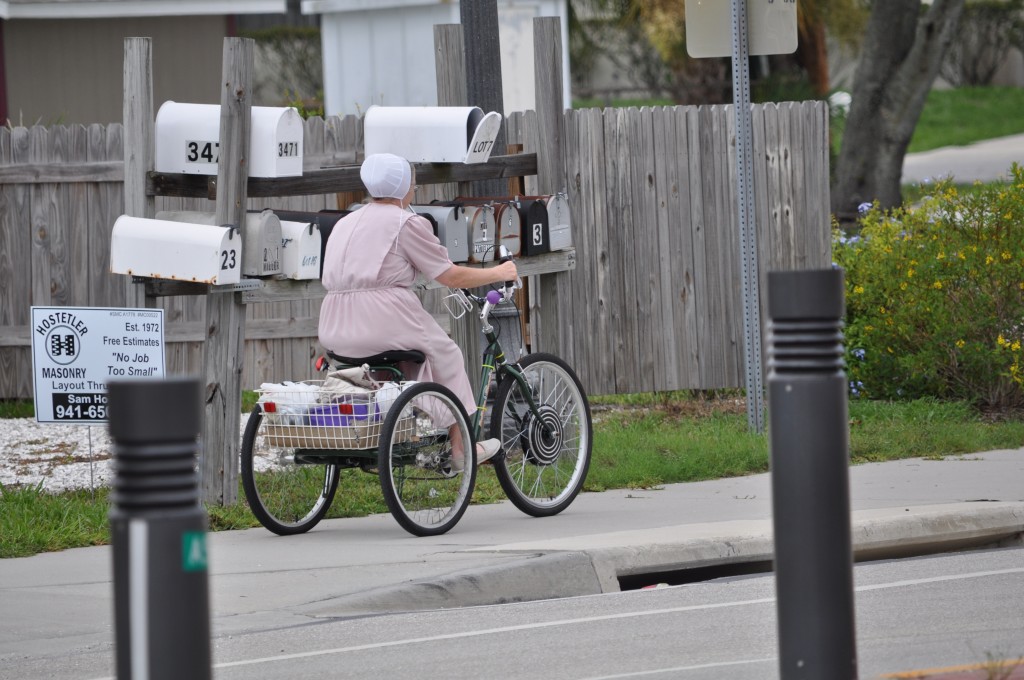 PINECRAFT, FLORIDA:  Yes, this is a quirky choice and not what most people think of when they think of Amish.  But, sheesh, if you want to join, why not do it under the palm fronts and warm sun of west Florida?  Seriously, though, this is a very transient community so locals are used to outsiders, newcomers, interlopers, ex-Amish and the curious hanging around.  In the hit Nat Geo show Amish: Out of Order a few years ago part of the show was set in Pinecraft where a young non-Amish woman was taken to experience the culture and religion to see if she wanted to join the church.  It's just a very welcoming, non-judgmental place.

There are absolutely others Amish communities open to outsiders, but this is my “top 5.”  Others that deserve an honorable mention would be Manton, Michigan and Gloria’s home, Flat Rock, Illinois.

Stay tuned soon for my list of “least friendly to outsider Amish settlements!” 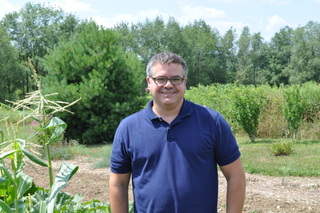 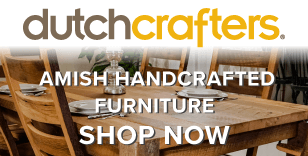