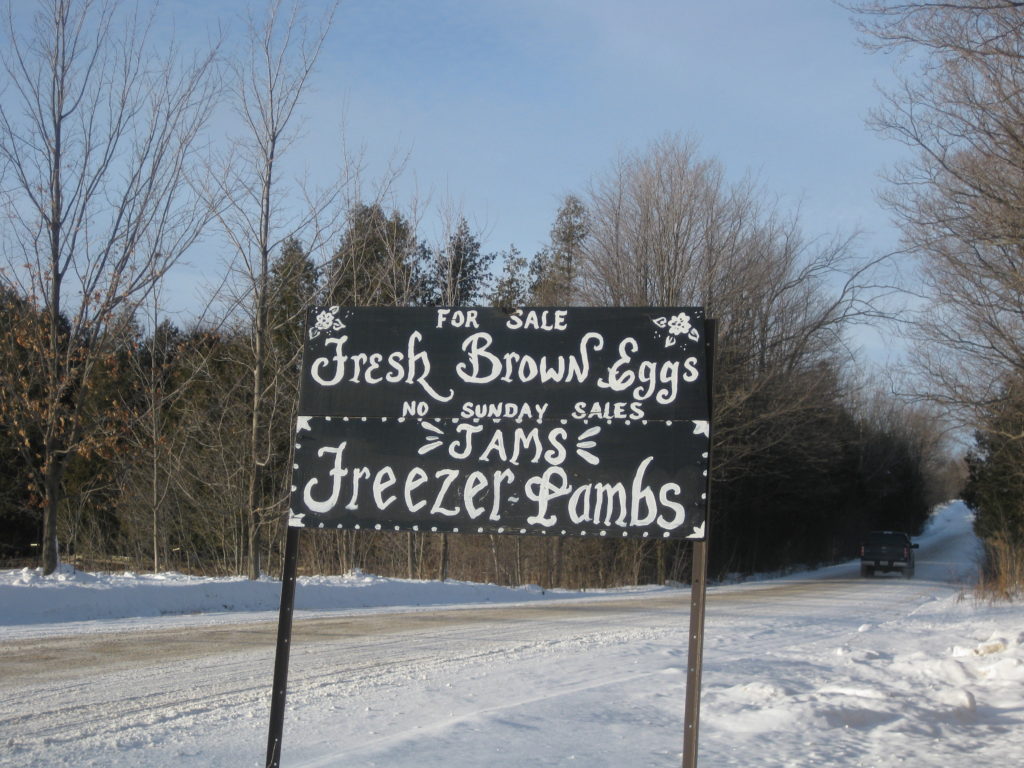 I thought for sure Lindsay had to be the farthest north Amish settlement there was.   But Lindsay is still in the part of Ontario that juts southward quite a bit so it really is at about the same latitude as Minneapolis or Portland, Oregon.  That means Amish settlements in northern New York’s North Country, communities in Maine and Montana are all farther north than Lindsay.  Seems hard to believe, but true.  I would love to go back to Lindsay sometime in the summer.  The area is known as the Kwartha Lakes and is quite beautiful, but we were there when the area was frozen over by the wicked winds and snows of January.

This is, by the way, a tiny Amish community. Don't plan your vacation around a visit here.  But if you visited the gorgeous close-by Kawartha Lakes region and nearby Toronto (the world-renown zoo is not too far away) and checked out the Lindsay community, you'd be having yourself a wonderful long weekend!

Lindsay is a community of 20,354 people on the  Scugog River in the  Kawartha Lakes region of south-eastern Ontario.  It is approximately 43 km (27 mi) west of  Peterborugh. and the hub for business and commerce in the region.