Homemade root beer brewed on the premises and served in floats or tall frosty mugs.....ahhh, either way you prefer it, homemade root beer is one of the culinary essences of small-town American pop culture.  But not all root beer stands survive.  Chains like Sonic have driven many of the smaller players out of business. My town has a couple of  independent root beer stands that serve up frothy frosty goodness.

This root beer stand in my hometown has seen better days.  It used to be  called Ruthie’s Root Beer.  But Ruthie and her root beer are long gone. 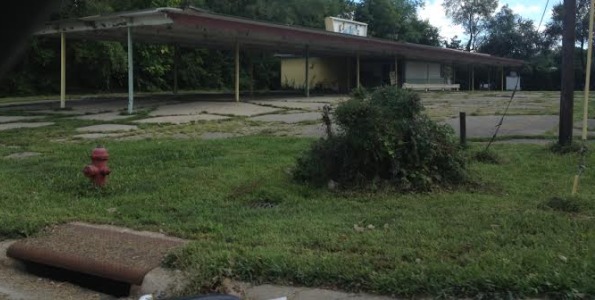 The Jug is still an iconic part of my hometown’s culinary culture: serving up homemade root beer and burgers during the summer and fall.  You can pull right into a parking space where a car-hop takes your order and serves you on the spot.  You can order the root beer in a frosty mug or by the gallon jugs. We often get the gallon jug but drink the root beer quick, because by the next day it will taste pretty flat. 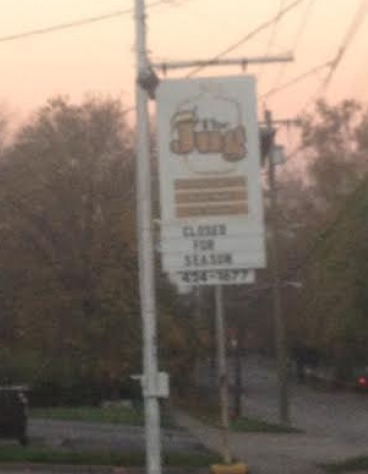 The Root Beer Stand in Cincinnati is probably the king of locally brewed root beer here in southwest Ohio.  Water pulled from a 280 foot deep well on the property and then used in the root beer gives their beverage its distinctive taste, they claim.

The Amish have long been fans of homemade root beer.  You can find root beer extract in many Amish-owned bulk food stores and make your own at home. A few years ago I was in Lancaster County and stopped at an Amish home selling homemade batches of root beer along the side of the road. I succumbed to temptation and bought on a whole case, but it just didn't taste as good as I had hoped.  It was too..."rooty" for my taste.  Had a strong bite.  I have a feeling the process of making your own homemade root beer is very trial and error.  An Amish woman in Illinois gave   me this recipe which probably makes good root beer.  I tried it once and made an error somewhere, ending up with something that tasted a bit like bleach.