SPONSORED PRODUCT:   Be sure to order some Amish-made sorghum molasses from the Amish Buggy, our sponsored product this week. Add this to almost any recipe that calls for oatmeal and, wow, the recipe would really have some zing. This is some good stuff!  Click here to buy from Amazon.

ODE TO OATMEAL: Oats are such a versatile grain that Amish cooks have used them for years in cakes, breads, rolls, and homemade cereals. Amish bulk food stores sell them in large quantities and Amish cooks make them most out of oats.  Of course, eating just basic oatmeal for breakfast is also popular among the Amish just like it is among the non-Amish.  I was never a huge fan of oatmeal for breakfast until I started mixing in stuff like honey, perhaps some chocolate chips, peanut butter, etc. By the time I am done mixing stuff in you can barely find the oats!  So that is my version of oatmeal.  I think my Mom had oatmeal when I was growing up, but a much tamer version than the kind I fix.

But the actual oats themselves, at least for most Amish, come from the local bulk food store. If you go to any Amish bulk food store you'll see them being sold in massive quantities.  More and more the Amish are venturing into traditional chain grocery stores, but usually for things they can't find at the local bulk food store.  You won't see too many Amish homemakers reaching for a tiny container of Quaker oats, most Amish still need to buy things like oatmeal, flour, and sugar in bulk.  Of course they could go to Costco, but few Amish would want to pay the membership fee!

Of course, oats are also used as animal feed.  Horses love oats and the Amish do feed their horses large quantities.

Here are seven recipes that will make you want to reach for that canister of Quaker. 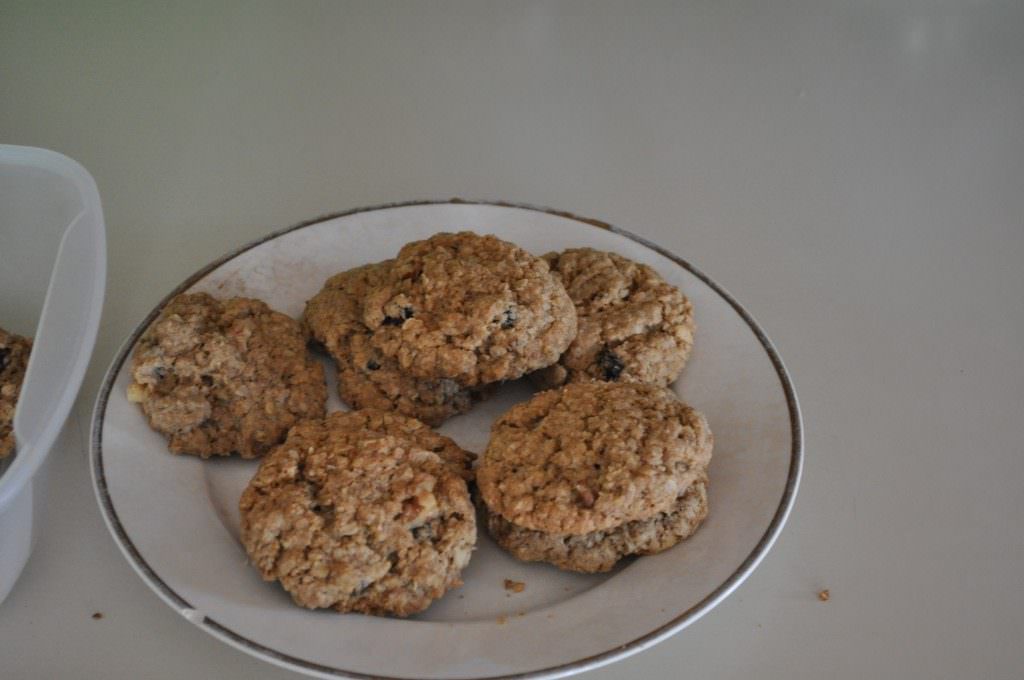 AMISH OATMEAL BREAD  - An Amish friend of mine says that while this bread isn't gluten free it has earned rave reviews from those on gluten-free diets.  Not sure exactly what that means, but thought it was worth noting! 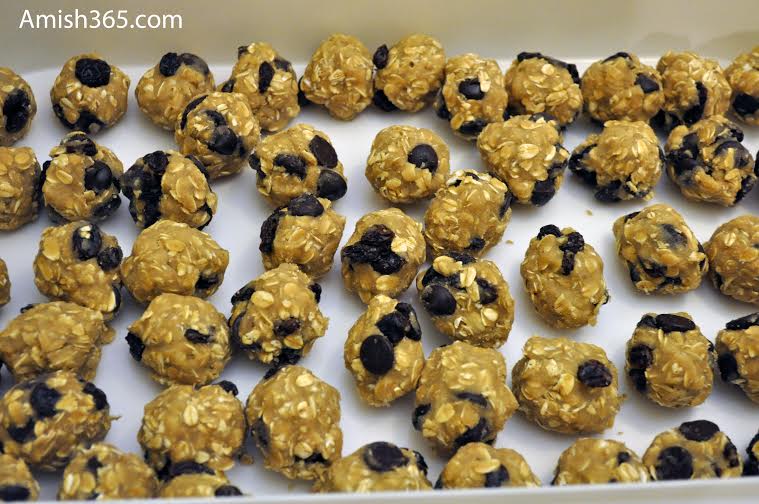 CAPTION:  Small round oatmeal cookies ready for the oven