We have some interesting items in this week's "Amish Amazon."  Let's start out with a head-scratcher and, if I had $10 to blow, I'd almost try it just for the fun/curiosity factor.

AMISH SNICKERDOODLE:  Dorothy Lane Market is a gourmet grocery in the Dayton, Ohio area known for their upscale offerings and amazing bakery. Well, looks like you can order an Amish recipe Snickerdoodle from Dorothy Lane Market via Amazon.  But it looks like you can just order one cookie for $1.50.  Now that is not an awful price for a gourmet cookie, but it is then $9.99 for shipping.  So you're going to order a single cookie?  That just seems like an awful lot of trouble to go through for one cookie, at least as fast as I devour them...Anyway, click here to see this amazing cookie and, yes, order one - just one - if you want:)

APPLE CINNAMON JELLY:   I guess this is a flavor that has a following, but I am just having trouble imagining the taste.  It's not something you'd put on a peanut butter sandwich, is it?  Three jars for $13.99 from the Amish buggy is not a bad price, though. Click here to order.

APPLE PIE JELLY:  Made by Scherger's Kettle in Shipshewana, Indiana, this would seem to be more to my liking flavor-wise, check it out here. 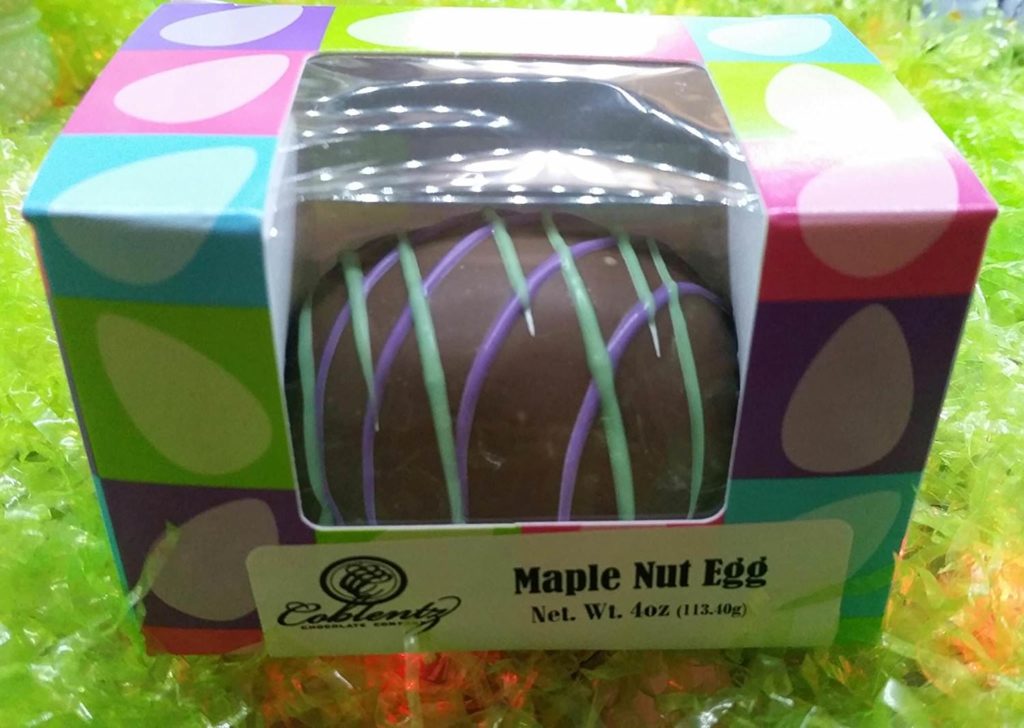 COBLENTZ CHOCOLATE COMPANY -  I've talked about this place before but, man, they are awesome.  The Coblentz family has deep Amish roots in Holmes County, Ohio and I've visited their chocolate store before. They have one in Berlin and another in Walnut Creek and you can watch the chocolate being made and it's just such a rich tradition.

ONE POUND OF HOMEMADE PEANUT BUTTER SQUARES - man, this would just be heaven for me, I love chocolate, I love peanut butter, I love Coblentz chocolates, so this would be about the most amazing Easter gift ever. Click here for one pound of chocolate peanut butter bliss.

AMISH COOKBOOK BY ALVIN LAPP - I used to have this cookbook and I may have to reorder. A lot of copies for $5 - $6, this is 400 pages of recipes and what sets this cookbook part is,well, it's written by Alvin.  Not a ton of Amish cookbooks written by men. Published in 1992, it really captures mid and late 20th century traditions well. Click here to order.