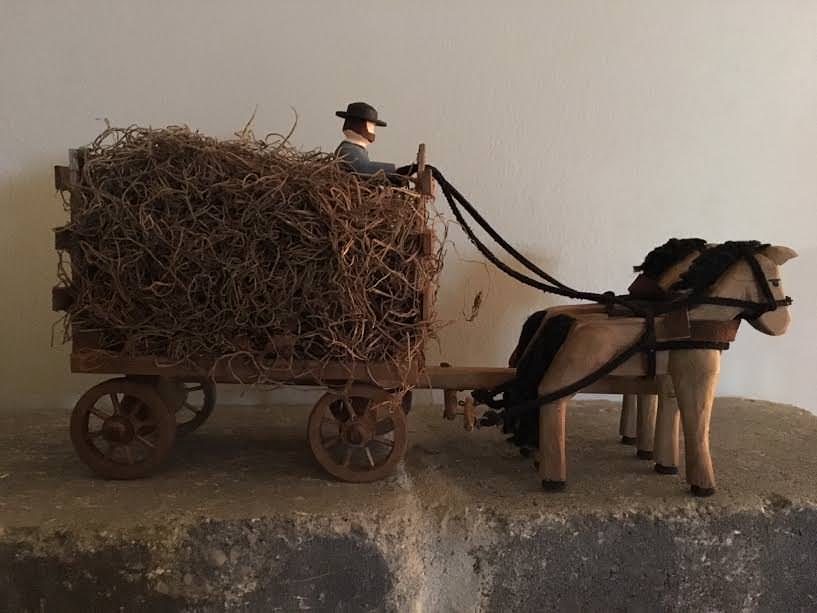 A replica of an Amish man riding a haycart 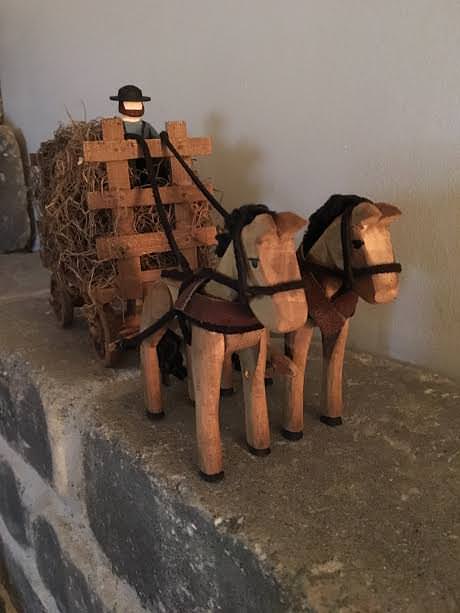 SIGH,  we probably all have this fantasy about stopping a roadside antique store in New England, find an old atlas with weathered, crinkly yellow pages, and then taking it home only to discover an original copy of the Declaration of Independence tucked away inside.  Of course, reality is quite different.  I've never bought anything from a sale or the Salvation Army that had any hidden treasures tucked away.  But, my friend's father found something which is, to someone like me who studies Amish culture, a bit of a treasure.  He found this carving of an Amish man riding a hay cart.  How cool is that?  And how did it end up in a Goodwill in Middletown, Ohio?   And get this: he purchased this beautiful replica/carving of a hay cart for $4.99.  Talk about a steal!  That is why ambling into some of those stores like Salvation Army and Goodwill can be so much fun. 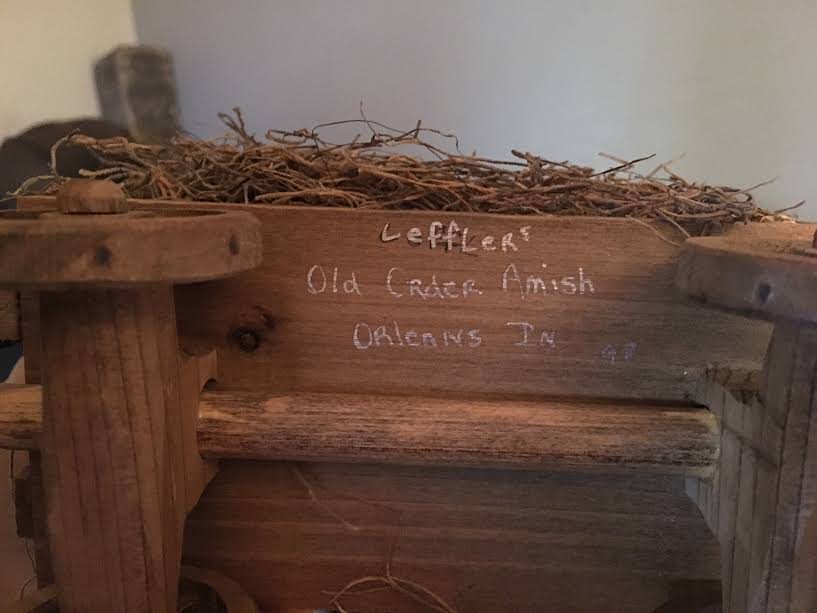 The only clues to the item's origin.

The only clues are some writing on the bottom of the piece: Orleans, Indiana. 1998.   The name Leffler is there, too.  Man, this is a mystery.  First of all, MOST Amish people wouldn't make something like this themselves.  It smacks, in their mind, of self-worship.  And the name Leffler is not one that I am familiar with as being Amish (again, I've said before, I don't know every single Amish surname, but this would be a rare one).  On the other hand, Orleans, Indiana is near a very conservative settlement of Swartzentruber Amish.    So, there you go. Those are your clues.  1998 it is not a terribly old piece, but old enough to be interesting.  How did the piece get to Ohio?  And who made it?  I know we have a lot of Indiana readers, does anyone know?