Let me tell you about our recent trip to Ohio.

On Friday morning at 3:00 the driver of a Journey Tour bus started making its rounds picking up four families including our little tribe in preparation for the seven hour trip to Danville Ohio where we planned to attend a wedding of one of mu husband Daniel's cousins. Since we do not own or drive vehicles it seemed like a wiser choice to go with a bus where all 18 of us would fit on, rather than hiring two drivers with vans. Of course I was delighted, traveling by bus sounded much easier with five "car seat" age children. The children were all excited about the adventure ahead. For the most part the trip went well, we even stopped at a Cabela's store in Columbus Ohio.

It almost seemed like a full time job to keep everyone comfortable and the babies fed and happy. I kept telling myself that this trip isn't for my pleasure, but to care for my family. We were all delighted to arrive safely in Danville where we received warm welcomes from Daniel's parents and siblings. Prior to our arrival they had prepared the basement for us to sleep in, which  I was thankful for. I knew our little ones would be quite likely to wake other sleeping family members if we'd be on the same floor.

The first night was a bit rough with Jesse not feeling well and waking time and again.  Elijah was in and out all night as well. "Just how much do little ones sense of not being at home in a familiar setting?" I wondered. The next morning everyone planned to go to the wedding held in my father-in-law's shop. Jesse had enough of a cough and cold we decided we'd better wait another hour and go a bit later. Thankfully as the day progressed he was doing better. We had a nice day with family and friends, visiting with folks we rarely see.

By bed time things weren't looking the greatest. Jesse was constantly waking up, coughing and crying. I admit, by now I was feeling my lack of sleep from the incomplete night before and the night of traveling before that. Sometime after midnight Daniel informed me that his stomach doesn't feel very good. Ugh. Surely we won't all get that stomach flu that has been going around?! Once more I cried out to God, the only One who can really take care of us.

With Daniel being on the blink, I knew I could not depend on  him to take a turn with Jesse as he usually would. As baby kept crying, I became more worn out by the minute.   My sister-in-law's words kept coming to my mind, "If you need help during the night, just let me know." I wasn't too sure about it, I knew I would have to take Jesse with me upstairs in order to ask Mary to come. I was worried he'd get his strong voice going and wake others in the process. There was no way of leaving Jesse with Daniel, he was feeling too sick to his stomach. I wearily climbed the two flights of steps and softly knocked on her bedroom door. Mary was as kind as could be, as always, she was ready to do all she could. As she settled on the rocker with Jesse he threw up. And I could hear Daniel downstairs doing the same. After a while I was able to get a few hours of sleep before it was time to get up again. By then my stomach was churning. "Oh no, I have to stay healthy to care for my family," I thought. I prayed fervently that if it's God's will I wouldn't have to get real sick, or at least not until Daniel was better! It was no option for us to go to church, even though we really did want to do so.

As the day wore on, Jesse kept getting worse. "If only we'd be at home and could take him to his doctor." I thought again and again. We prayed, asking God what we should. Daniel felt like God was telling him that Jesse would be alright until we got home the next day, rather than taking him to another doctor in Ohio. I felt at peace to trust his decision. Throughout the day I kept eating small servings every now and then to give me strength to keep going. And praise the Lord I never did get very sick! Some of Daniel's siblings were also not feeling well with the stomach flu.

Bless my dear in-laws' hearts, they really did an outstanding job, doing all they could for us and providing us with various types of home remedies. May God bless them for it!
The trip back to Indiana was uneventful and in the days ahead everyone kept getting better. Good health certainly is nothing to take for granted, that's for sure!
Our "adventures" throughout the trip reminds me of what Daniel has reminded me of, quite frequently. "God wants our character. He wants us to be more like Him, so he uses difficulties, at times to bring that about."
Perhaps for this week's recipe I'll share the Yoder family favorite oven-baked omelet recipe. Daniel's family has a tradition of having this omelet with pancakes for Sunday lunch. Unfortunately, we weren't feeling well enough to enjoy it with them when we there, so I made it for Daniel once he was feeling better again. 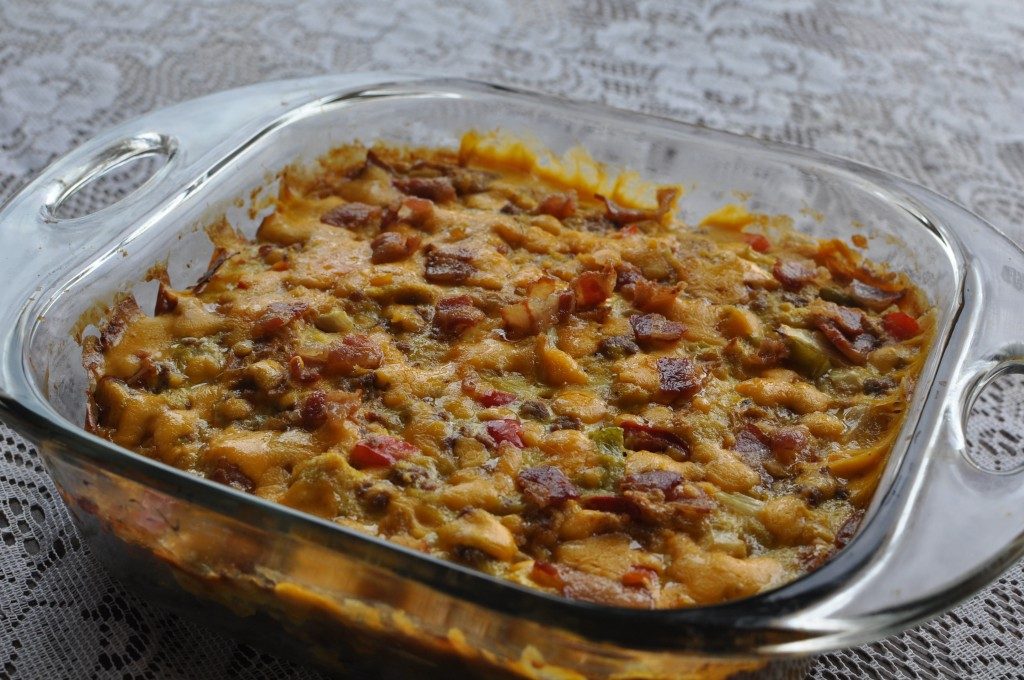