I am fascinated by various kinds of foods in different countries.  To me it is interesting to see what unique types of foods are readily available in all parts of the world.

Several years ago we had the opportunity to go to China and the Philippines on a mission trip. While there we had the chance to help with rebuilding after a hurricane and to deliver Bibles.  (Editor’s Note:  there is a wide variation among the Amish in regards to missionary work.  Some of the more progressive Old Order groups and New Order Amish really embrace missionary work in some of the poorest areas of the globe, other more conservative Amish tend to be more insular.  Mennonite Relief and some Amish churches particularly focus on Haiti, the poorest country in the Western Hemisphere. Missionary work is popular among the Lancaster County Amish but rare, for instance, among the conservative Amish in the sprawling Conewango Valley of New York)

They certainly had their own unique ways of cooking which I found to be fascinating. And, yes, I liked many of their dishes though I do admit it felt good to be back to American food when we came home!

Haitian food is something I  do tend to be more partial to. When I was 12 years old my parents and older brother went on a wonderful  trip to Haiti. We visited my Amish missionary uncle and his family who were helping with church planting and teaching locals basic agricultural techniques.  Yes, their food is quite simple but I do like their rice and beans. Even my brother Javin who said that he didn’t like rice learned to like it in Haiti! 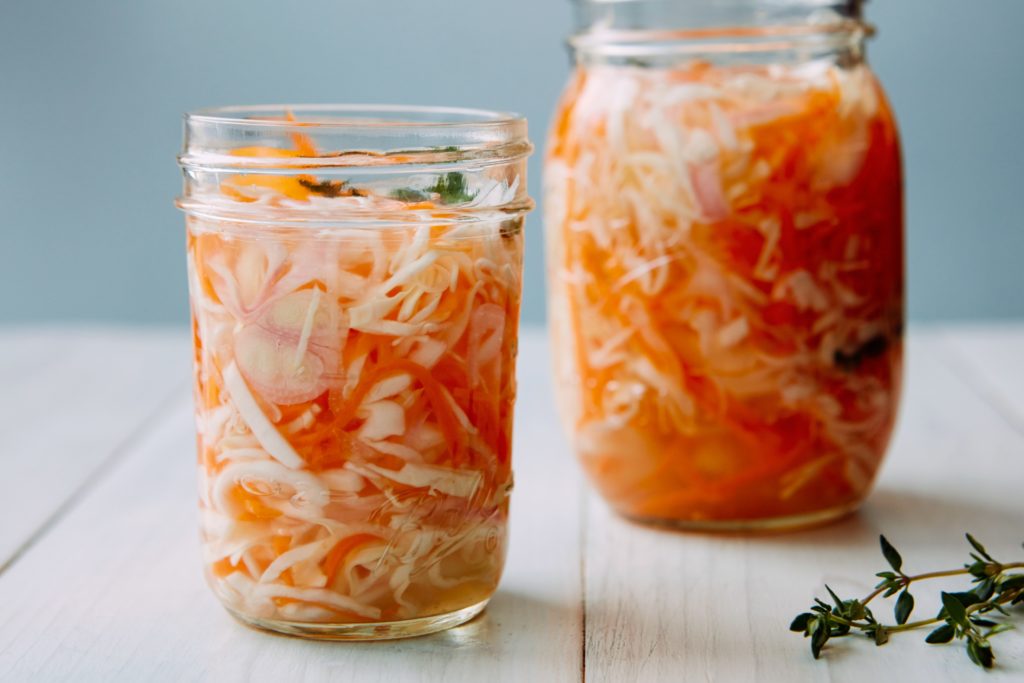 Some Haitians will eat their beans and rice plain while others eat it with a sauce or aloingside fish, deep fried sweet potatoes, or  piklez (a Haitian relish resembling Cole slaw) only theirs is spiced up with hot peppers.

As I write I can almost feel myself walking down a path through the village smelling beans and rice being cooked over an open fire. They cook a lot of garlic, so a garlic smell was often mingled with the smoke as they cooked their simple yet tasty meals in their outdoor kitchen.

On several occasions were were invited into Haitian homes which were often little more than a shelter  from the weather and a place to sleep.  But despite the poor conditions they graciously served us their home-cooked meals. They would always fill the plates for us, heaping it full, giving us more than we could eat.  On a few times as such there were hungry Haitian children waiting outside in hopes that the white people would have enough leftovers to share with them, which we  were most grateful to do.

Now for a number of  years I haven’t had the opportunity to eat  Haitian meal so you can just imagine I was tickled when my cousin and her family who had just returned from a mission trip to Haiti cooked  Haitian meal for the entire church!

As they set their large pots on the table my eyes kept feasting on the red sauce with onion slices floating on top.  Yes, it looked just like what I remembered as Haitian sauce! Besides the rice and beans there was, of course, the sauce to go with it as well as deep fried sweet potatoes and spaghetti with deep-fried hot dogs.

So, what was for dessert?  In Haiti, you don’t eat a dessert except maybe a Coke to drink, so that is exactly what they had: Coke! It really was a different twist for us as  most of us don’t’ drink too many sodas.   Maybe I should brag a little on my husband Daniel who hasn’t splurged on a pop for himself in over eight years!

The Haitian meal was tops. In fact, I’ve made the rice and sauce several times for us since then which we always enjoy.Daniel, who is very fond of the sauce, informed me that he could just eat the sauce with soda crackers as a soup. He likes it when I add a meat, any kind of meat can be added that strikes your fancy.

Here is the basic outline of our recipe, make it to suit your taste. Some people prefer adding a thickener of some type, while we like it without. The chicken broth may be substituted with water and chicken base.