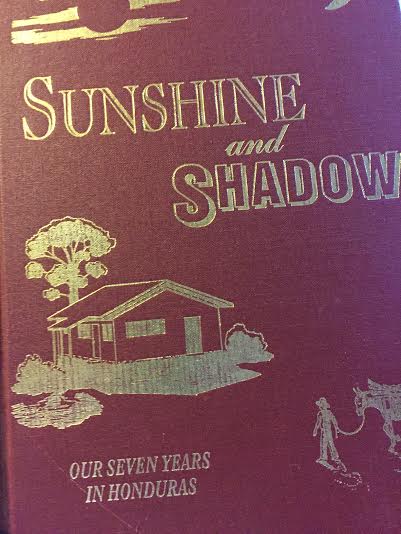 Sunshine and Shadow, an excellent book about the Amish experiment in Honduras. I'm not sure where the book is available, I got my copy directly from Pathway Publishing in Alymer, Ontario

I was saddened to hear of the passing of Monroe Hoschstetler, 84, last week in Belle Center, Ohio.

Monroe was a big part of one of the most interesting experiments in Amish history: an attempt to start a community in Honduras during the 1970s.  The effort is recounted in rich, riveting detail by Amish author Joseph Stoll and his family in the book “Sunshine and Shadow: Our 7 Years in Honduras.”

As regulars to Amish365.com know, there are many different groups of Amish.  Among the horse and buggy Amish there is a contingent with a slightly more evangelical bent than the typical Old Order Amish.    Gloria, who pens the Amish Cook column, is part of this more mission-minded bunch which typically consists of New Order Amish.

A group of Old Order Amish families decided in the late 60s that they wanted to spread their way of life to areas that were less fortunate.  This was a time when Amish society (like the rest of society) was going through some wrenching changes.  After living largely in agrarian isolation in the United States, the national economy was lurching and changing and bringing the Amish along for the ride. Farming, for a variety of reasons detailed in the book, was becoming less and less viable.  So some Amish hatched a plan to start a settlement in a place where their farming would be appreciated and contribute to society.  They chose Honduras.

Joseph Stoll proves his worth as a storyteller really providing gripping accounts of the journey down there (incredible to think of traveling to Honduras by car) , clearing the land, trying to fit in in Honduran society, growing the church and, in the end, throwing in the towel.

“Oh, the world of might-have-been! The Honduras church had so much going for it as the start. There was a dynamic spirit, yet a well-defined sense of history. This church might have been stable. It could have been shining light in a darkened country. It could have been a happy church, a challenge, a rampart not only for the souls truly seeking the Christian life, but an opportunity for Amish people to live in a  society not so far advanced as North American and more in keeping with our faith.”

I won’t be a spoiler, Stoll tells what happened, why an experiment that began with such promise simply couldn’t sustain itself.  Today, little trace remains in Honduras of that experiment.

Which brings me back to Monroe Hochstetler who served as a minister in the Honduran church.  He was married for 58 years until his beloved wife passed away in 2009 and then in 2011 he remarried again at age 79.  He was a minister in the church and in his older years worked at an Amish variety store outside of Belle Center, Ohio where he eventually settled.  Yet he remained active in ministry.  I actually had the chance to meet and talk with Monroe – not in Ohio –but, in all places, St. Ignatius, Montana’s Amish community.  It was 2011 and he attended an evening potluck for some preaching and singing on the same day I happened to be visiting from Ohio.  He was a genial, sharp, and distinctive as an elder statesman with his long, flowing white beard. Everyone wanted to talk to Monroe so we didn’t have much time but I told him I’d stop by to visit him sometime in Ohio so we could talk more about Honduras. In fact, two weeks ago in when I was in Degraff, Ohio I almost visited him but nixed it because of lack of time.  Now I won’t get the chance…