We have an interesting slate of stories in this week's Amish in the News, so let's get right to it!

WISCONSIN AMISH: A German professor at University of Wisconsin-Madison is taking a leading role as an advocate for the Amish in his state.  I look at him as part of a new generation of scholars and academics who you'll be hearing more about in the years ahead as it relates to the Amish.  With the "dean of Amish academics" - Don Kraybill  of Elizabethtown College - retiring this year, there's "room" for  more Amish academic voices to emerge in the media and I'm sure you'll hear from more, including this gentleman. Click here to read more.

POLICE AND THE AMISH:  The Amish often have a wary relationship with the police.  The Amish like to just be left alone and that sometimes crosses paths with the police who's job is to "be out there."   The Kosciusko County, Indiana (don't bother trying to pronounce it) sheriff's department has been reaching out to their Amish residents in an effort to gain their confidence.  Read more here.  I think the Amish are generally receptive of such efforts.

PEACEFUL PICTURE: This article from Slate has little to do with the Amish, it has more to do with humankind's innate tendency to seek out friends or family, i.e., how we often have a best friend, a spouse, or a really close family member...this article has a photo of two very traditionally dressed Amish men just standing on the beach in Florida watching  the waves.It's such a peaceful photo that I wanted to share it. This single photo captures a lot of what I think is endearing about Amish life. 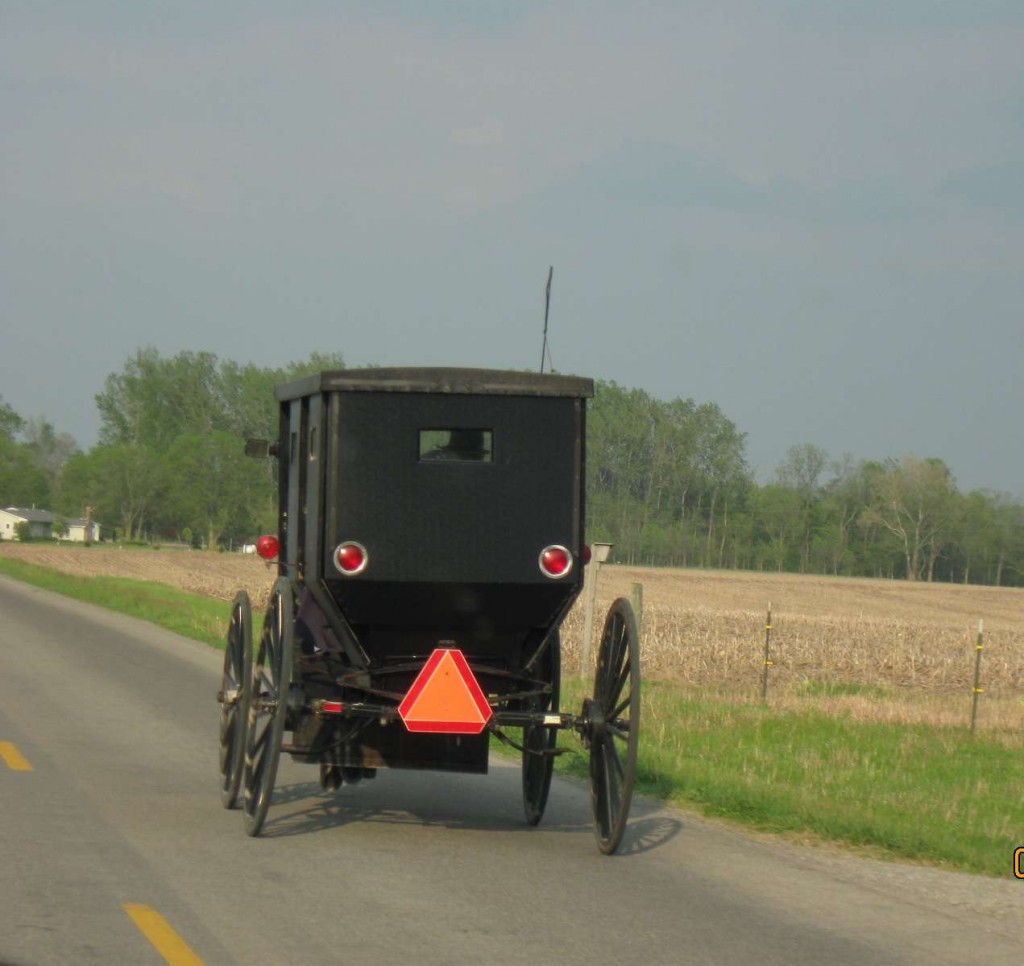 ?  THOSE PRANKING AMISH!   Okay this is another article worth going to just for the photo.  How often can you see a buggy dangling from a roof.  I doubt something like this would happen today.  In many ways people seem more "serious" today and that isn't necessarily a horrible thing, but in some ways this photo represents the last of a carefree, small-town era that is probably forever gone.  Click here to read more and see the photo.

SIMPLY AMISH:   This week we check in with talented Amish writer Arlene Schmidt who writes a twice monthly column for the Courier-Times in New Castle, Indiana.  She comes from a very traditional Swiss Amish settlement with roots in Berne, Indiana.  Click here to read a great sample of authentic Amish writing.

« Melt In Your Mouth Blueberry Cake
The Last Shakers? »