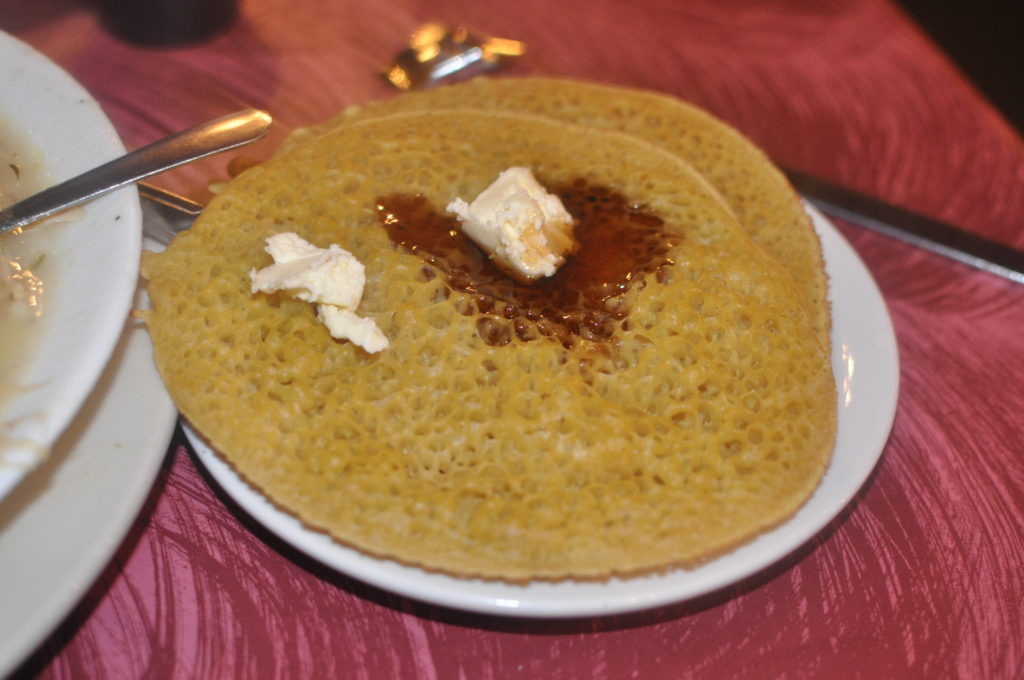 Ployes with a little butter and jam....this was my first ploye so I think was a little tentative about how to "decorate" it, These ployes were on the menu at Dolly's in Frenchville, Maine. 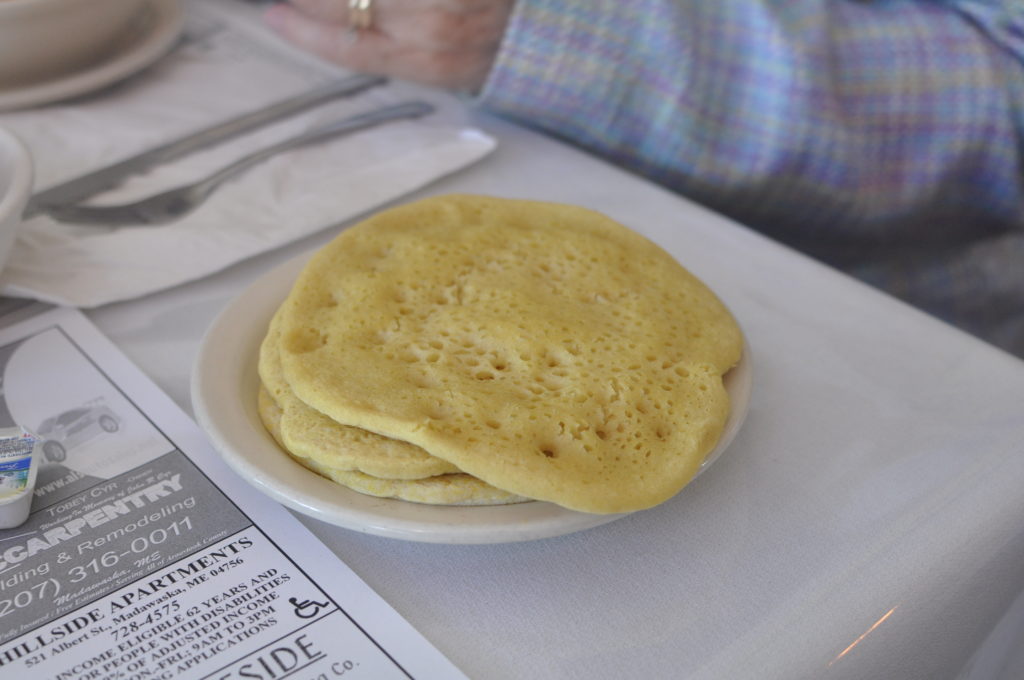 I have been discussing my visit to Acadia this week in far northern Maine and comparing and contrasting the food there with Amish cooking.  The two cultures aren't as far apart as you might think.  Many Amish have their roots in the Alsace-Lorraine region of France.   And the Acadians are descendants of French settlers to New England, so if you go far enough back you have some commonality.  I had never heard of ployes until I arrived in Acadia, but they are common on diner menus up there.  Ployes are not much more than a crepe or a pancake.   Pancakes and cornmeal cakes are popular among the Amish, ployes are popular among Acadians.  Both are basically flat, pancake-like pastries.  Ployes are genereally made with buckwheat which gives them, or can give them, a yellow hue.

Locals either eat the ployes slathered with butter and maple syrup or they simply use the crepe to sop up any of the thick stew or chowder that they are commonly served with.  This is an interesting Wikipedia entry about ployes.

Each family has their own recipe with slight variations, but the basic end product is the same....this is a common recipe.